Apple has proposed a new way to share songs with friends. 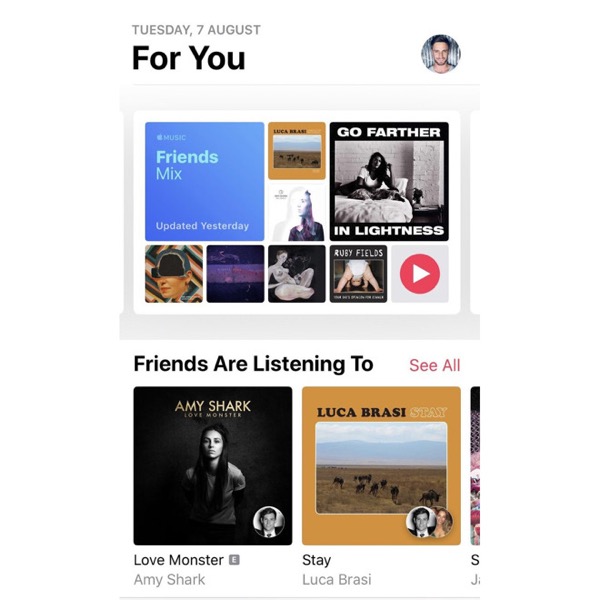 Now tracks friends in a branded streaming service Apple you can listen to a separate playlist. The app automatically collects their favorite songs in one collection of the 25 most popular songs and updates it every week.

Apple Music is already a separate category of “Music your friends are listening to” displaying the albums and singles, any people with whom the user is friends. Now all these tracks are combined into a single mix along with the playlists: “My favourite track”, “Chillout mix” and “New music”.

The mixes on the main page “For you” appeared in 2016, when Apple released iOS 10. Then the service helped me to find new music and collect playlists of the most listened earlier tracks. A year later, the list appeared mix with the relaxing music. Now Apple has added a fourth option.

Apparently, the Corporation wants to offer users one playlist every day. Four days are already occupied, and it remains to be seen what the new mix team of curators Apple Music will come up next time.

The ability to add users as friends and listen to their tracks not available in all countries. In Russia it is still not working, but in neighboring countries like Belarus, Ukraine and Kazakhstan turned it on in the last year.