In the framework of “app of the week” in the App Store, users became available to download utility ABBYY TextGrabber + Translator that allows to recognize text, photographed by the camera of the iPhone and iPad, and translate them into other languages. The normal application cost 280 rubles. 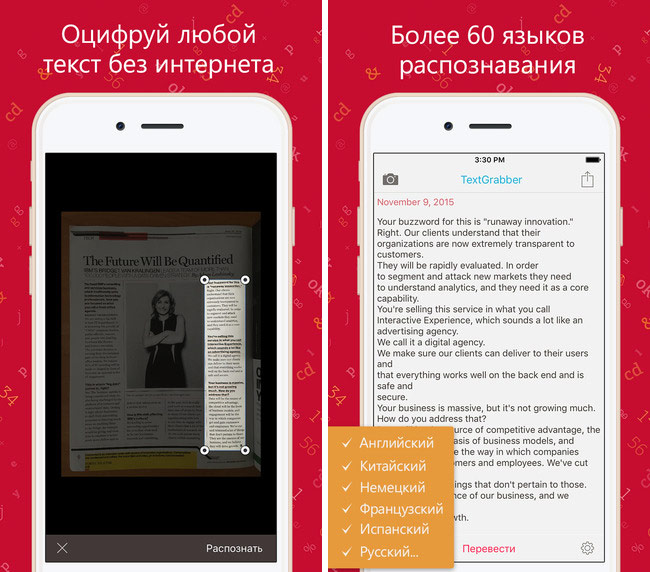 Thanks to the technology of optical character recognition Mobile OCR Engine, the utility TextGrabber + Translator with high accuracy recognizes text directly to your mobile device without having access to the Internet. Enough to photograph text and the app immediately translates it into electronic form.

The recognized text can be easily translated: the program supports online Google Translate service, which allows to obtain full-text translation from 61 to more than 90 languages. The recognition result and the translation is displayed on the display of the mobile device and the user can choose an appropriate font size for display: from small to very large. The text can be send to friends via email or SMS, post to Facebook and Twitter or save to Evernote. 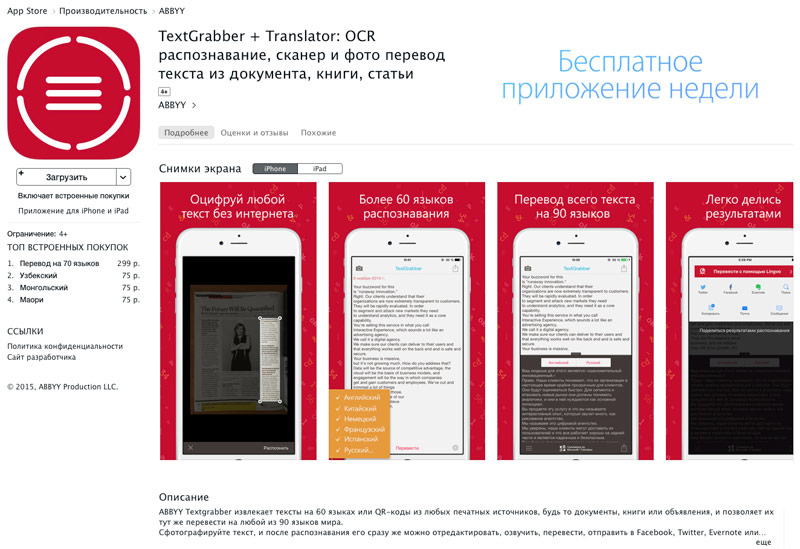 Abbyy TextGrabber + Translator supports VoiceOver feature voice guidance interface, which allows you to work with the application even if the user is unable to consider the items on the screen. With the help of this function, the application can be controlled by gestures: simply touch the screen and the program will announce the name of a particular element on the screen will give a hint on its use.

The app works on iPhone, iPad and iPod touch with iOS 8.0 and higher and autofocus support camera. 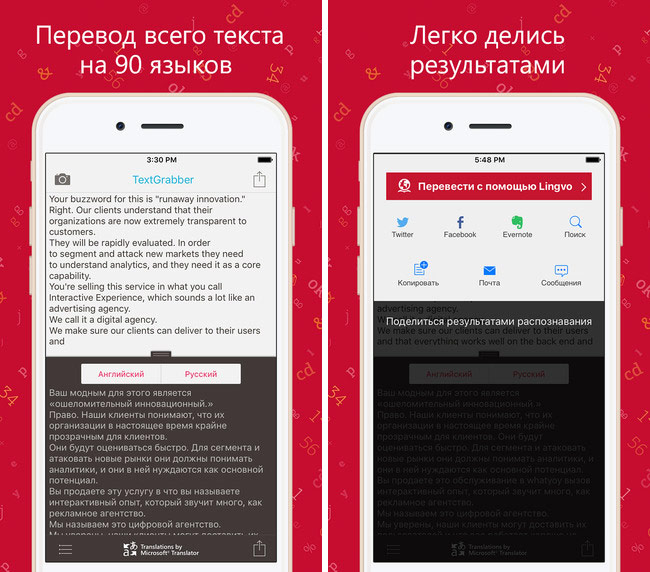