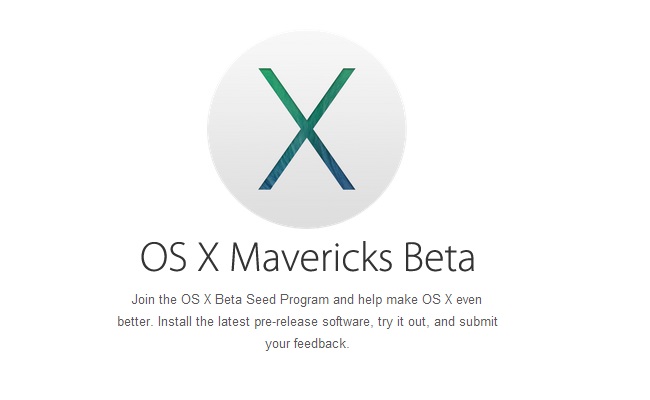 Just yesterday we reported the release of a new build OS X Mavericks 10.9.3 to developers. The beta version of the desktop operating system is updated every week, offering developers to test these or other nuances of the OS. But not only developers can be useful your reviews, and today the latest build of OS X 10.9.3 beta available to all users of Apple technology, as reported by the resource The Loop.

By registering in the program OS X Beta Seed on this link, any user can access pre-release versions of OS X Mavericks 10.9.3. Your feedback on the new system we can help Apple to make it even better or to correct some flaws and bugs. The more testers, the more likely their identification.

This is certainly good news. First operating system from Apple was free, now it’s public for testing. It is not clear what guided the company in making this decision, because before they were treated registered developers. Perhaps the version 10.9.3 has some problems, and to debug it you really need to check on a larger number of users. But there is another theory.

Possible? the reason is that to do beta closed does not make much sense, as everyone and so set them. To register your device in your developer account today is not too difficult. Interest in Apple products is so great that often a beta version of their set FOR not only developers, but also those who have the new version just does not rest. In this case, the question arises: whether to wait for the open beta versions of iOS 8. To answer today of his time.