Apple Park is more like a nature reserve, which dreamed jobs

In the network appeared another video, which depicted the new headquarters of Apple. 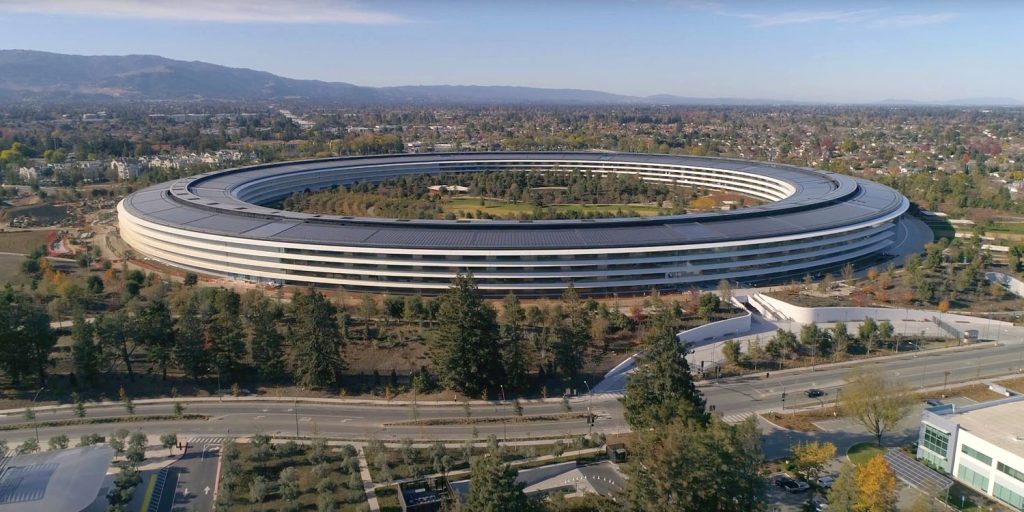 Cameraman and photographer Matthew Roberts published a 4K video recorded with the drone. It can be seen that campus Apple had more vegetation, justifying its name. Now he is even more reminiscent of a Park.

The structure and the area around look like what they were up to Steve jobs. The deceased Apple CEO wanted to turn the new headquarters of the Corporation in a unique nature reserve, open to the public.

The video shows large trees, plenty of grass and other greenery that surround an artificial pond.

Also you can see all the main buildings within the campus and outside, including “Theatre of Steve jobs” and a separate visitors ‘ center, which houses the Apple store, and an aluminium model Apple Park. The latter can be viewed using AR applications for iOS.

Some areas, trapped in the frame, still resemble a construction site with bare ground and mud. And in front of a fitness centre located some construction equipment. This suggests that Apple still has work to do. Nevertheless, it is clear that the Corporation has made progress and will soon finish his most ambitious project.