Apple prepares users for the release of iOS 11

On September 12 Apple will release the final version of iOS 11 for all users, and to promote a new system application “Tips” on iOS 10 started now. 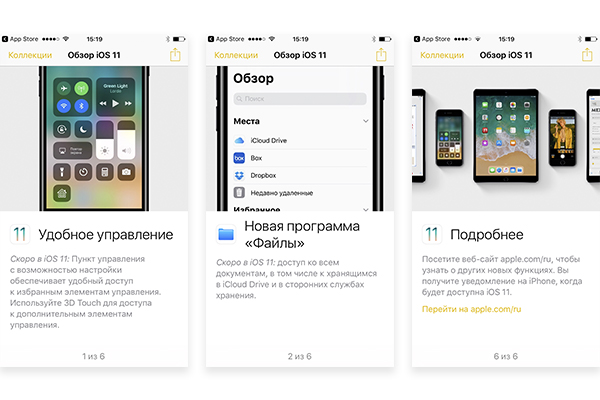 In the application “Tips” a collection of “Review of iOS 11”, which tells about a new control program Files and several other system functions. The iPad app has short videos, where the emphasis on the changed menu and new multitasking dock.

iOS 11 has approximately 140 changes. Among them are a redesigned control center, new App Store, the ability to record the screen of the device and more.

If you can’t wait for the release, here are instructions on how to install the beta version now.