Apple received permission to search its own employees 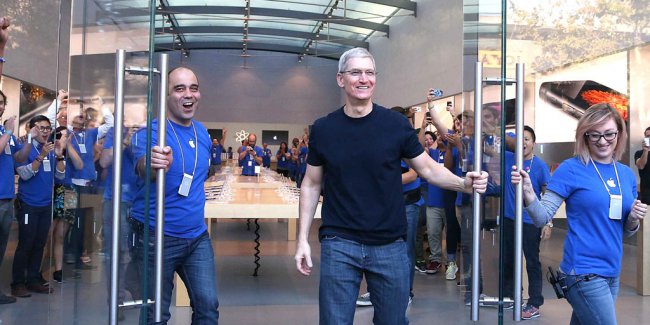 If you got a job at the Apple store, be prepared that before and after the change you will spend 10 to 15 minutes for the security staff checked your bag. The company can be understood: after all, the products sold in its stores, is not cheap, especially when it comes to retail outlets, selling the gold Apple Watch Edition. Meanwhile, not all employees are satisfied with such treatment, and it is logical that less than a year ago against a California company filed a lawsuit.

Staff based their charges on the moral damages for the humiliation that are associated with searches and the fact that every day, spending in these lines their free time, they have incurred losses in the amount of several dollars. Accordingly, the employees demanded compensation from Apple for lost money.

However, the judge sided with Apple and concluded that if workers want to avoid the searches, they always have the best way to do this is simply not to employ any handbags. Thus, the security personnel can legally continue to conduct bag searches of employees before and after work shift.

By the way, when the story surfaced, it turned out that Tim cook was not even aware of any such treatment of employees. When a few months ago, two employees complained to him directly, he forwarded them a letter in the personnel division and asked: “is It true?”. Cook’s reaction to the final verdict on the matter remains unknown.

According to the materials 9to5Mac.com