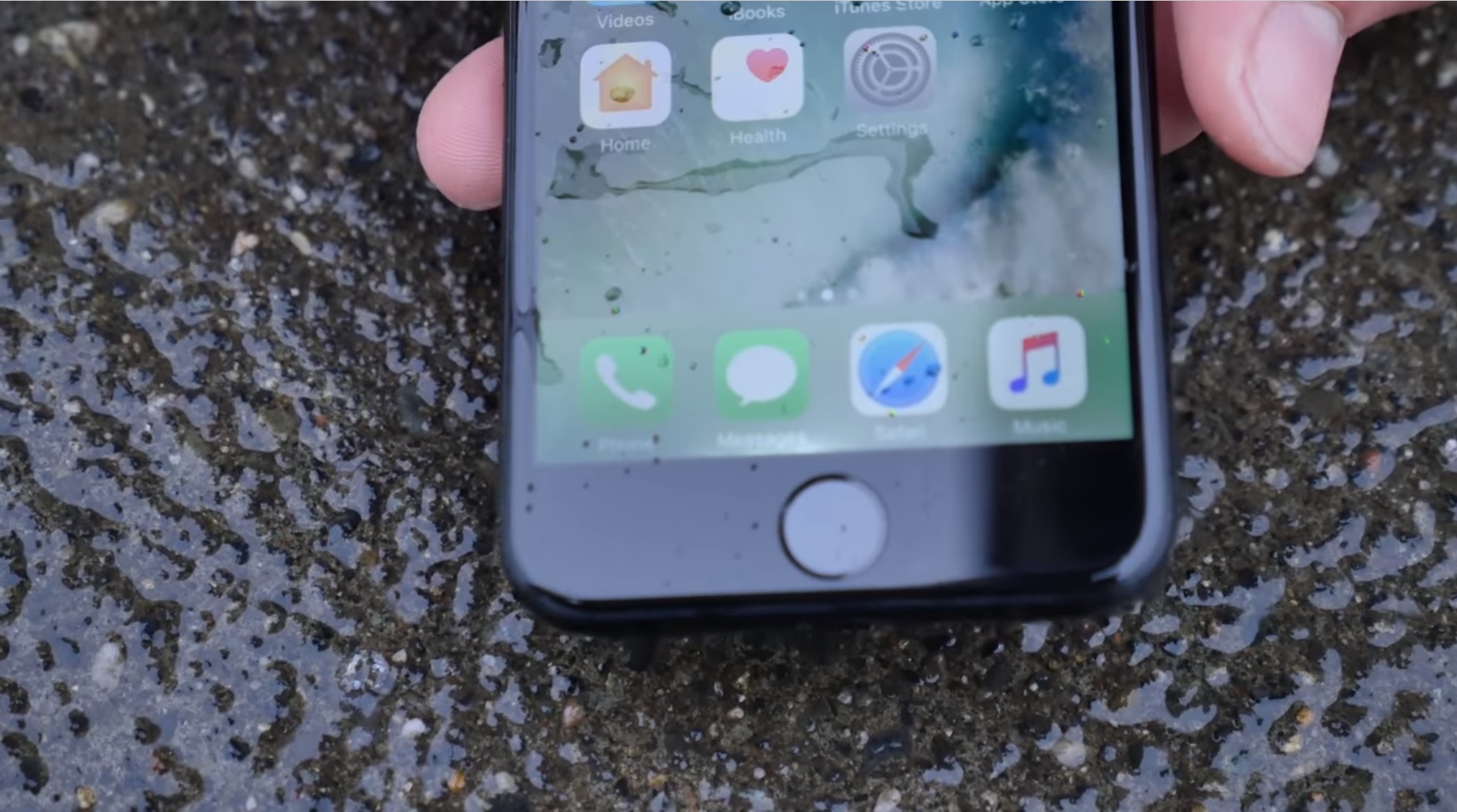 Maybe the iPhone 7 and has the moisture protection, but this does not negate the fact, how people should use this device. And Apple itself recommends that buyers try to avoid placing smartphone in the water, despite the existence of the certificate of conformity to the IP67 standard.

Moreover, the company strongly recommends not to charge the device after immersion in water at least for the next 5 hours. Otherwise there may be serious damage. Interestingly, the guarantee in such cases will not apply because, according to Apple iPhone 7 in any case should not be placed in the water.

“If your iPhone 7 or iPhone 7 Plus was placed in a liquid, we strongly recommend to disconnect all the wires and not charge the device until then, until it is completely dry. The use of accessories or charger with wet phone can cause damage to your iPhone. Before charging or connecting any device to the Lightning port with the insertion of the device into the water, you must wait at least five hours,” says Apple in official documents to the iPhone 7.

Despite the fact that iPhone 7 has shown itself from the best side in the issue of water, “disgrace” even the Samsung Galaxy S7 in the relevant comparison test, Apple insists that “the damage caused by being hit in the apparatus of liquid, are not covered by warranty in case, and to cause these injuries can be “as a result of repeated immersion of the iPhone 7 and iPhone 7 Plus in the water.”

In other words, if you want to make some underwater photos with your iPhone 7 and iPhone 7 Plus – advised to abandon the idea, despite the fact that the devices have safety certificates IP67. The risk of damaging the unit with water still exists, and a higher chance to damage the device associated with normal water and using the apparatus. That is, the older will be the iPhone 7, the more likely it is that when immersed in water the device will be damaged.

Add that waterproof — it’s not a feature of the device that you want to deliberately test the strength. Another thing, when the machine accidentally fall into the water. But again. Apple will not cover the warranty on your deceased iPhone 7 and iPhone 7 Plus, if you take him with you, for example, in a sauna. So better not tempt fate.