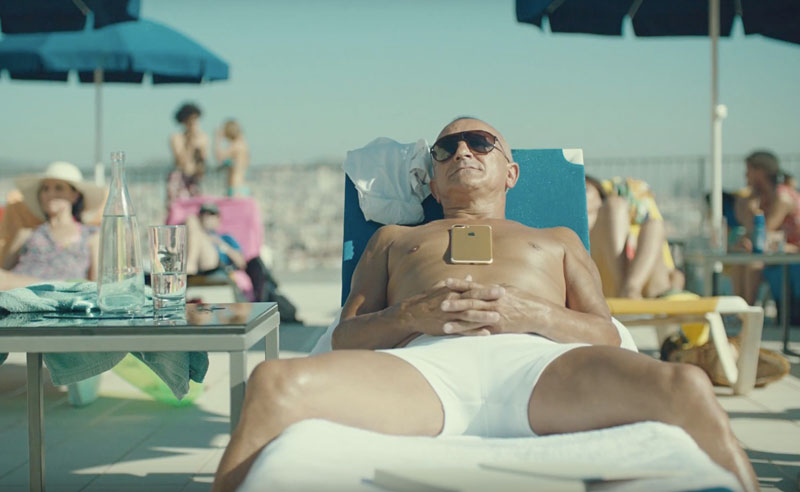 60 second clip for Apple has focused on stereo speakers iPhone 7. Smartphone for audio output uses a dedicated multimedia speaker is on the bottom and the earpiece on the front panel.

In this case, Apple did not miss the opportunity to point water and dust resistant smartphone. iPhone 7 got protection from water lower class IP67, the device is water-resistant but not waterproof. Previous models without consequences experienced dive under the water, but now Apple has officially confirmed the resistance of their gadgets.

Eyed users spotted on the smartphone screen in the control icon AirPods headphones. Unfortunately, they came on the market within the promised time frame at the end of October, Apple delayed the launch indefinitely.

The Dive in is the song La Virgen performed by Arturo Sandoval.