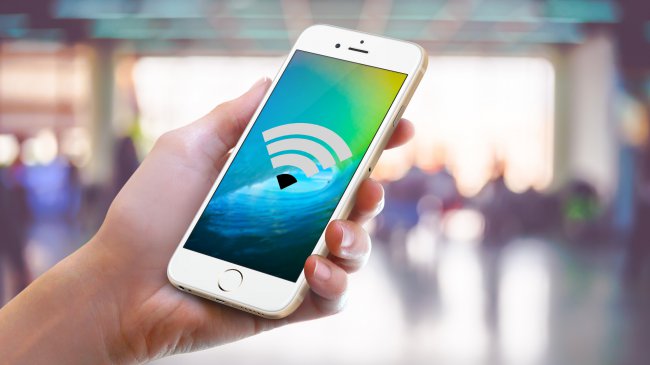 A new and very controversial “Help with Wi-Fi”, added in iOS 9, was pretty cool received by users. Its unquestionable usefulness was called into doubt at the stage of beta testing. But release version, according to the majority, is completely useless. In order to prevent an imminent scandal, Apple said, how it works is not fully understood function.

“Help with Wi-Fi” aims to improve the insufficient Wi-Fi signal connection through the use of a mobile 3G – or LTE-networks. It would seem rather logical and even convenient. But what if Internet traffic is limited, and additional megabytes can be a costly mistake? In this was expressed the dissatisfaction of many users, faced with overruns of traffic.

Apple found the strength to respond to angry customers comments:

“Thanks to the “Help with Wi-Fi”, you will no longer depend on the quality of Wi-Fi signal. You will always be connected to the Internet through your cellular data usage. The system will automatically detect a bad connection and will include 3G or LTE in order to slightly accelerate the download speed”.

This answer caused a different sort of criticism of the company. Some believe that function is useless and even dangerous. On the Apple support forums have been multiple reports that it is foolish to spend your own Internet traffic for free (!) the connection to Wi-Fi.

“Why don’t we just take advantage of the LTE network, for which we pay?”, — ask users.

However, Apple claims, “Help with Wi-Fi” uses data quite carefully, only slightly “adjusting” the weak connection with your router. The function is so “smart” that it will be disabled by the system outside your home region in order to avoid unnecessary expenses in roaming. Moreover, “Aid” not intended for viewing HD movies or listening to music. Its purpose is to allow you just to stay online. Thus, the active mode may be used only for web browsing, sending email, and some others, not demanding to the traffic functions.

You can force disable “Help with Wi-Fi” in “Settings”. Option is available to all owners of iPhone 5 and newer, and all iPad with Cellular module, starting with The New iPad.