According to the publication Digitimes, the suppliers and partners expect Apple to increase sales AirPods and Apple Watch Series 3 in the Christmas holiday period. 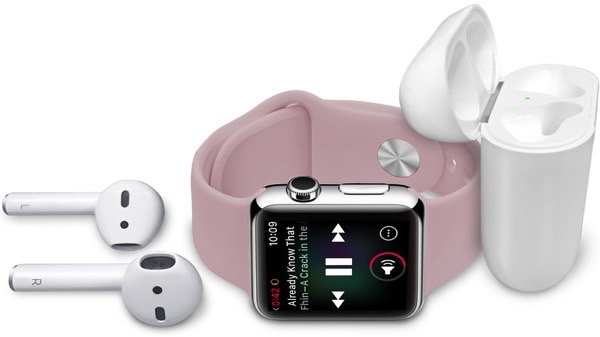 “Quanta Computer, Inventec, Universal Scientific Industrial, Foxconn and Luxshare-ICT and others expect increase in sales of wearable devices in the fourth quarter, in particular due to the growth of demand for AirPods and Apple watch”, — notes the resource, citing sources in the production chain.

Since the official release of AirPods wireless headphones Apple could not cope with the demand for new. Partners noted that the solution of this problem the device may become popular gift during the Christmas holidays. Moreover, Digitimes notes that the AirPods owners who purchased headphones previously, you are able to spend additional funds because the new covers with wireless charging will be sold separately.

As for Apple Watch, Series 3 with LTE support significantly increased the demand for smart watches of the company.