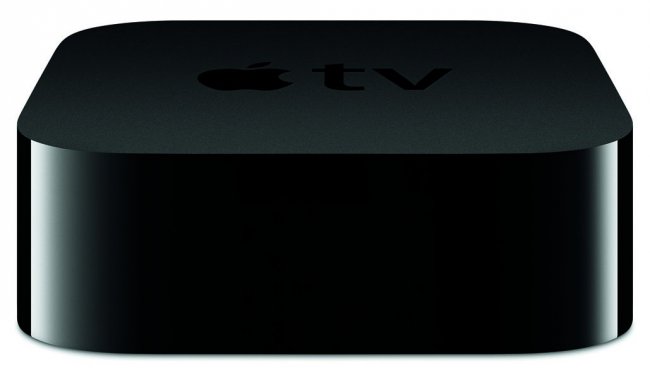 In addition to praise, VarietyApple TV 4th generation got a lot of new and exciting features. Now it’s not just a console, and mediacampaign of supporting many new applications. Thanks to the new operating system tvOS (down with the iOS!) able to communicate with the user by means of voice assistant Siri, as well as to reproduce the sound crystal clear through the Dolby Digital Plus with 7.1 channel system.

Also, the console installs the 64-bit A8 processor and 32 or 64 GB of RAM. But actually not everything turned out so great as it sounded from the stage Bill Graham Civic Auditorium. Some innovations turned out to be very strange and even weird. For example, Siri, which will operate fully only in 8 countries and in 5 languages. Despite extensive knowledge of the virtual assistant in the linguistic sphere, Apple decided to deprive their fans, even do not think of any valid “excuses”, referring to some technical limitations. But Western journalists who managed to attend the presentation on September 9, shared with us his impressions of the new items.

Representatives of the publisher author expressed his opinion regarding Apple TV: “the Management console using a voice command showed itself from the best side during the short time that I was able to spend with her. It turned out that despite my German accent, Siri understood me and responsive to its tasks. Problems with finding foreign comedies she didn’t have any. Apple TV is based on a fairly powerful hardware system-on-chip A8, it is especially noticeable when navigating on the home screen. Flick movies and apps with the touchpad on the new remote is much faster and more natural. The icons have a three-dimensional animation, and the interface looks newer and easier than before.”

In addition to praise, such as Variety deign novelty returns to earth criticism: “first, the interface still felt overwhelmed, but it is not clear why it was impossible to follow the example of Google Nexus Player and Chromecast, and not make the history of recently viewed movies, so you can easily get back to the point at which you stopped. An Apple representative explained that the company is primarily guided by the principle of privacy, because the device can be used by several people in turn. Speaking of Siri. It became immediately noticeable that it is much “smarter”, but questions like “What did he just say?” only work with movies from iTunes. There are also problems with playback of TV shows from the ABC app. What the Apple employee quickly found, noting that a demonstration of the console is focused exclusively on the screening of films. With regard to several issues one after another, and here all is ambiguous. If you start a sentence with a particular keyword, the assistant considers it a new query”.

But what does the publisher of Slashgear: “the appearance of multiple consoles is not correlated with the lightness and novelty of the interface tvOS. The menu items look much more futuristic and colorful than in previous versions. Hardware innovation, which deserves attention, is the infrared port. With the help of compatible devices can turn up the volume, switch between applications, and even connect a wireless game controller.

What you can do through the console, except that it seems to interact with the trackpad of your MacBook. Navigation touch pad is extremely sensitive and very accurately responds to tactile commands. Navigate through the icons of applications with lightning speed. As for tvOS this operating system took the best from iOS and created on its basis. Colorful and fast, it is reminiscent of Android TV”.

The new Apple TV will be available in October 2015 at a price of $ 149 for the version with 32 GB flash memory and $ 199 for 64 GB model. Maybe, Apple will remember that their customers in other countries, such as the CIS, and allows us to talk with Siri and ask her advice in the choice of films.