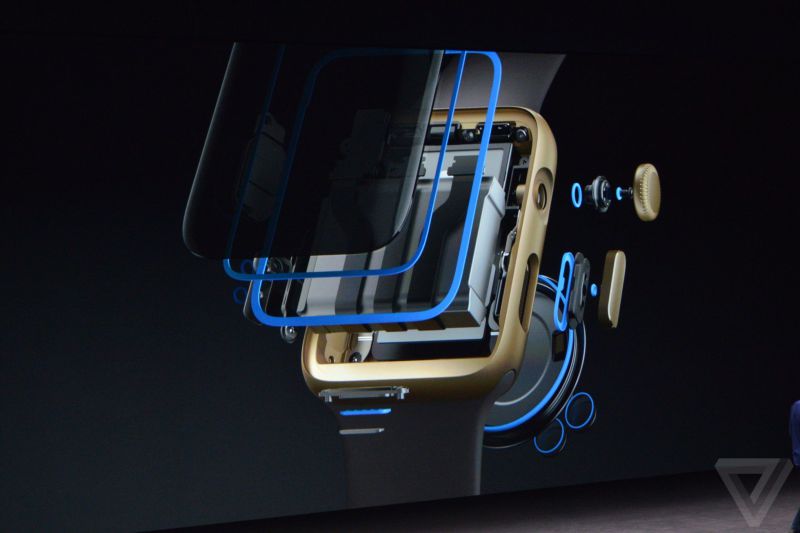 As expected, in the framework of special presentation 7 September, Apple unveiled the next generation of its smart watch, which marked the event as the Apple Watch Series 2. Quite a lot of hardware changes and software additions await us in the new generation of the smartwatch from Cupertino.

Most importantly, what you should know about the device, which is positioned including as a sports accessory — now track your classes will become much more convenient thanks to the integrated GPS, but to observe the indicators your body even in the scorching sun — the screen was twice as brighter. By the way, swimmers can dive to 50 meters due to the modified design, the dynamics of the moisture will be ejected from the housing, and more holes in the Apple Watch did not leave. 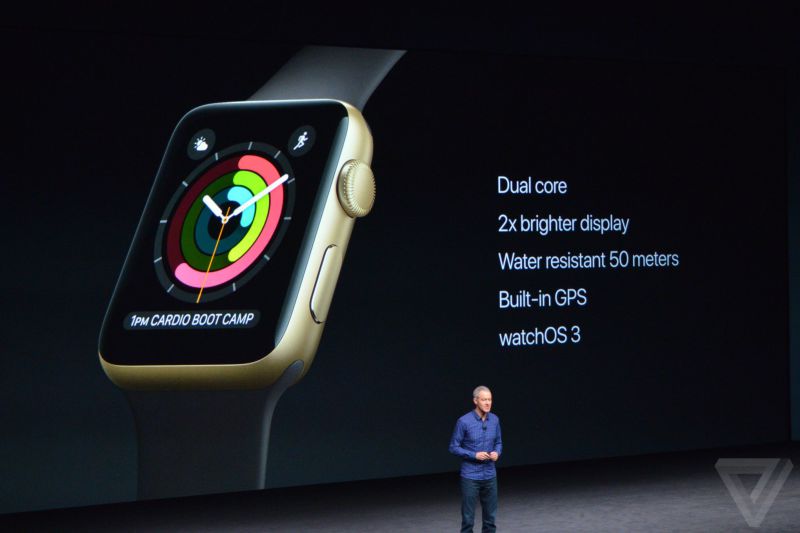 Of course, a new generation of wearable devices from Apple has an updated processor. Now this dual core chip S2, which is 50 percent faster than the previous generation. The graphics subsystem has become twice as fast, which should allow the application to get more “buttons and bows”, or simply run faster. 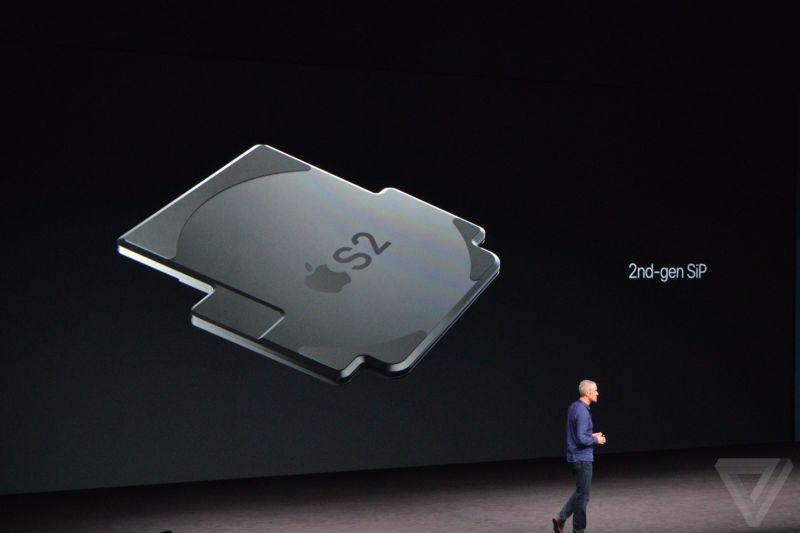 In addition to the standard Apple Watch Sport and Steel, the company pleased us with a new modification of the ideal white Series 2 Watch in ceramic casing. Continued cooperation with Hermes, so we are waiting for new stylish versions of the watch in a variety of variations. 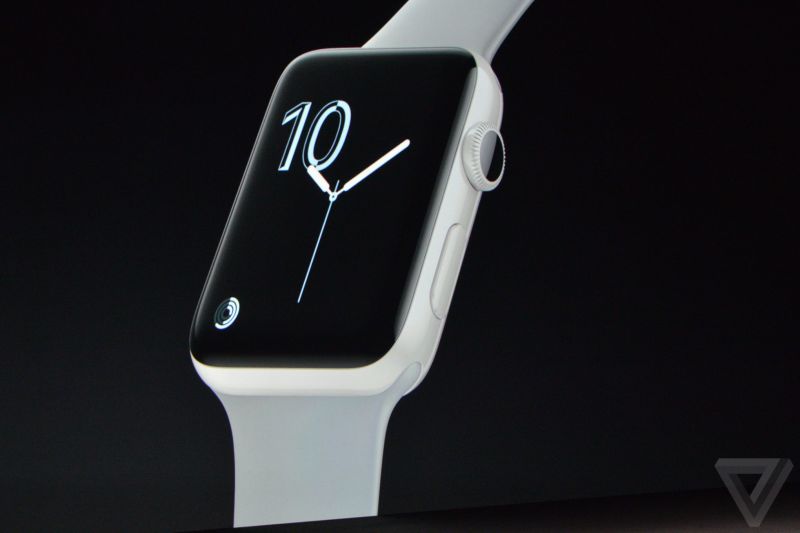 As for the batteries, nothing about it while not directly reported, but we remember the conviction of Tim cook that the daily charge for such wearable devices is sufficient. I hope that this is still not the case. 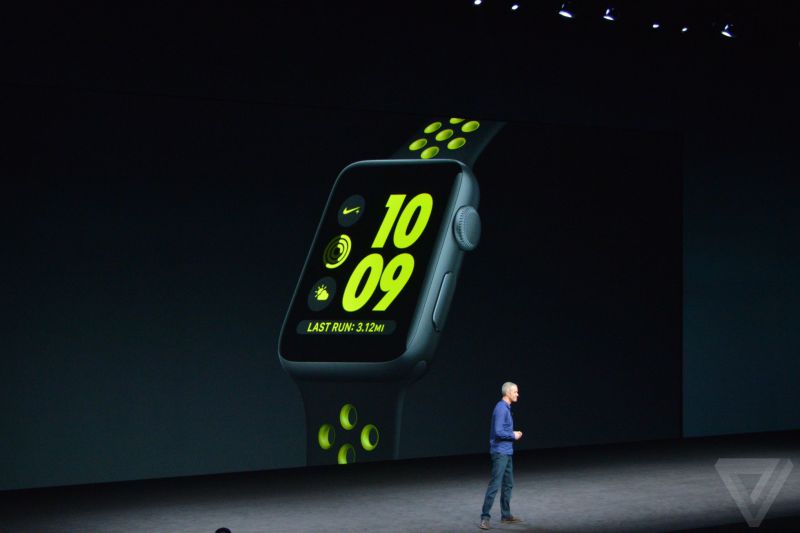 Of course, you are interested in and prices! So, from 369 dollars will cost Apple Watch Series 2. Wherein the first clock generation does not leave the scene: the original Apple Watch to obtain exactly the same processors S2 and the price of 269 dollars, which is not good! The pre-order starts September 9, September 13 will release an updated watchOS 3, and September 16, you will be able to look for something new in stores.