Several hours later, after the eighth beta version of iOS 11 for developers Apple has released the seventh public version.

Before the release there is very little time, and Apple has started speeding up with the beta releases. This might be the last test version before the release of the Golden Master firmware. 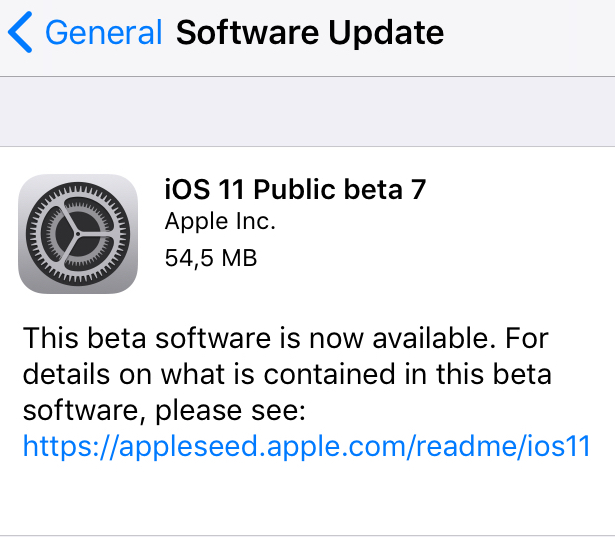 The released version does not differ from release to developers.

IOS 11 will be held at the annual autumn event, the company, which is expected on September 12.