Apple was named the best music albums and songs 2016

Apple named the most popular music albums and songs, as well as the best musicians in the Russian segment of the Apple Music service in 2016. 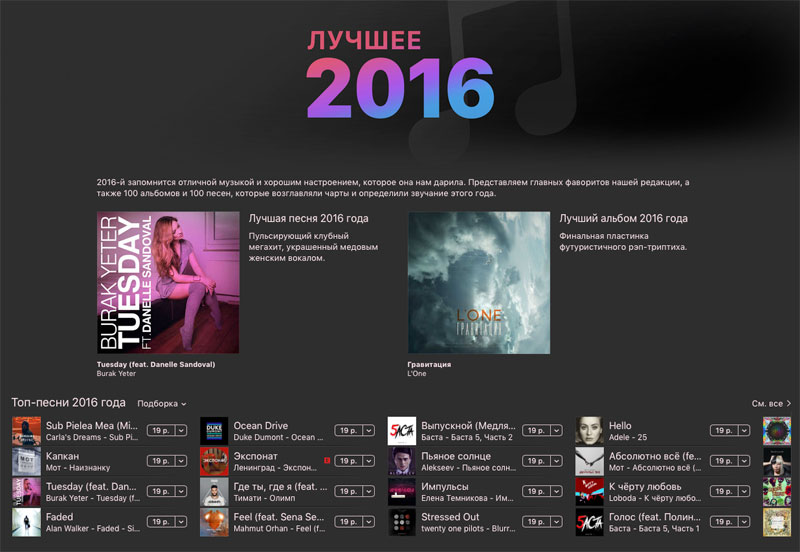 “2016 will be remembered for great music and good mood, which she gave us. We present the main favorites of our editorial staff, as well as 100 albums and 100 songs that topped the charts and defined the sound of this year.”

Biggest-selling track in the Apple Music and iTunes has become a “Sub Pielea Mea” Moldovan musical groups Carla’s Dreams, which appeared in 2012 and has gained great popularity on the Internet. On the second place — a single Mota “Trap” from the album “Inside out”, did not descend from the first lines of the charts for several weeks. Track Dutch DJ of Turkish origin Burak Yeter “Tuesday” became the most purchased song of the year. 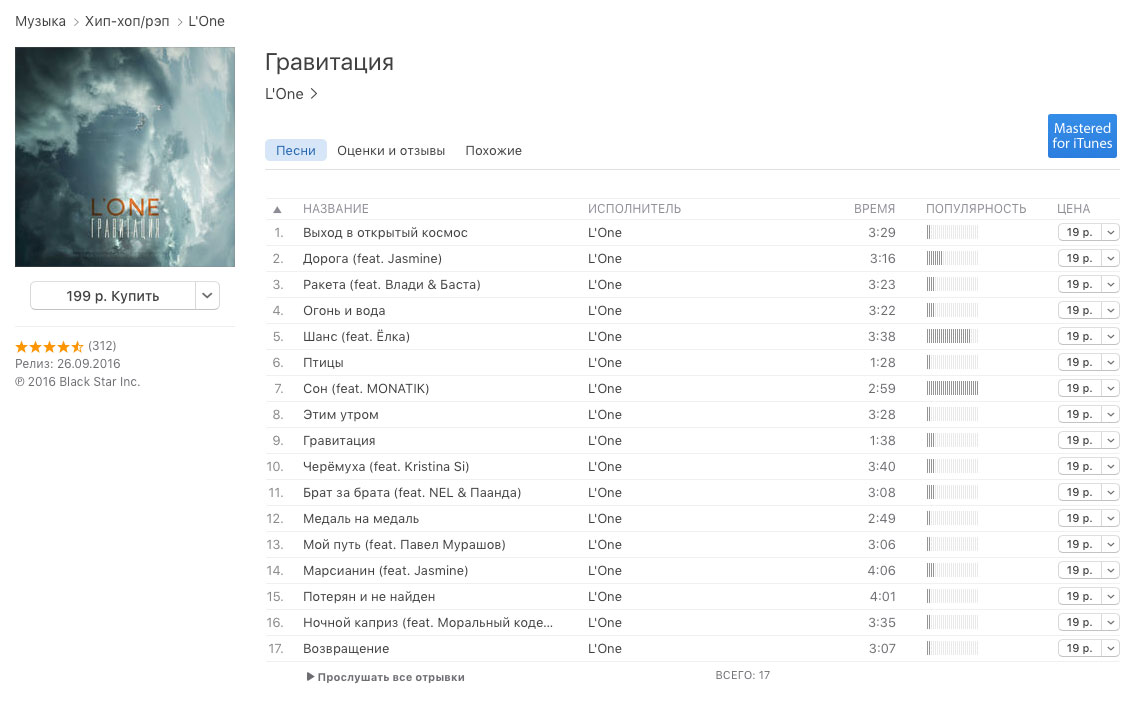 Among the biggest albums of the leader is the fifth Studio album by Busta released in two parts — it took just 1 and 3 positions of the ranking. Followed by “Inside out” Mota.

The best album in 2016 in Russia Apple Music called the album of the rapper L’One “gravity”. But the best song is a club hit Burak Yeter “Tuesday”.