The Apple Watch may have saved a man’s life when he warned him about the strange heartbeat. This told the newspaper the Independent. 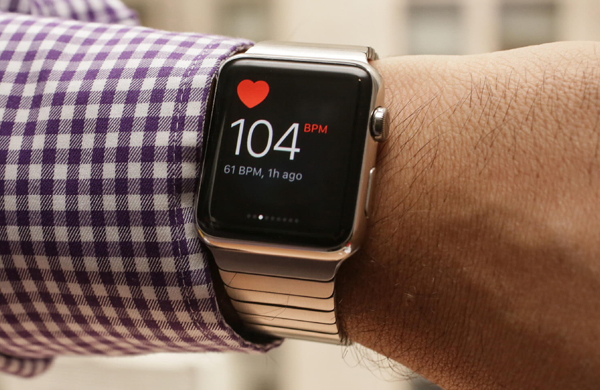 Kevin Pearson followed his father in the hospital when the Apple Watch was announced that with his heart that something is wrong. It was beating with a frequency of 161 beats per minute. The man was sure that the clock was wrong, but still decided to pass the examination.

On the clock screen appeared a hint that you need to sit down, so the Apple Watch could measure his heart rate in the next few minutes. A man’s heart was beating 79-135 beats per minute.

“I didn’t have any symptoms, for example sweating or something like that. My initial reaction was that clock some problem. I felt completely normal,” Pearson told The Independent.

Doctors immediately suggested that Pierson may have atrial fibrillation, because his heart was beating quickly and irregularly. The examination confirmed the diagnosis. Doctor Peterson said that the speed of the heartbeat could also be a symptom of a heart attack or blocked arteries.

Previously, Peterson has used Apple Watch for a calendar of events and as a fitness tracker. They are now more in control of his heartbeat. He set the clock so that they notify him when the heart beats with a frequency of more than 120 beats per minute.

The man also wrote a thank you letter to Tim cook. He hoped that in the future the watch will help save more lives.

This is not the first case when the Apple Watch to warn users about possible diseases. In early may using hours failed to diagnose a serious disease of the kidney in the 18-year-old Diana Recktenwald. 76-year-old Japanese man had heart problems, as it warned the Apple Watch.