Apple Watch vs Xiaomi Mi Band: is it worth paying more

Fitness bracelets have to be popular among sports fans, “smart” watches — among office workers and people with the acute shortage of time. The Gazeta journalist Anastasia Yevtushenko tested the most popular on the market the gadgets of these categories Xiaomi Mi Band and the Apple Watch to find out how far you have to carry on hand an additional device. 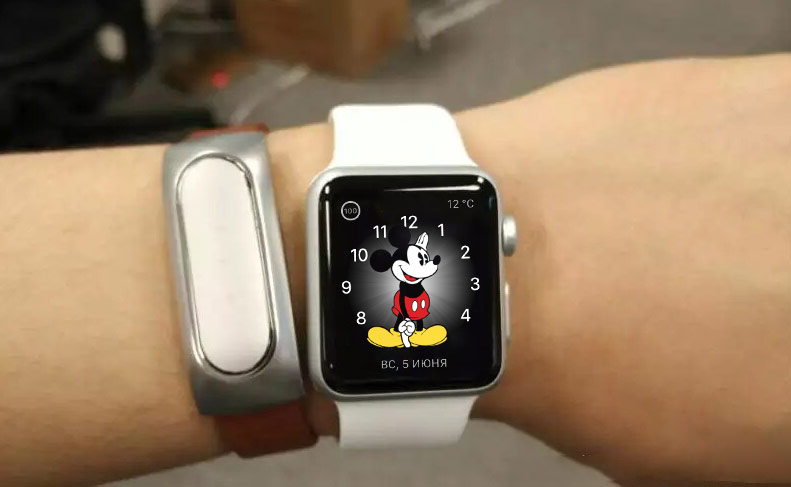 Of course, not the last role is played by the money issue. And if buying a fitness bracelet not too strikes on the wallet (the easiest Mi Band can be purchased for 1 500 RUB.), then purchase the Apple Watch may have problems – the base model costs about 26,000 rubles.

Smart bracelet Xiaomi Mi Band offers the following functions: counting steps, the notifications with a vibration and a smart alarm. “At first pleased with all three functions and life seems filled with meaning — the realization that the goal of 12,000 steps is reached, lifts the spirits and inspires the illusion that a normal day is actually does not only consist of sitting at a computer,” says Anastasia.

Smart alarm helps you Wake up, because it vibrates in the hand as long as his owner will not stand and begin to walk.

“Checking the number of steps turned into something of a routine, as it turned out, you don’t have to be an athlete to overcome in day 12 000 steps. The road to the office took about 4,000 steps, the same back, and the rest were overcome during fermentation in the workspace.

A constant vibration on the hand was less noticeable and meant only that the bracelet works. Look in the phone made only one type of vibration, which meant an incoming call”.

After Xiaomi Mi Band it’s time for the Apple Watch. Comparative impressions of the two devices has developed after two weeks of work with “Apple” gadget. The main claim to the Apple Watch when compared to the Xiaomi tracker touched upon battery life. Out of habit I wanted to use the function of smart Wake-up, but the smart watch is not always possible to put on hand before going to sleep – this time it is necessary to use for charging the device, “tomorrow.”

“Everything came to a halt on the duration of work hours on a single charge. Two full days watch, unfortunately, does not stand, and that means bedtime ritual with connecting the phone to the charge is added another point, respectively, the night watch was busy “restoring” forces, and not my dream.”

Compared to Xiaomi Mi Band gadget Apple was more informative: the notification feature on the device display much more useful. While live communication with people beginning be accompanied by a constant podsmatrivanie Apple Watch, which has removed the need each time to get the phone, but however added to the behavior of a certain strangeness. The journalist praised the Apple Watch, which indicates that the user sits long in one place.

“But what was really helpful is the willingness hours to ensure that their master long sat in place. About once an hour they alert you to the fact that prosizhivanie pants at the computer — not such a useful activity and need to urgently develop.

According to Anastasia, and Mi Band and the Apple Watch is perceived as an accessory, without which “can safely live”. The Apple product is aimed at users who do monitor their activity.

“In the case of the most unpretentious fitness a bracelet one thing is clear — no relation to fitness, he has not. It can be useful for people who want to be sure that a little move and for those who believe in the miraculous properties of “smart” alarm clock.

In the case of the Apple Watch a bit more complicated: the clock is probably really necessary for people intently watching their physical activity, as they help to assess not only the steps but also the quality running, workout, Cycling and more.”

As for other features, they seemed redundant and necessary for those who are really not able to pull it from the phone. “For people to move part of the functions on the wrist is more likely to be a kind of breath of air, and for their friends — at least some ability to communicate with his interlocutor without “the third superfluous”, she concluded.