September 7 in San Francisco will host a special Apple event, which will be officially presented to the smartphone iPhone 7 and “smart” watches Apple Watch 2. Traditionally, the company does not directly call topic convened press conference, however, gives a hint, using attached to the invitation image that says “See you on the 7th” (“See you on the 7th”). This time on the invitation shows the Apple logo in the shape of circles of different colors. 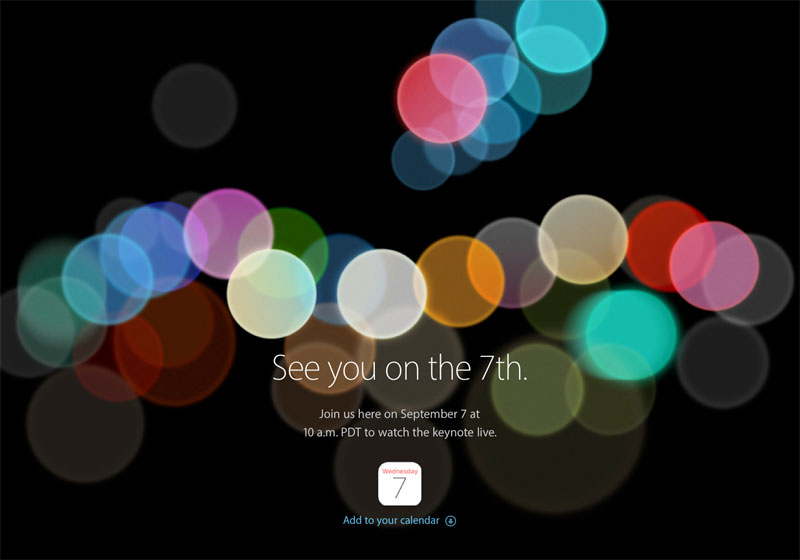 Today on Apple’s official website appeared a page with graphics of the official invitation. The inscription on the website reads: “Presentation of the Apple. Watch it live on the American Apple website on 7 September at 20.00 MSK. The page contains a button to add a reminder to your calendar. View the stream by the owners of iPhone, iPad, iPod touch, Mac, Windows PC, and Apple TV 2G/3G/4G

The conference will be held next Wednesday at the Bill Graham center. The event will begin at 20:00 Moscow time. Minimum requirements for viewing live broadcast – Safari 6.0.5 or later, OS X 10.8.5 or lower Edge Microsoft for Windows 10. To view the broadcast can also Apple TV 2G and 3G with the operating system 6.2, and users of Apple TV 4G. 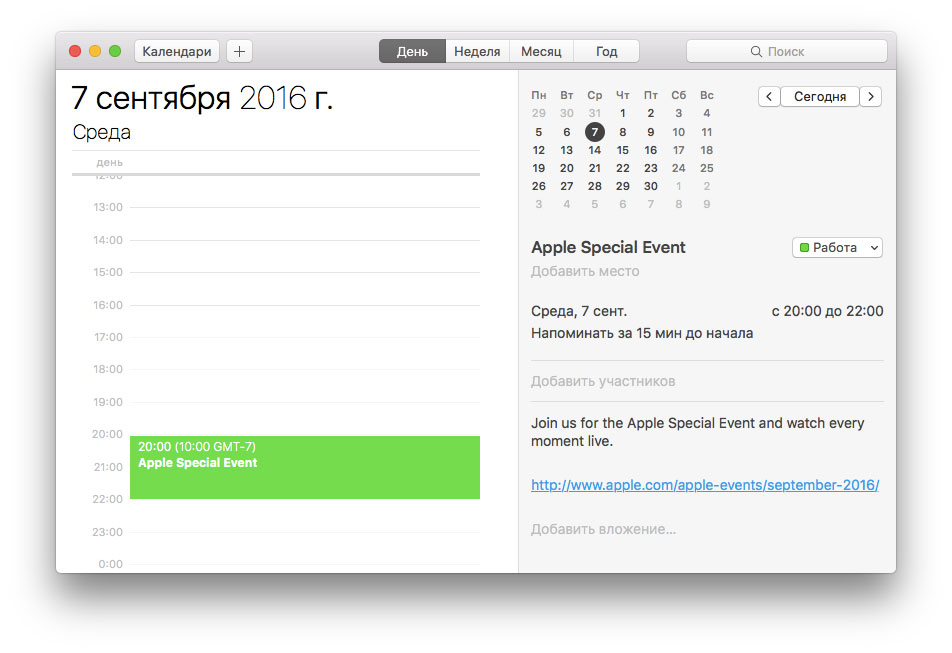 Presumably, September 7th Apple will introduce the iPhone 7 – next generation smartphones with a waterproof body, improved camera and the second speaker is a 3.5 mm autoresume. Likely, the new iPhone will be at least 32 GB of memory (now the minimum is 16 GB) and 256 GB in the older models (currently 128 GB). The iPhone 7 Plus is expected dual-camera and 3 GB of RAM.

In addition, Apple may show new Apple Watch with improved CPU, built-in GPS module. Other significant innovations of smart watches will be the FaceTime camera and the new sensors. Case design and other “iron” components of the device will remain the same as was.