It is likely that Apple will add the ability to unlock Mac using Touch ID fingerprint sensor, which now applies in current versions of iPhone and iPad. Until the moment when this change will appear in computers, Apple developers propose to use to unlock MacBook or iMac biometric sensor Touch ID from the iPhone. Recall that it is installed in versions 5s, SE, 6, 6 Plus, 6s and 6s Plus. 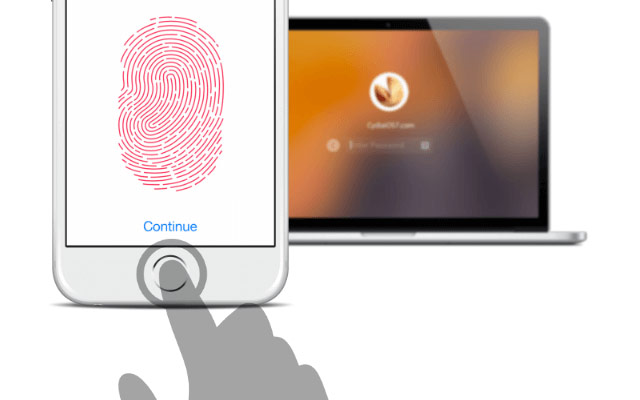 According to the resource MacRumors, Apple engineers are working on the automatic unlock Mac using iPhone. To implement this will allow you to connect devices via Bluetooth LE, economical cost energy device. To implement quick unlock will need a smartphone on iOS 10 and a Mac running OS X 10.12.

Apple is already using remote unlock iPhone using Apple Watch. If there is a connection between the devices, the smartphone does not require a password. In the case of Mac, the owner of an iPhone with Touch ID will not have difficulties with unlocking the Mac, as everything will be fixated on the touch of a finger. More old-fashioned users will have “old-fashioned” to introduce an ordinary code.

It is expected that Apple will introduce OS X 10.12 in June at its annual developers conference WWDC 2016 which will be held in San Francisco from 13 to 17 June 2016. One of the major innovations in the OS in addition to minor improvements of the user interface will be voice assistant Siri.

Integration of the virtual assistant on the Mac is still under development, but sources suggest that the feature will be ready to perform many tasks. Among them, opening applications, searching the web, sending messages to contacts, control system “smart home” HomeKit, read e-mail, setting up calendar events and other functions.