Apple has announced the launch of a program for the utilization of “smart” hours. Now the retail network of the company will accept for recycling not only iPhone, iPad and Mac but also the Apple Watch. Thus in contrast to other electronics, users of “smart” watches, who decided to abandon a capable device, will not encourage gift certificates. 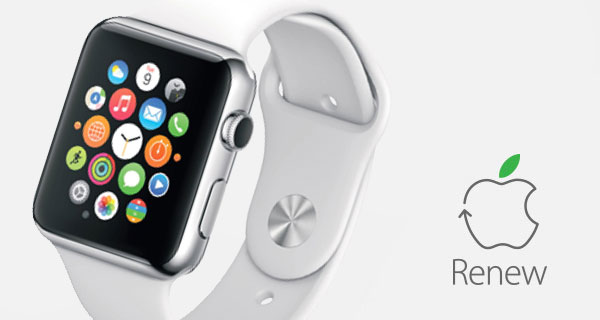 Information about new regulations appeared on the official Apple website. The report said that the manufacturer is pinning a lot of hopes on alternative energy sources, which someday will help to avoid unnecessary contamination of the planet.

In 2014, Apple began offering gift certificates to anyone who brings your iPhone and iPod in good enough condition to resell the device. Now in official store began to offer to dispose of the Apple Watch. However, these conscientious defenders of nature, for some reason any promotion is not provided.

“With Apple Renew you will be able to give your devices for processing easily and quickly and most importantly safe for your data and for the ecology of the planet. You just have to take the old device to the store where you bought them”, – told in the company. 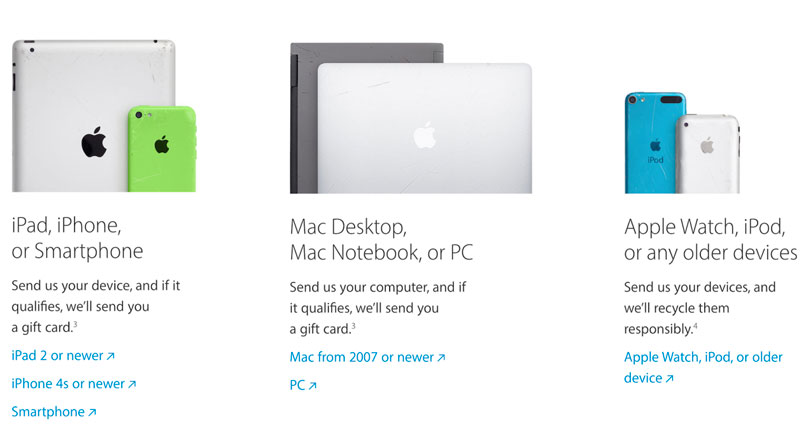 Apple used a pump to roll out new devices, and with no less fanfare-it destroys them. In the case of iPhone, the company examines the smartphone “to the last screw” to any component do not abuse the environment this was developed for a robot named Liam, who for 11 seconds dismantle the device for parts.

Users who are thinking about buying a new Apple Watch, can easily dispose of old. The Renew program, you can select the store or order a courier, who will take the gadget for processing.

For those who think that recycling is not a problem, at a presentation Apple gave a figure. CEO Tim cook said that in the world activated more than one billion Apple devices. So it is great that steps in this direction makes itself the Corporation — I want to believe, not only because some tax breaks or order to avoid criticism, but from the heart – just because you know the risk to die from pollution may become for us the same inevitable future, as well as the presentation of the iPhone 8.