Two months ago, Samsung is solemnly presented a new flagship — performance, waterproof and quite expensive (from 65 000 rubles in Russia). Pre-orders for Galaxy Note 7 has already taken two days after the premiere. Delay with the start of sales was impossible approaching the announcement of the iPhone 7 and iPhone 7 Plus.

Everything went fine until the end of August, i.e. before the first news about the explosions news. In the Network almost every day spread photos Galaxy Note 7, turned into a piece of rare glass. Samsung responded to these notes by the closing of pre-orders in those countries where the sales have not started yet.

Of course, Samsung withdrew all smartphones from stores, and the owners of the Note 7 was guaranteed exchange potentially explosive smartphone is guaranteed safe. If you believe the Asian manufacturer, the proportion of defective batteries was about 0.1% of all the first party.

In the end, Samsung was in a really bad situation. While Tim cook showed the iPhone 7, in Korea read the news about how their flagship burned jeep and rumbled in the hands of a six year old child.

According to research firm Branding Brand, interviewed 1,000 buyers of the Galaxy Note 7, following the incidents with explosions, many have decided to never buy Samsung smartphones. 34% of the current customers of the company stated that they decided not to buy Korean smart phones. Of these 34% not less than 81% always use any Android device. 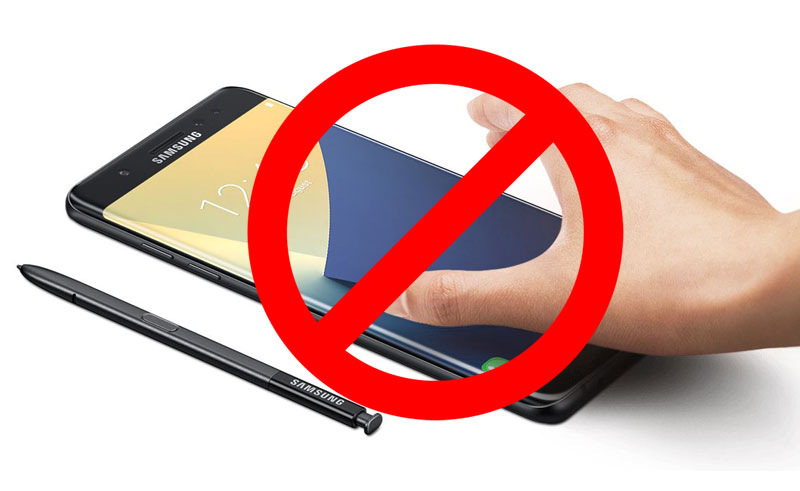 51% of those who plan to abandon the products of Samsung, said that he intends to move to another Android device, and 34% decided to switch to iPhone. This study looks much more truthful than the statement from Samsung that 90% of owners of Galaxy Note 7 has chosen an exchange, not a refund.

It is noteworthy that Samsung pretty quickly figured out with defective batteries, has released a new batch of handsets and resumed sales in South Korea. It appears, however, that their new Galaxy Note 7 weakly hold a charge. Moreover, there were reports of explosions phablet from a safe party. Now finally the word “Bang” stuck to the South Korean tabletm. People who do not follow the technology, recorded in the mind of the stereotype that these smartphones really dangerous, it is better not to buy.

Analysts do not doubt that the Galaxy Note 7 will be significantly less popular than expected. The wisest thing that can make Samsung to officially announce the final and irrevocable termination of sales of the device. In this case, the Galaxy Note 7 would be remembered a legend and a Martyr, not a smartphone, which likely lost the war iPhone 7 Plus.