At the world Congress of hackers demonstrated a North Korean iPad

Whatever may seem to the closed North Korea, but in this country there is a place for modern technologies. In the reserve of archaism has more than 7,000 Internet users in the fenced from the outside world Network, and the computers establish a special version of Linux called RedStar OS. Recently at the world Congress of hackers (Chaos Communication Congress) presented a rare tablet Woolim, which is used by some of the inhabitants of North Korea. 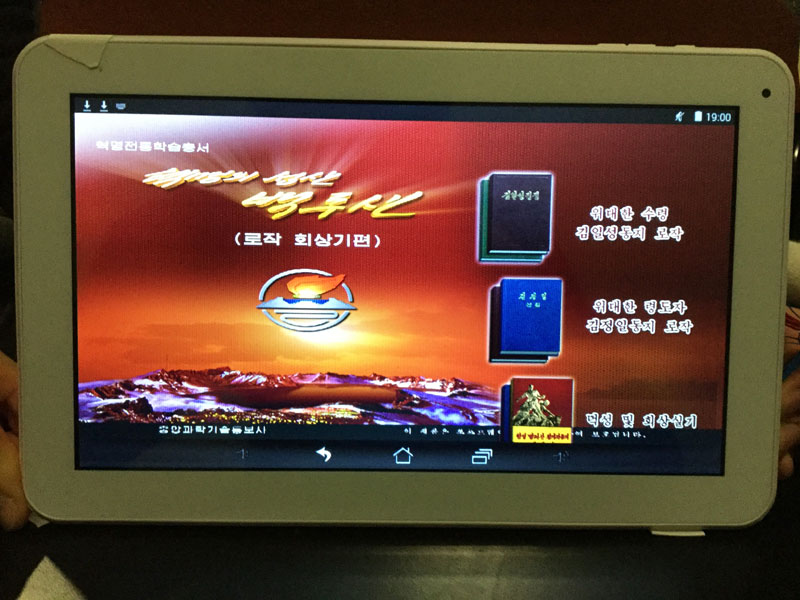 During the event it was revealed a lot about the computer industry in the DPRK – in particular showed the operating system “Red star”. After the report of the human rights group from South Korea gave them an unusual tablet. Functionality Woolim markedly restricted: device removed some components (including modules Wi-Fi and Bluetooth), and a North Korean software.

In the memory of the tablet downloaded the PDF guide on the use of the gadget and the set of political and propaganda books. Delivered programs for online connections to broadcast local television and “Kineto” – a private, closed North Korean computer networks. Interestingly, Woolim installed a customized version of Angry Birds. There are also educational applications, including Chinese, Russian and French dictionaries and multiple educational programs for kids. 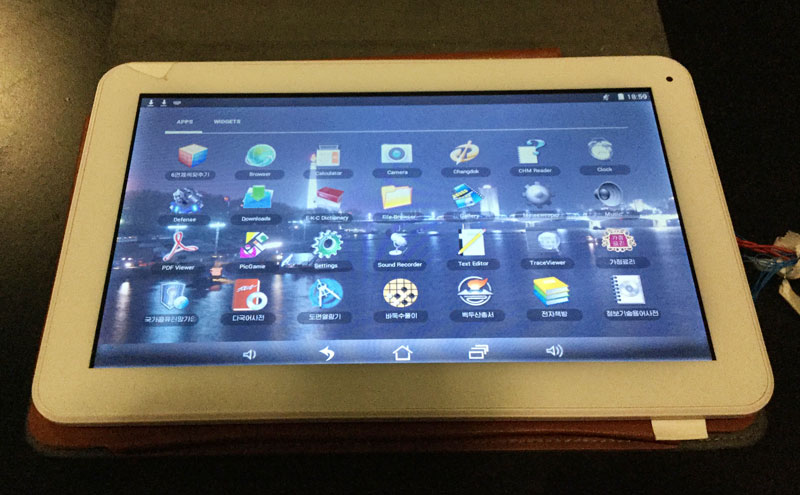 The user Woolim can not download files or install applications, but when you try to open a document, the system checks its cryptographic signature. You can open only certain types of data (text files, HTML pages, made tablet photography). Every time the user launches any application, the system makes a screenshot, which you cannot delete.

Judging by the date of issue tablet 2015 the device can be one of the last models in the DPRK.