Badland Brawl — a colorful alternative to the Clash Royale

In the App Store a lot of games that copy the mechanics of the game Clash of Clans. But there are almost no alternatives to Clash Royale. The developers of the famous game Badland has decided to occupy this niche with PvP Badland Brawl. 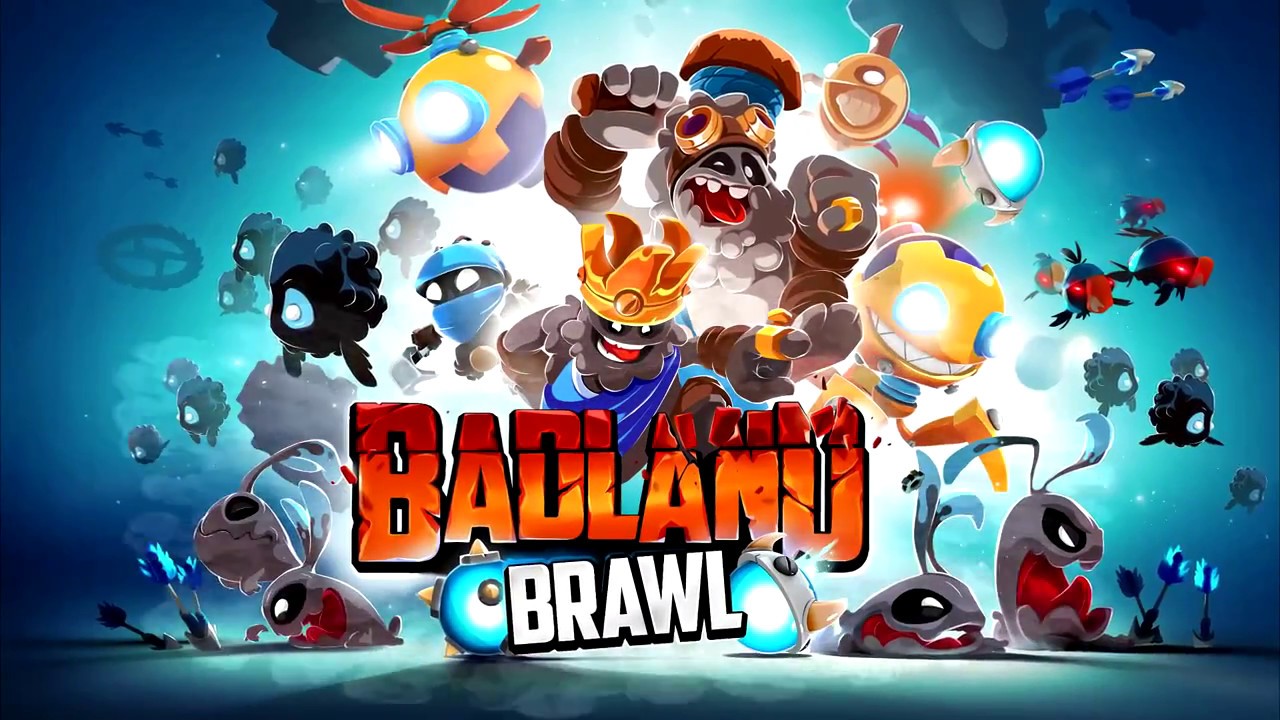 Studio Frogmind has set a high bar when they released the first part of the Badland. In the second part of the developers raised it even higher. Badland Brawl continues the tradition — it is the same quality game with great graphics and physics. This is evident from the first run, when starts the learning process.

I called it the alternative to the Clash Royale. Another short explanation is there. The player’s task to defend your tower and destroy the tower of your opponent. To do this, using the catapult you need to run different characters and weapons. The most interesting thing in the game, there are combinations that amplify the destruction. For example, if you run a big bomb, and then “Boom rocket”, the bomb from getting into the tower opponent. 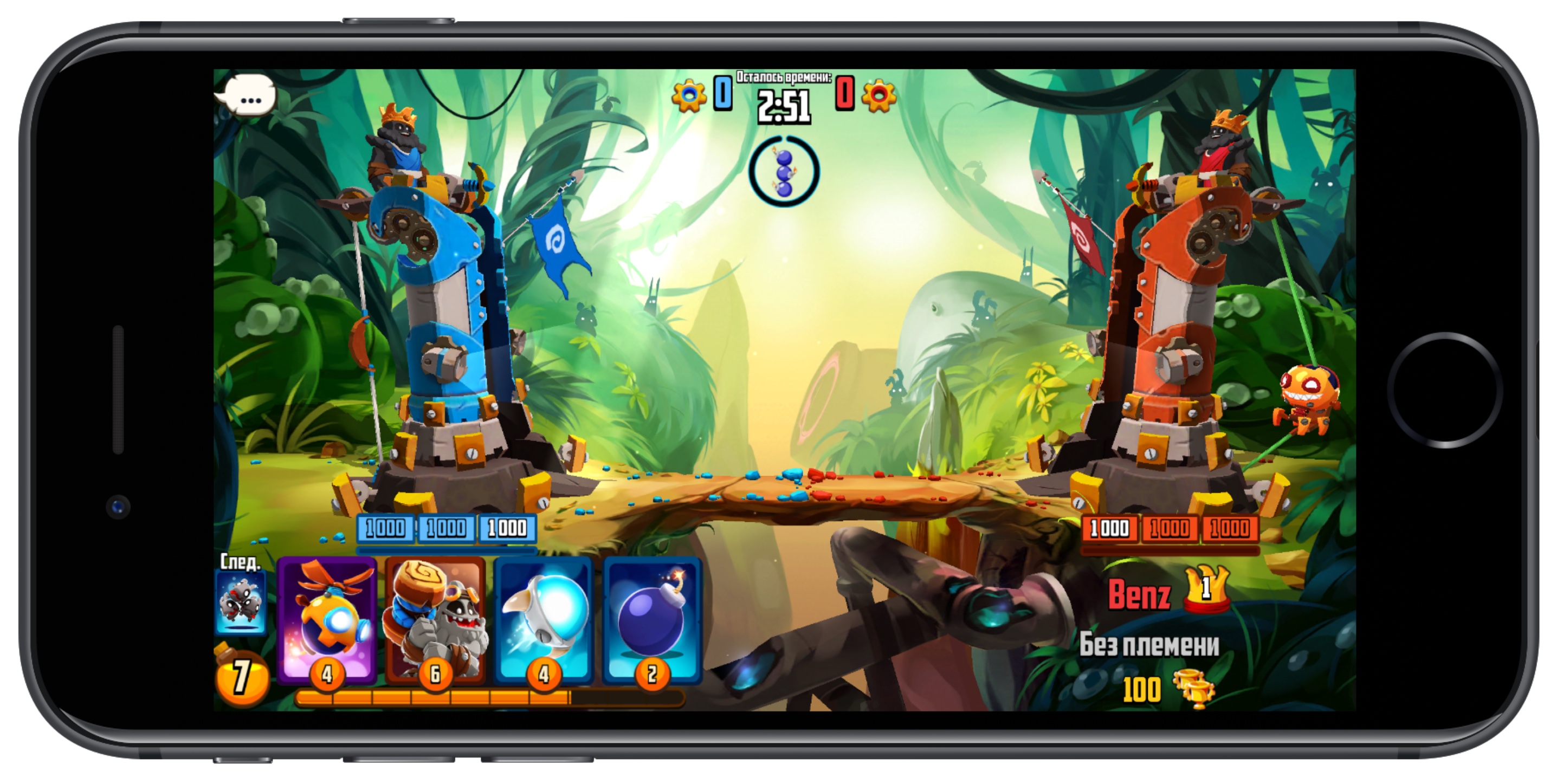 In the same way as in the Clash Royale, to release the hero, you need to wait for the right amount of elixir. The player will have to constantly change the deck to pick the best cards that consume little of the elixir and thus effective. 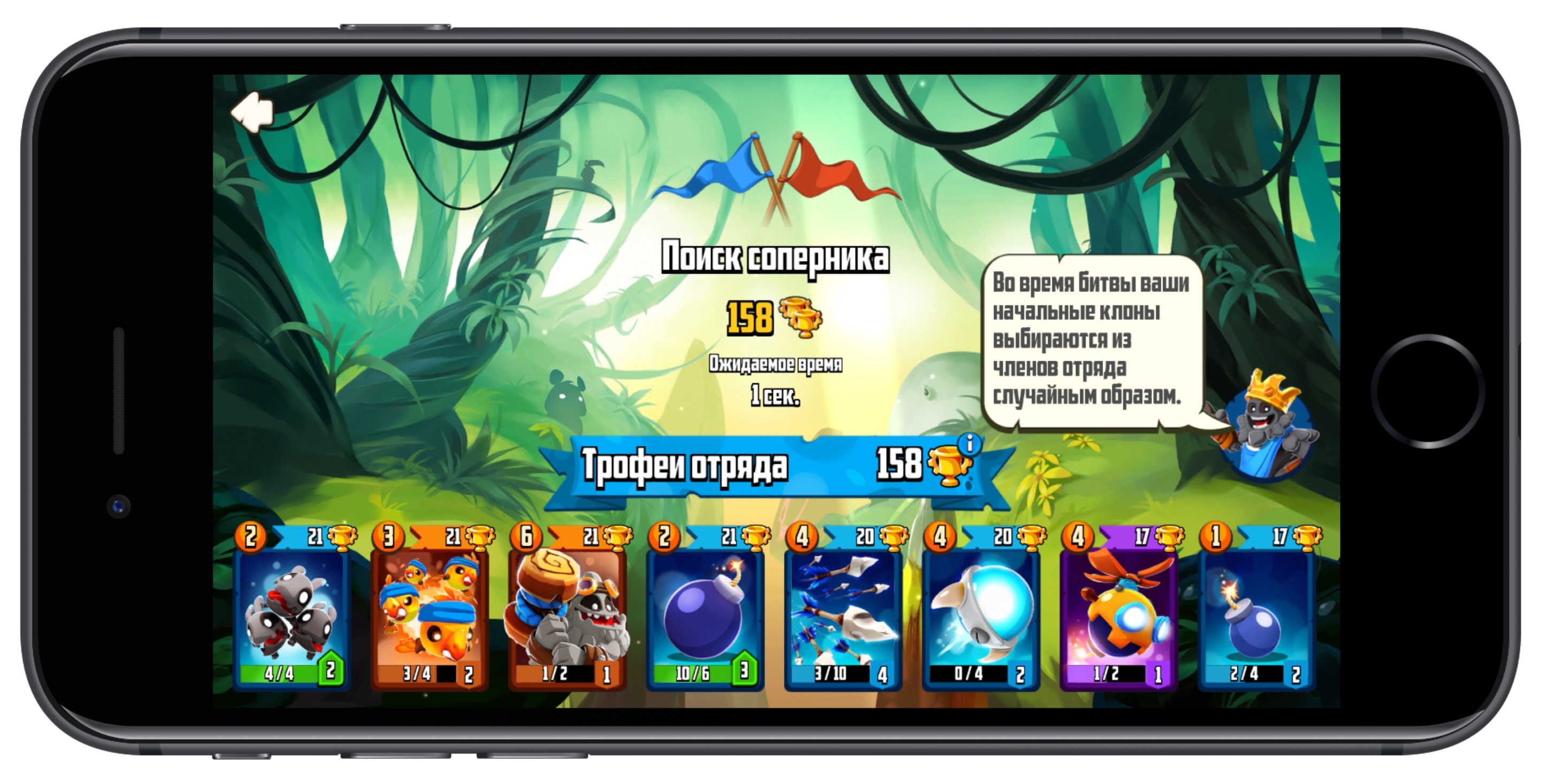 The great thing is all the battles are real players. Because of this, the chances of winning is constantly equal and only chooses a strategy. The winner gets not only money, but also ranking points.

As you progress through the game, Badland Brawl will open new locations and characters. They can be improved. To do this, the player will be given the eggs. To open them, you need to wait a few hours or pay a few crystals, which are expensive currency. Crystals can be bought for real money and get for certain achievements in the game. 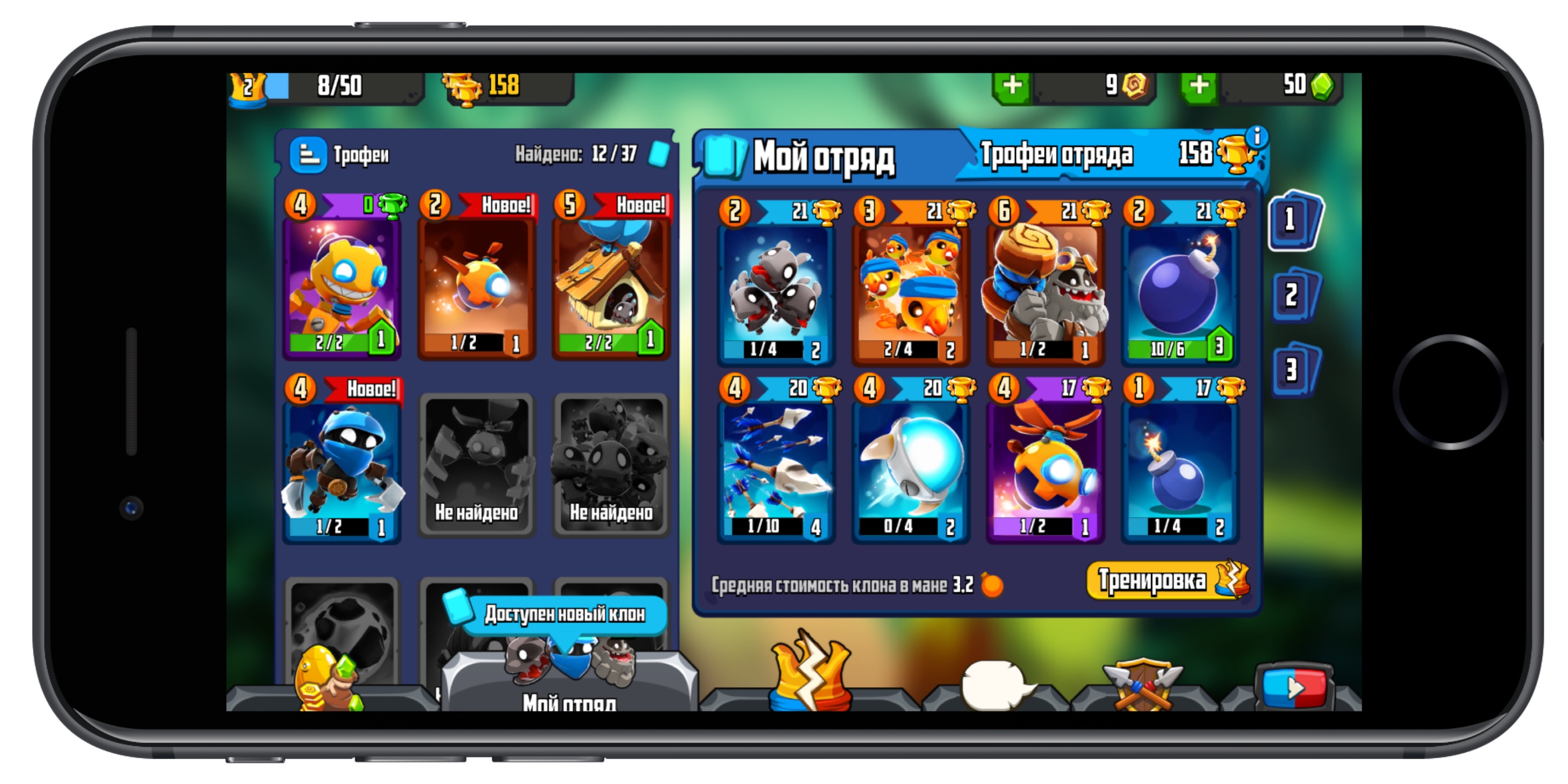 In Badland Brawl there are tribes (clans). Each player can create their own tribe and invite friends. Players from the same tribe can fight in the “2 on 2” and exchange cards.

From Frogmind was an interesting game, which although similar to Clash Royale, but stands out with beautiful graphics and qualitative physics.