Battery iPhone 8 Plus swells during charging

Sales of the iPhone 8 and iPhone 8 Plus last only a week, and users have already started to report about the defective models. 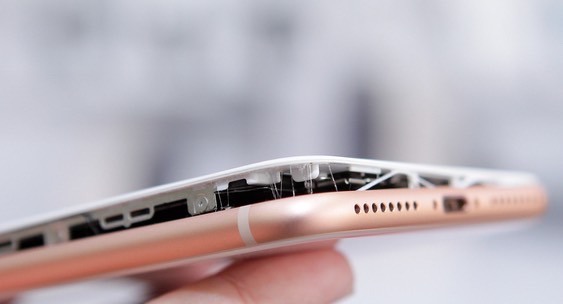 The owner of the iPhone 8 Plus from Taiwan reported that is connected to the charging smartphone suddenly fell apart. The photo shows that the iPhone display is disconnected from the back panel but no other damage observed.

The girl said the incident occurred five days after purchasing the iPhone 8 Plus. The smartphone was connected to the charge for three minutes, after which the screen is completely separated from the body of the device.

A second similar case while charging the iPhone 8 Plus occurred in Japan. This time connected to charge the smartphone has swollen up and its screen was curved. About the incident the owner of the gadget, said in his Twitter. 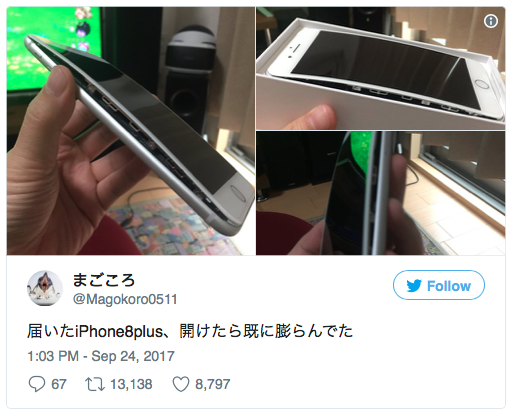 In both cases, the girls claim that used for proprietary charging cables and Apple adapters. However, it remains to be seen the staff of service centers of Apple. Usually, problems with the battery occur due to the use of third party cords and power adapters.

The press service Apple has not commented on the cases of failure of battery new iPhone. Both smartphones have been sent into the company for further investigation.