Driving and music are inextricably linked, perhaps, since those times, as cars were fitted with a simplest radio receivers. Now sound quality in the car thing is so common and important that drivers soon will change the radio (“does not read USB!”), than put a new bumper instead of split. It is therefore not surprising that most car games or otherwise interact with the music – for example, Beat arcade Racer. 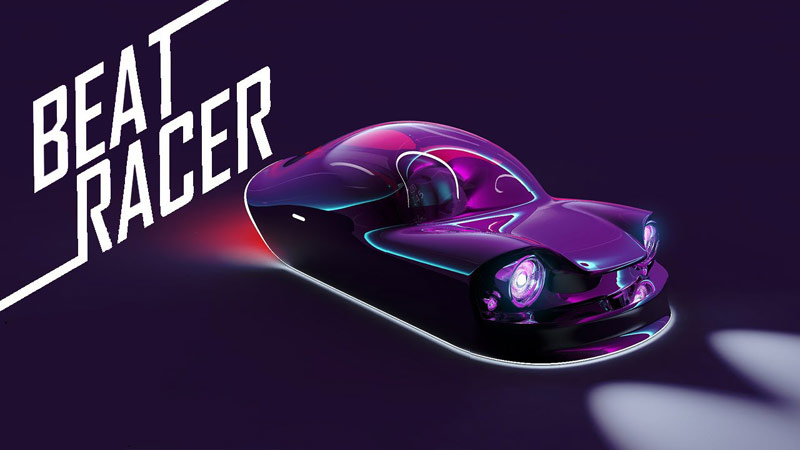 Your small but swift race car rushes through the futuristic highway. Ahead from under the tracks flying spikes, and behind sneaks wedge-shaped machine clearly has good intentions. Not to fall for the tricks of the enemies, the spikes need to jump (swipe), and from the pursuer to get rid of, firing by electricity, the accumulated route from picking up any useful pieces. Oh Yes – everything is going a bit wild.

Have something in common with Audiosurf – where the route is fully generated on the basis of the uploaded music; in Beat Racer tracks built originally, but will affect the landscape of the trip, no less. For example, when you cut the bass, the surrounding town and the car is much whooping. When wedged in the reef, then pour on the road the very sphere, charging the gun. When the dynamics of the damped – so you can catch your breath. 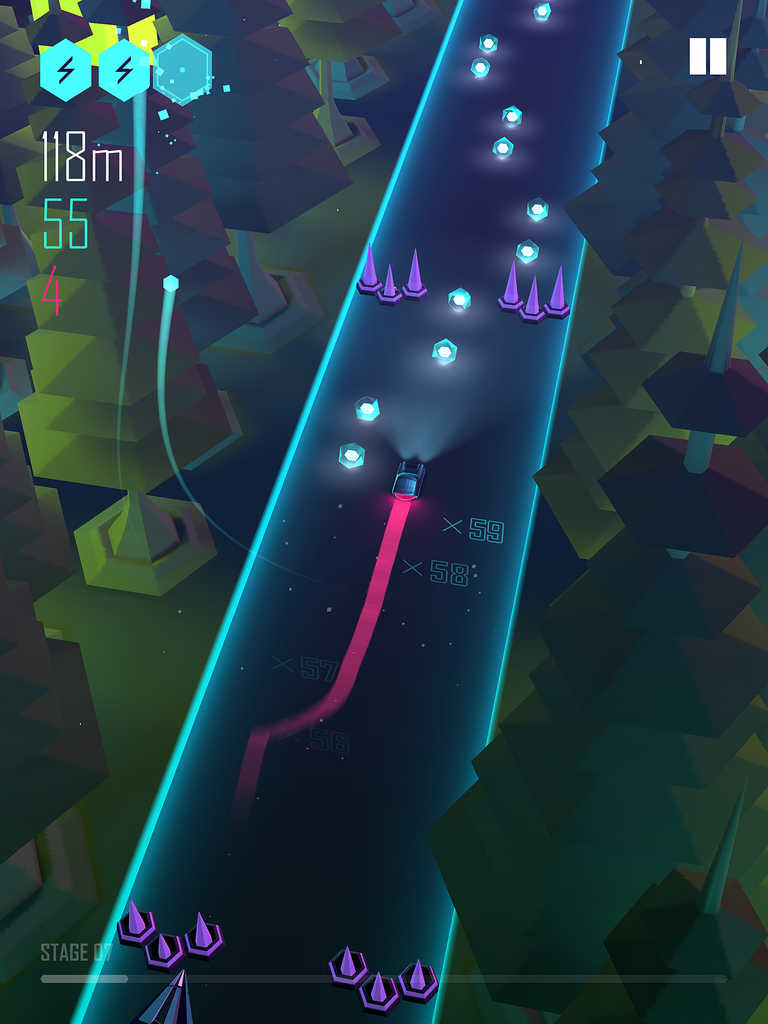 All in the game ten songs, but that all should hear, need to do the impossible. The thing is that the tracks are the chapters that you go through in real time. Ran, panted, had shot one song? Okay, the machine immediately enters the next one. If you ever make a mistake, hit the spikes and allowed the pursuer myself to eat everything – begin again from the very first track. Although over time there will be Challenge Mode that allows you to start from any place – if it is good pay.

Generally offer to pay on a regular basis – for example, after an accident it is allowed to give a handful of red spheres, and you can go further. But with each death rate increases, and the currency is earned very slowly unless you bought it with real money. 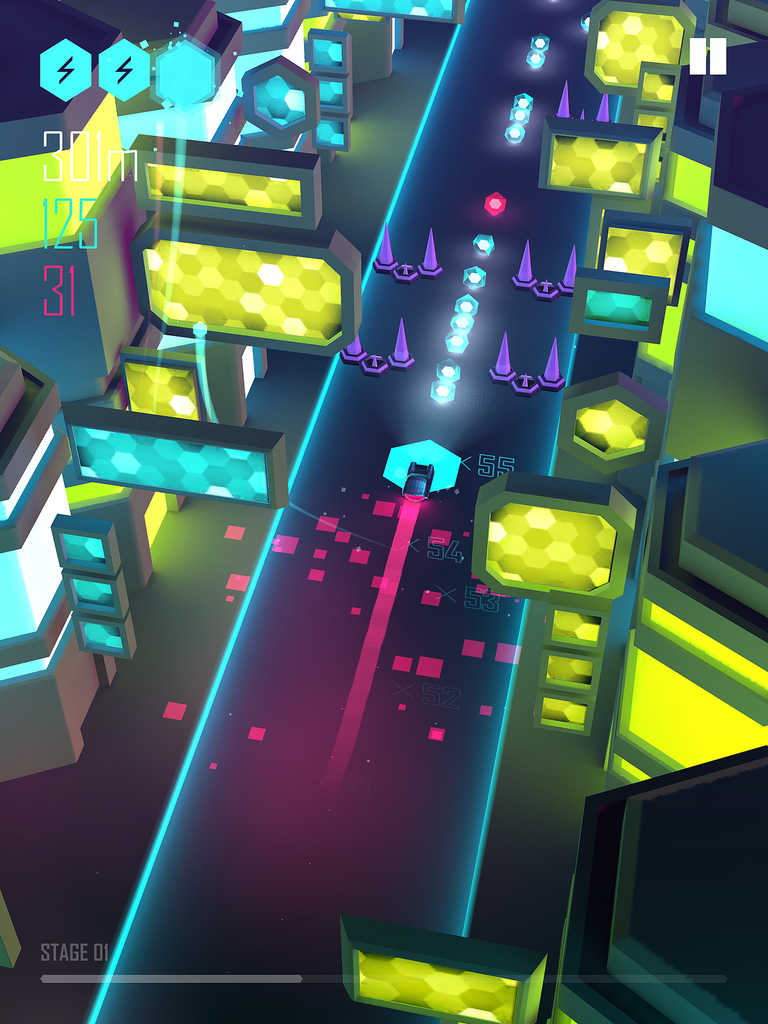 In the second type of currency – turquoise things – you can buy a new car or improve the old; because the cars are distinguished solely by the speed, you can just upgrade the native horse, not overpaying. This kind of coins to buy is also possible, so that the financial scheme of the game is fair or shopped to the max and go Beat Racer or greedy, but pay in blood for every mistake.

An important and Central feature of the Beat Racer – primitive, in General, the runner is in its coolness. Seriously, the game looks amazing: chromed Si-Fi, lights and road flashing light killer heels. And, of course, music under the first bars of the head itself is a complex dance, feet ticking off a rhythm, trying to catch the flow. Bit of here – a full participant in the action as the gameplay; the game is not in vain urges to wear headphones.

In short – if you want free but beautiful, stylish and fierce killer, the Beat will perform all Racer queries. The main thing – not to require in excess of.