“Beeline” and “MegaFon” refused to work in the Crimea

Leading Russian mobile operators “Beeline” and “Megaphone” does not plan to work in the Crimea. It is reported by Politnavigator, who was the official statement of the representatives of the companies. 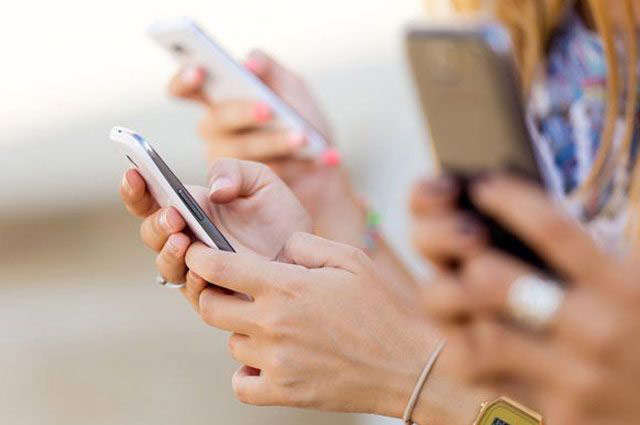 From a letter to the Director for operating activities, JSC “VympelCom” Marina Allagulov in response to the request of the Deputy of the Simferopol city Council of the Republic of Crimea Stepan Kiskin implies that the company will not provide communication services in the Crimea.

“At Your request reported that the JSC “VimpelCom” has licenses for provision of telecommunications services in the territory of the Republic of Crimea”, – is spoken in the answer of the mobile operator. 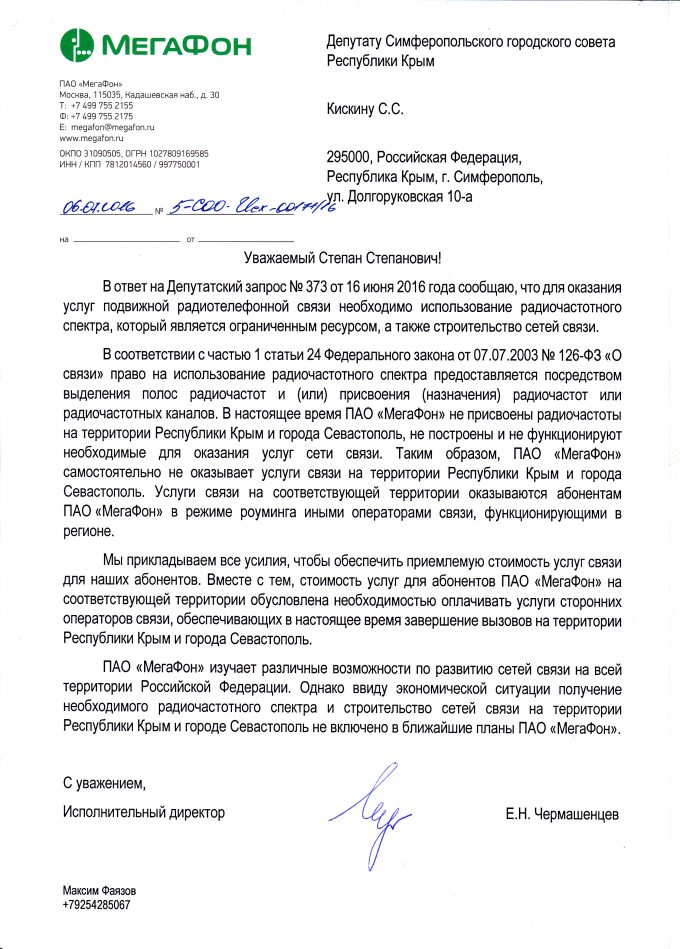 MegaFon also plans to work in the Republic of Crimea and Sevastopol in the near future. This is stated in a letter to the Executive Director of OJSC “MegaFon” Eugene Chermashentsev in response to the request Kiskina.

“OJSC “MegaFon” is studying various options for the development of communication networks throughout the Russian Federation. However, due to the economic situation obtaining the necessary radio-frequency spectrum and the construction of communication networks on the territory of the Republic of Crimea and city of Sevastopol are not included in the nearest plans of OJSC “MegaFon”, – is spoken in the answer of the mobile operator on request of the Crimean Communist. 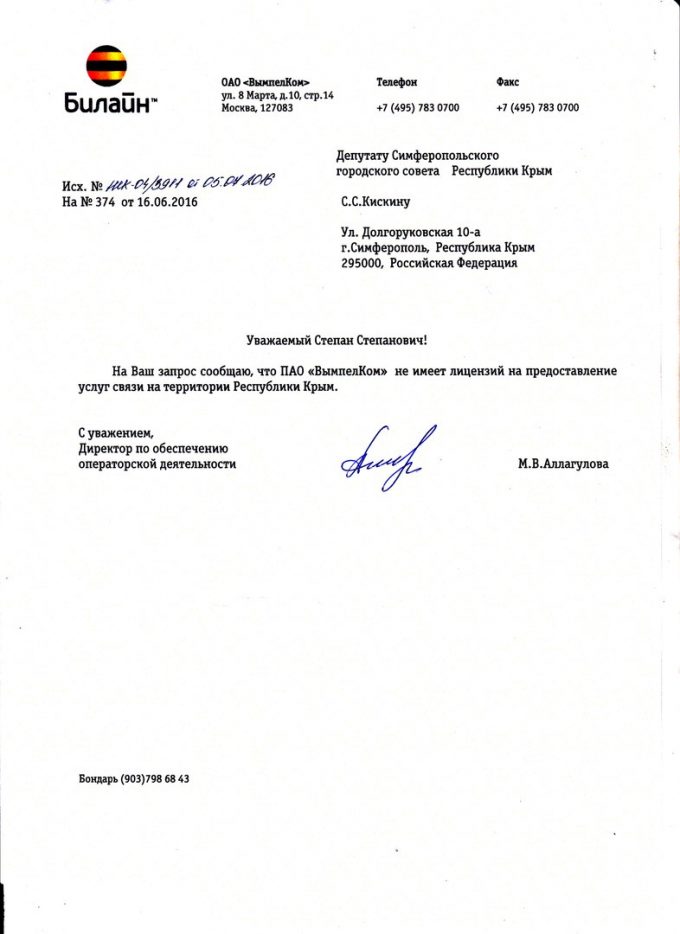 “For me, it is obvious that a leading mobile operator “MegaFon”, without going to the Crimean market, behaves completely unpatriotic. The Crimean Peninsula is an integral part of the Russian Federation on the territory of which should work the same on mobile operators in other regions of the country. To date, the quality of mobile communication in Crimea is terrible, people are angry. Nice, it would be necessary to oblige the leading Russian mobile communication operators to work in the Crimea”, – said the Deputy.