Traditional desktop PCs rarely use monitors with touch layer. In this partly lies the failure of the initial plans of Microsoft on the fundamental processing of the Windows interface. If smartphones and tablets tile concept works well, moving huge tiles with the mouse on the monitor with a diagonal of 24 inches or more is not too convenient, but the information space of display panel is used it is extremely inefficient. 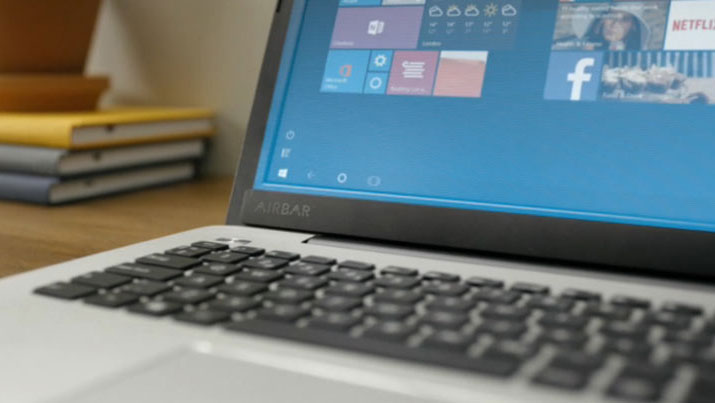 Apple abandoned plans to use touch-screen monitors in their own devices. “We scale explored this concept from the point of view of ergonomics, – said the Vice-President of worldwide product marketing Phil Schiller. We believe that on desktops, where you have your keyboard, drag your finger to the screen to control the touch interface, uncomfortable.” However, in some cases, the ability of touch control would be out of place, at least in cases when you do not want to pull the hand to the mouse to make a single press.

The Swedish company your working in the field of creation of interactive systems, proposed to give any laptop with touch capabilities. Develop your looks like a small thin strip with magnetic properties. It is easily fixed on the bottom of the monitor or laptop and hardly stands out against the background of the system, except that small flat cable connects to the side USB port. 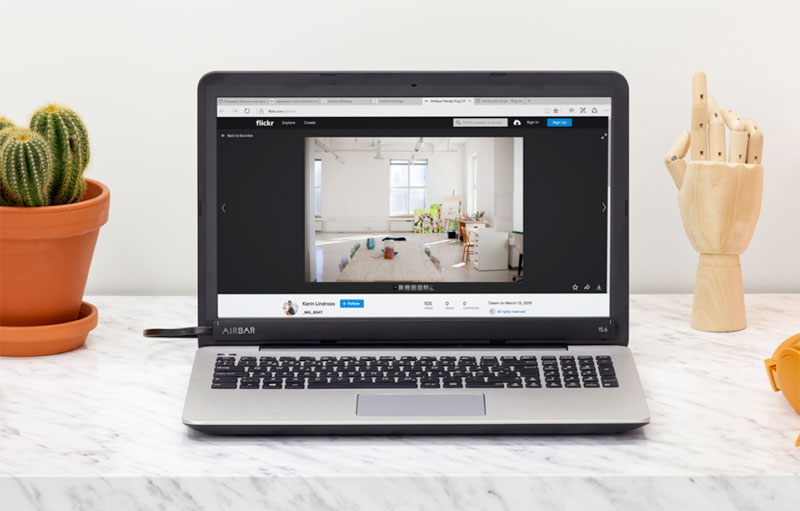 The strip is provided with a linear light field projector. Any object crossing the field and touching the screen is automatically recognized as a touch. While AirBar does not require special system resources and works without installing drivers in almost all reasonably modern operating systems. There is logic in this: how much CPU time it consumes touchpad? And AirBar something like the touchpad or rather, capacitive touch screen modern tablet, but without some of the limitations inherent to the latter.

AirBar is compatible with the MacBook, however in a restricted mode. According to the developers, all interested Mac users can try the device in. In the demo video it looks as following: the product works smoothly recognized, unlike capacitive technology, touch with any object, work gestures and multiple touch. This can really be the embodiment of “it just works”.

Your AirBar offers models designed for use in conjunction with screen sizes of 13.3, 14 and 15.6 inches. The device will cost $ 69.