Behind the scenes: how does Russian support Apple71 review 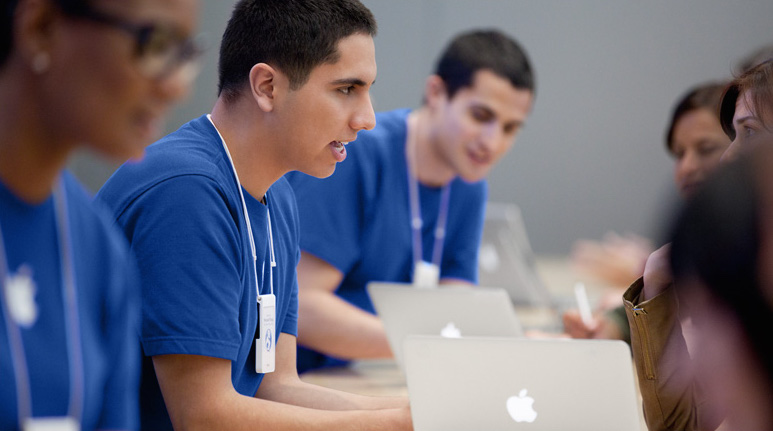 Every week, top managers of Apple contain very serious allegations, “Apple” world is constantly something happening. But what if you look inside the companies on the other hand, the ordinary workers? We managed to contact one of the people close to Apple (he works for the company, but was asked to leave his name behind the scenes) and ask him about the work in the most expensive company in the world.

It turned out in the Russian support there are four departments, each almost a hundred people, all of them located in different EU countries. These departments are engaged exclusively in support of iOS users. They serve everyone who speaks Russian and is calling on Moscow number. Even if you call from Montreal to help him.

Extreme situations also happen — for example, 2 hours to create the user’s Apple ID, then look in the App Store app, wait for it to load. Often turn “suddenly” lost contacts and calendars, many people simply calling to check the status of their phone (whether new, with warranty, PCT). Stupid calls more often than not.

Support uses 21.5-inch iMac wide variety of configurations. Pretty powerful machines. Work schedule must be agreed with the wishes of the employee. Are all Russian, even during the interview to check the level of Russian language proficiency. Well, you need to know English, of course.

The work is done by a special application iLog. It differs Salesforce, Oracle and even SAP. He, as any Apple software product, is notable for its intuitive simplicity and versatility: type in the name of the case (situation), and you at this time in real time displays the article on the solution of the problem. 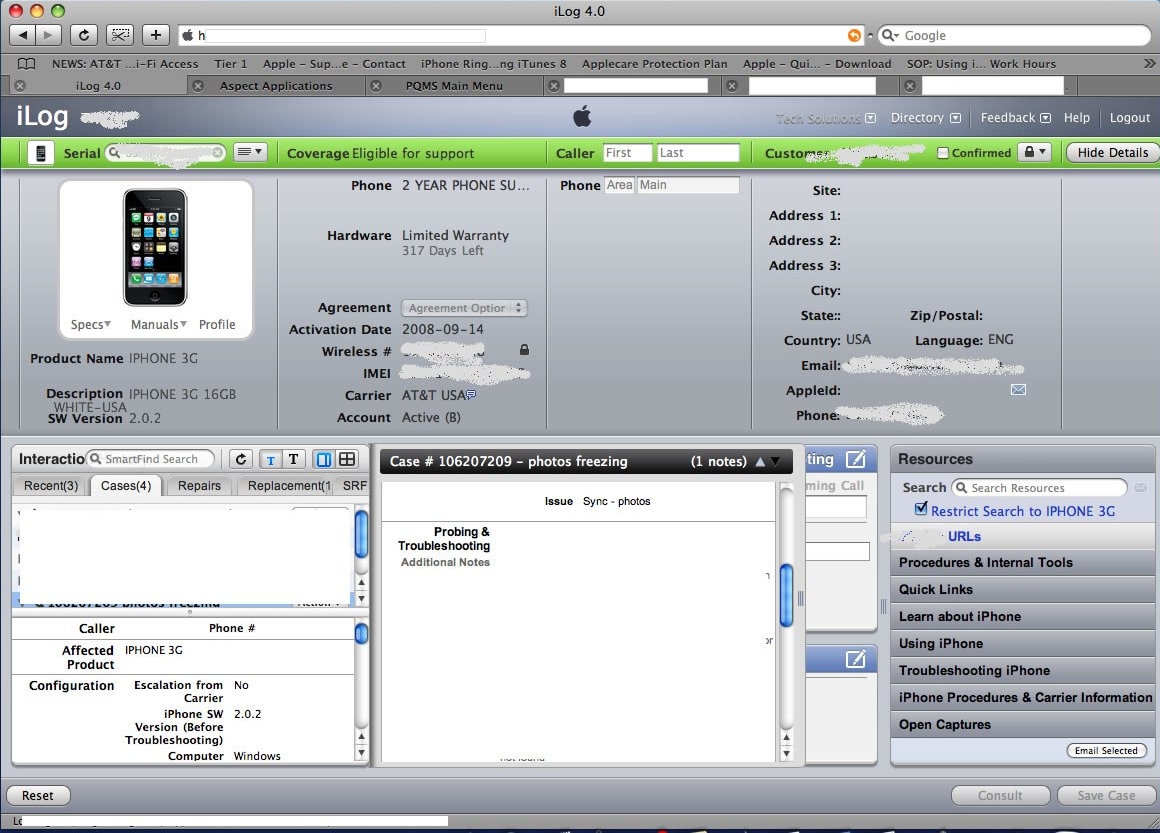 Using iLog can detach from the operator at one click, get data about the device, including its history repairings, you can use diagnostics to know what happened to him at the moment is not so: information about any component. To take and disable FaceTime, the user can with some other tool: iCloud Support App. To disable iMessage, FaceTime, Keychain and so on. But in fairness, the support does not see any user data, which could not touch them, she sees how many photos, how many contacts and so forth, but not photos and contacts.

To track your device even with the knowledge of the user. If the Apple ID are stolen, the support looks, what’s wrong with him, asks questions to verify the identity of the caller. If everything is OK, then send the email to specified mailbox. Even if the thief changes the Apple ID, then you can see it quickly and fix. So they have no chance.

The number of accesses depends on the day: Friday is quiet, all scored on the phones and rushing nature “to fry meat”. On Monday, the full house — all I remember about phones. If you take an average of 10 calls a day per person.

On average, employees get Apple support from 1000 euros to 3000 euros depending on country and experience. About the ban of Android devices — everyone is free to choose what he likes. Many employees use smartphones on Android and feel great.

With the release of iOS 9 references in support was added — many complaints from those who think of themselves as designers and engineers, and ordered to fix certain bugs of the operating system. But there are appeals in the case: for example, iOS 9.0.1 was released due to a bug, resulting in freezing iPhone when you upgrade the device.

We will continue to look behind the scenes of work at Apple, and in the future you will find much more interesting.