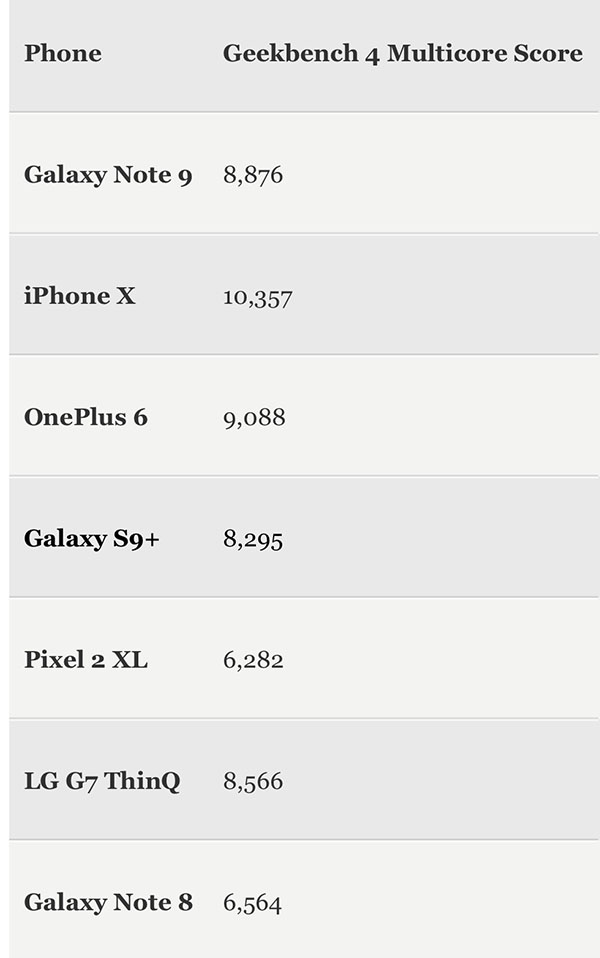 In multi-core Geekbench test 4, Galaxy Note 9 has shown not the best result – it’s a little higher than the Galaxy S9 Plus, but lags behind OnePlus flagship last year’s iPhone 6 and X. In comparison with the previous model series Note, performance Note 9 increased by 25%.

Leader test iPhone X processor-A11 Bionic and Apple in a month will introduce a new generation of processors A12, which will be even more productive.

The following test was carried out in 3DMark Extreme Slingshot 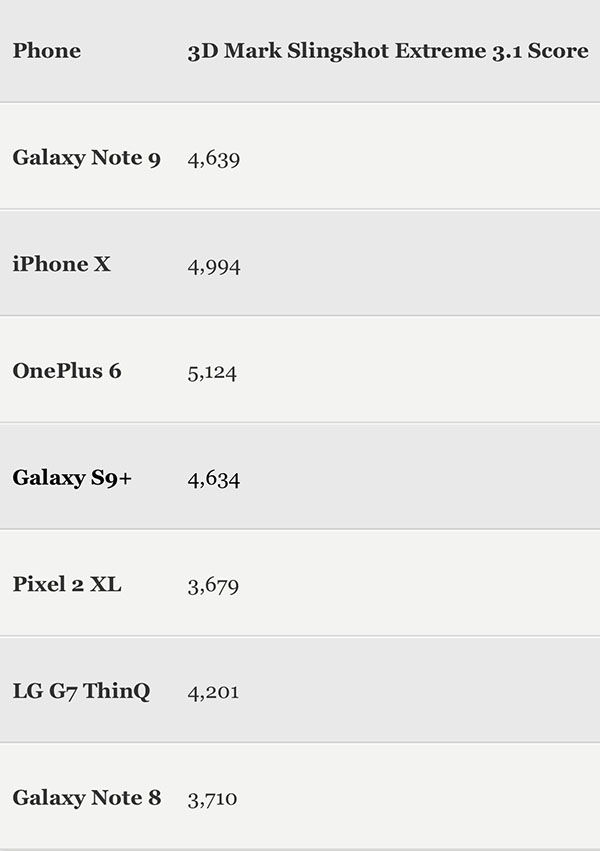 Extreme Slingshot is the most accurate graphical test that Note 9 handled well, but still lost to the iPhone X.

It is worth noting that the tests do not give the full picture, and the performance will be different in daily use of smartphones.