Black Friday is the first day of the season of the great discounts and sales before Christmas – one way or another spread to the whole world, but traditionally it is the American sales the most resonant. These days YouTube is filled up by shocking video about how buyers are storming the shelves with gadgets. No exception this year. 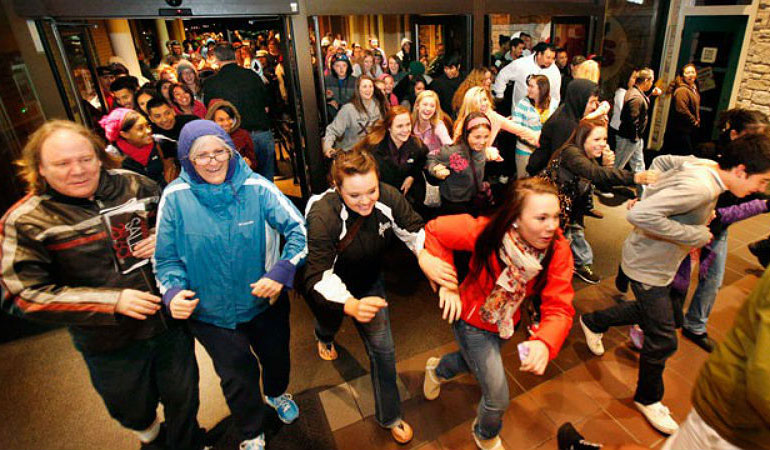 For discounts, people are still in the night were lining up to the stores, police moved on increased service. However without victims has not managed. According to the New York Daily News, two people were killed and another four suffered gunshot wounds in the “black Friday”. A young man 20 years old was shot near the Macy’s Department store in Atlantic County (new Jersey). His older brother 26-year-old was wounded and is in hospital. Police searching for the unknown opened fire in the crowd.

In Reno (Nevada), two buyers did not share a Parking space at walmart Walmart, eventually one shot the other and fled the scene of the murder. In Memphis (Tennessee) in the Mall seriously wounded man, he fired several bullets is unknown.

In Chattanooga in the same state buyers quarreled on sale at the store and went to sort things out on the Parking lot. As a result, two received gunshot wounds, according to the publication.

Black Friday is the first day sales, traditionally held in the us after thanksgiving. Why are people willing to stand in line and literally rush to storm the shops? It’s all in the discounts, which can reach 85% of the original price of the goods. Therefore, the stores clear the shelves for new products and attract buyers, in recent years accustomed to online shopping.