The first external graphics processor from Blackmagic for Apple laptops were in great demand among professional designers and videomontage, who needed more power in the MacBook. 30 Oct, Apple announced the release of new models of external graphics cards. 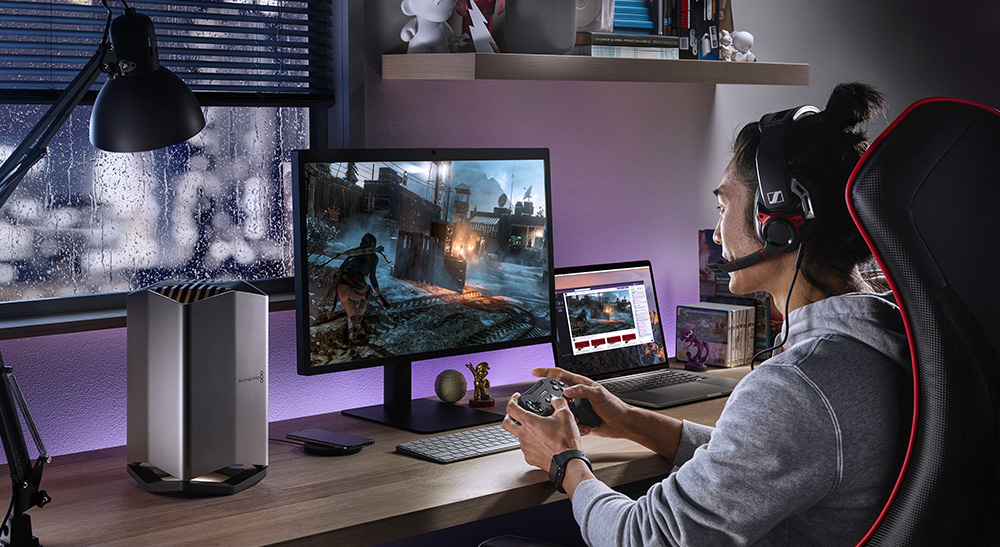 The previous generation cost $ 700 and offered graphics adapter Radeon Pro 580. In the new version Blackmagic Pro eGPU with Thunderbolt 3 has faster graphics Radeon RX Vega 56. According to the company, the performance of the laptop with an external graphics card will increase by 22 times compared to 13-inch MacBook Pro. With this graphics card MacBook can be compared with the iMac Pro, which comes with a similar model built-in video card.

Like many eGPU, this model is also a hub with 3 Thunderbolt ports, four USB ports-A, as well as HDMI and DisplayPort.

Sale Blackmagic Pro eGPU will start in late November at a price of 1 199 USD.