Brand Lightning-Apple earphones for iPhone 7 sounds much better than the 3.5 mm version [video]

Bundled headphones from the iPhone is pretty good, but can not arrange for a number of reasons. It is primarily about the analog interface by which they connect to a smartphone. Buyers future iPhone 7 in this sense, lucky: bundled headphones are equipped with a Lightning connector. 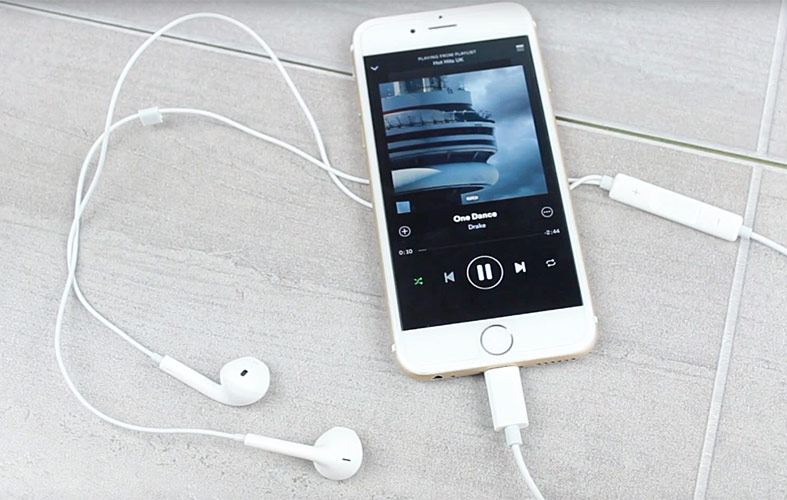 Resource Mobile Fun has published a video review of the brand headset the Apple EarPods equipped with a Lightning connector instead of the traditional 3.5 mm connection. According to the authors of the video, apparently the headset does not differ from the one that comes with iPhone 6/6s. However, it connects via a digital connection and thus sounds a lot better than the 3.5 mm version.

Lightning headphones will be compatible only with iPhone, iPad and iPod touch. But the transition to digital has allowed to put in their own headphones digital to analog Converter (DAC), so the quality of sound output is completely independent of the built-in audio gadget.

Forcing manufacturers to switch to the proprietary interface, Apple will provide users with not just an alternative, and brand new possibilities and move to the next level.

According to the Vice-President of Cirrus Logic, such a solution is advantageous for several reasons. First of all, Lightning headset will appreciate the fans of the sound who can feel the delights of crystal sounding of 24-bit audio. Secondly she can get new features without having to embed in it the battery. In addition, the digital interface allows to realize a higher quality noise reduction and VR technology.

Expect the official announcement of the new headset, Apple Lightning connection is on the presentation in September. The company will show earphone together with the new generation iPhone.