At the auction, RR Auction sold a card of Steve jobs in which he is the Chairman of the Board of Directors of Apple Computer. The card also shows the old color Apple logo and the address of the previous headquarters. 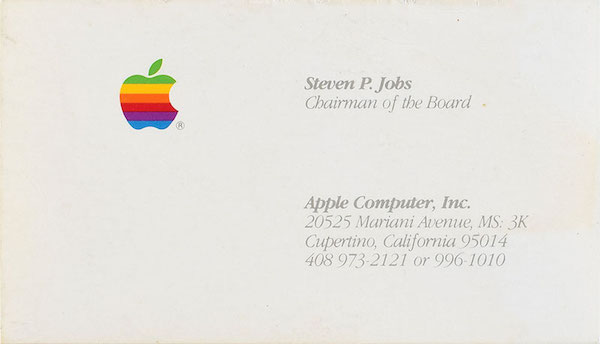 At the same auction was sold the first issue of Macworld magazine, published in 1984, 47 775 dollars. Starting bid was $ 10,000. Such a high price due to autograph that Steve jobs left on the cover. 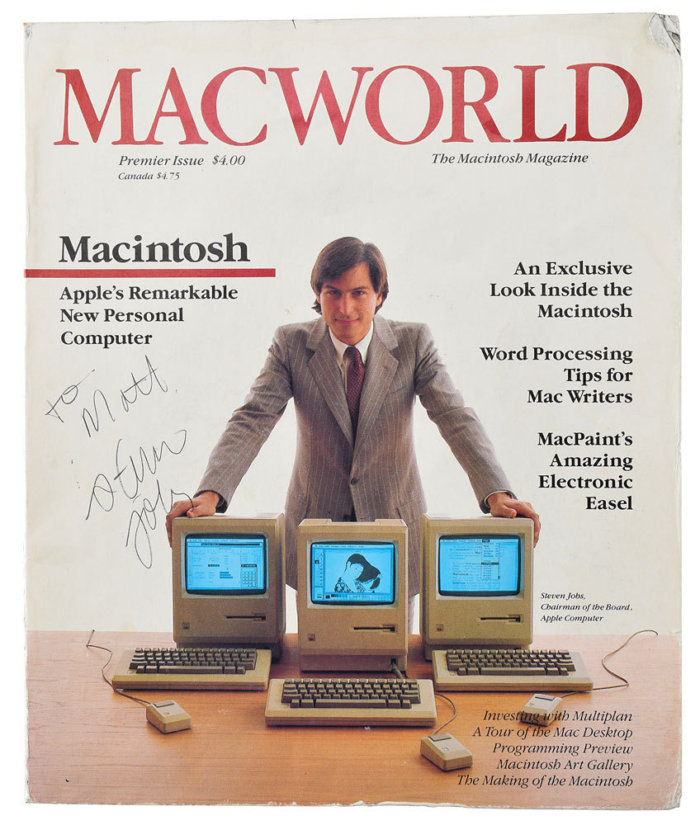 Jobs signed the magazine at the Grand opening of Apple Store on Fifth Avenue in new York in may 2006. On the cover, which depicts Steve jobs with three Macintosh says “Matt: Steve jobs”.