Domestic Caviar company introduced a new generation of still unannounced iPhone 8. Rather premium modding of the model. Gold, petroleum and amber look stylish. The announcement took place on the official website of Caviar.

Russian company manufacturer of accessories Caviar knows how to capture the attention of wealthy Apple fans. And then the jewelry craftsmen produce exclusive covers and turn the current model of the iPhone in works of art, paying special attention to the noble materials and inlays.

Having read the rumors and comparing all the leaks associated with the release of iPhone 8, Caviar announced the opening of a pre-order on the collection of “the Riches of Russia”. 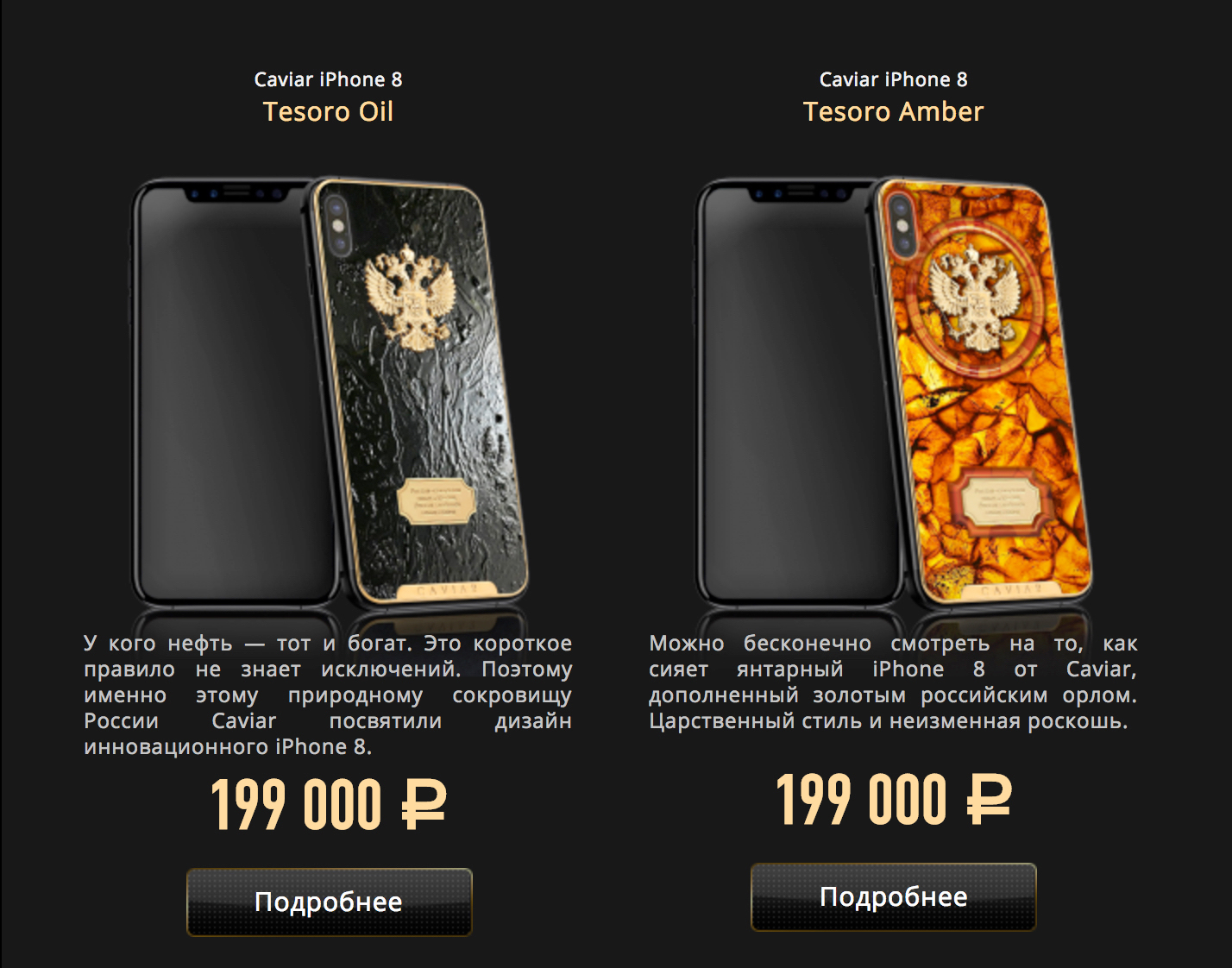 According to the published on the website press release, Russia is rich in oil, amber, birch and gold. These materials were used in the manufacture of three models of the smartphone.

Curiously, he iPhone 8 is not released yet, but the man who knows how to spend a couple of hundred thousand, may be interested in the offer Caviar.