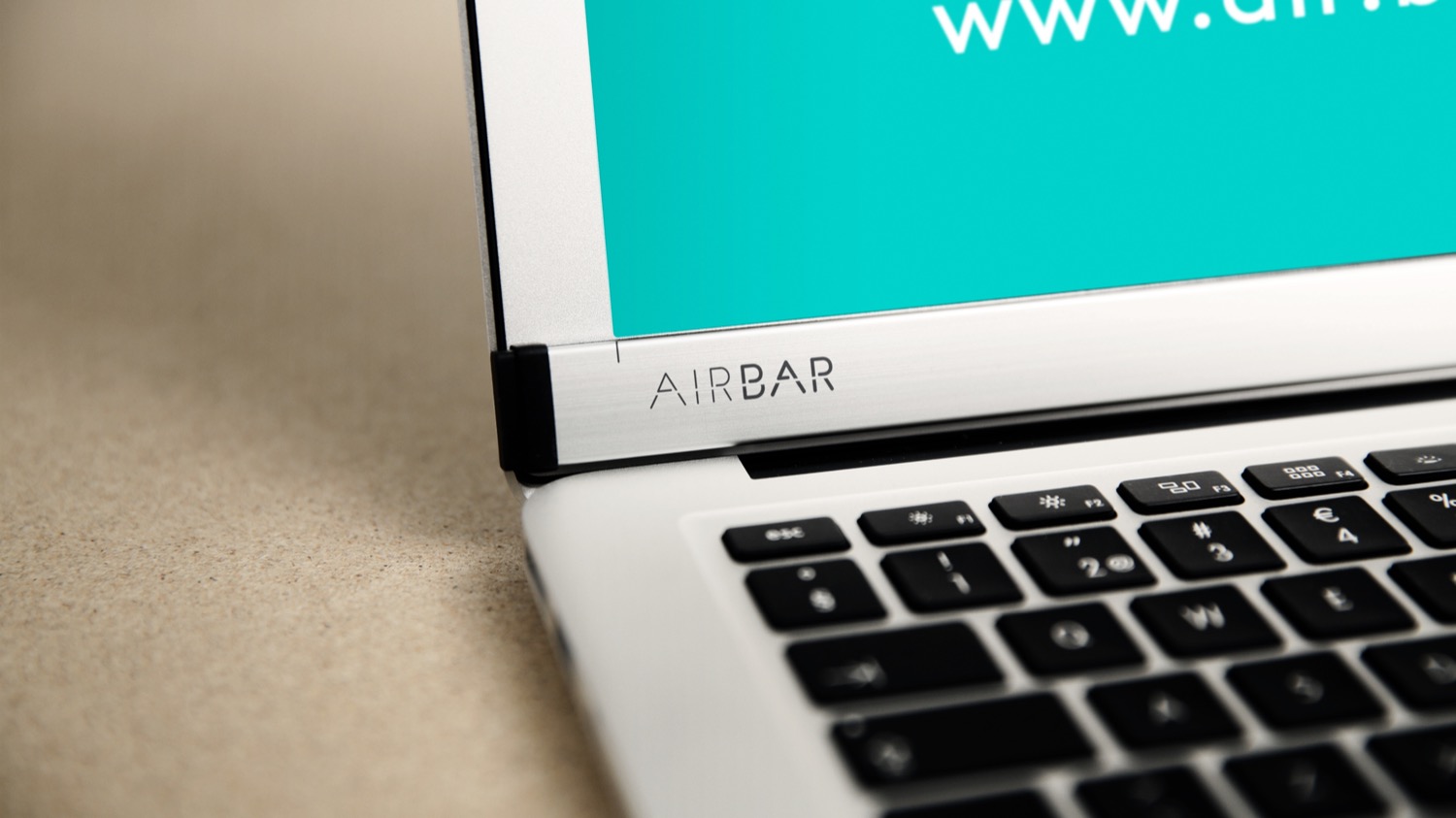 We know that there is no laptop better than the MacBook. However, Microsoft believes that other modern laptops, including computers, their production better as they feature a touchscreen. Many users do feel the benefits of touchscreen in the laptop. Apple has made it clear that we are nothing of the sort from her, not wait and should hold Touch Bar. But give up early. There Is AirBar.

Your company at the exhibition of consumer electronics CES 2017 in Las Vegas showed a product called the AirBar. It’s designed to make Mac users able to work with the laptop screen touches. Why AirBar created just for your MacBook Air? Probably the fact that the MacBook Pro has got Touch Bar.

AirBar is a compact strap that attaches to the bottom of a 13.3-inch screen MacBook Air. It is also required to connect to the USB port of the computer. Should do it, as your MacBook will begin to understand touching the screen. It can seem like magic, but actually it is a patented zForce AIR technology, which allows not only to understand the touch of your fingers, but also to work with a brush or, for example, to work in gloves.

Then do everything you wish. Can draw on the screen to scroll to information, and more. AirBar will be sold in March on Amazon. Cost product will be available for $ 99. The company plans in the future release of an accessory for other models of laptops from Apple.