China overtook the United States in the number of sold iPhone

The number of sales of iPhone in China exceeded $ 131 million. Quartz reported, citing a report by the Chinese information center (China Internet Network Information Center), a branch of the Ministry of industry and information technology. For comparison, in the U.S. users of Apple’s smartphone a little more than 100 million Thus, China became the largest market for the iPhone. 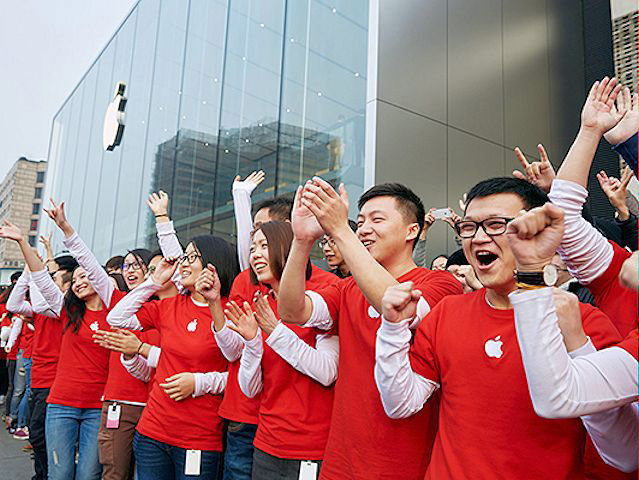 The report States that 780 million Chinese people owns a smartphone — 59% of the population. Of these, 16.8%, or 131 million people, own an iPhone. In the U.S., according to Apple, the number of iPhone owners is about 100 million. Second place in the Chinese market is the Samsung smartphones, the third — Xiaomi. Use them to 15.8% and 15.6% of the population respectively.

Last week Apple CEO Tim cook visited China where he met with partners and senior representatives of the Chinese leadership and the Communist party of China. Time and the itinerary was not chosen randomly — the last time the U.S. company has encountered difficulties in the largest foreign market for their products. 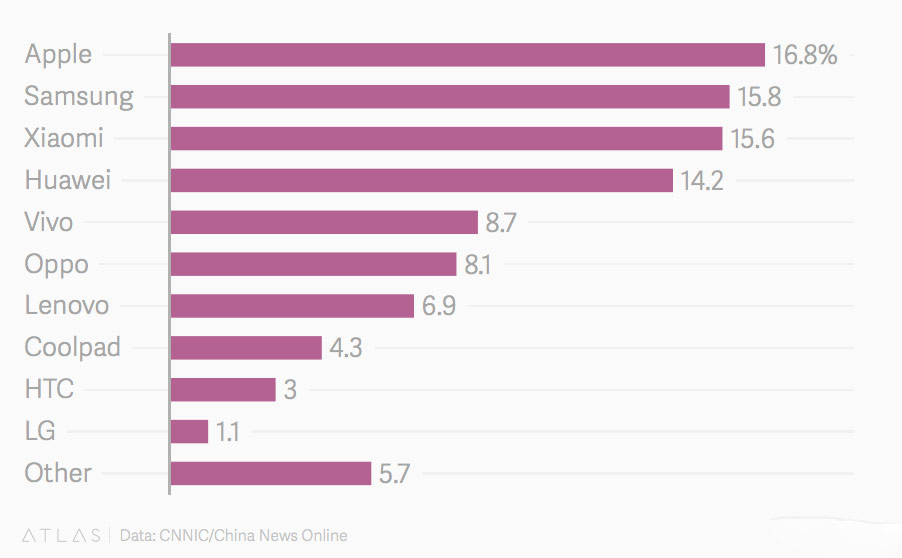 IPhone sales started to decline, resulting in quarterly revenue of the company decreased by 12.8% and net profit by 23%, online services iBooks Store, and iTunes Movies are blocked in China, and recently it became known that Apple failed to defend the right to exclusive use of the trademark iPhone in the country.

Apple believes the Chinese market the most priority after the American. Despite all the difficulties Tim cook looks “optimistic” on the possibility of the development of Apple in China. During my last visit to Beijing the head of the Corporation opened the account on the popular Chinese social network Weibo and greeted the inhabitants of the country.