Column Apple HomePod compared with the bin and women’s tights

Yesterday the curtain of WWDC, when all hope is gone on One More Thing, came on the scene, Tim cook and dispelled doubts. Of course, talking about home column HomePod, which blew all of the insiders from the end of last year. It is a direct competitor products Amazon’s Echo and Google Home. 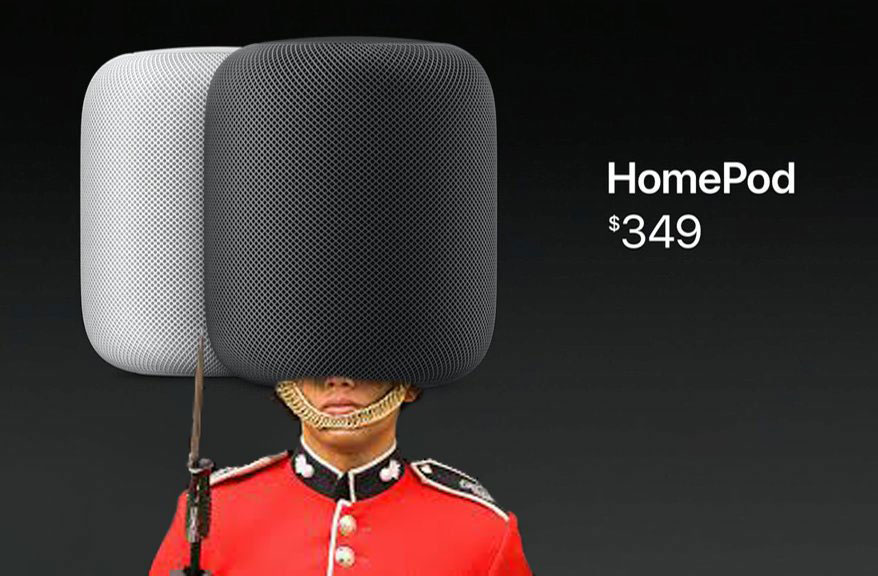 Interesting hardware announcement in the face of “smart” acoustics gathered a lot of sarcastic comments on the network. Users began to speculate, what inspired Jonathan Ive in its creation.

Device with seven speakers and a subwoofer not only plays back music, but is able to answer different questions. Users in social networks began to compare the unusual design of the product with other devices. 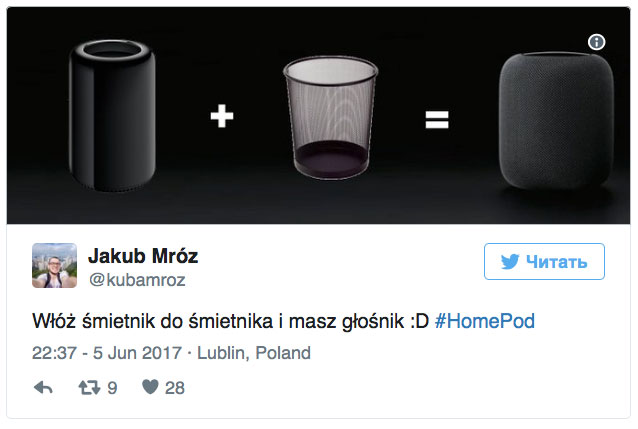 This files most often involve a comparison of the smart column with a dustbin because of its mesh texture. Someone suggested that the banal design of the Mac Pro decided to combine with the trash or desktop to pull on tights. 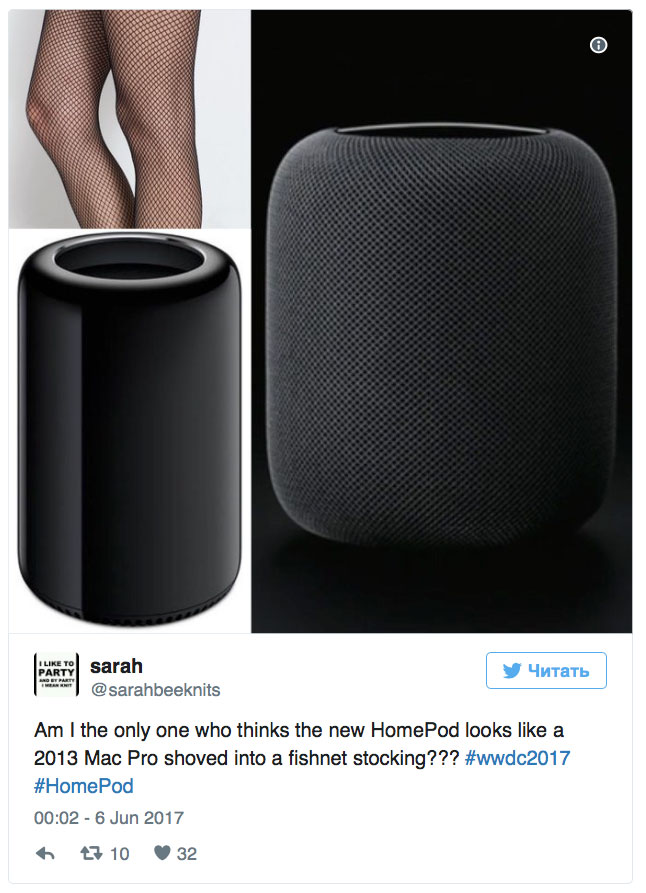 Some commentators decided that the HomePod is a scratching post for the cat. And will it be like this, decide pet. 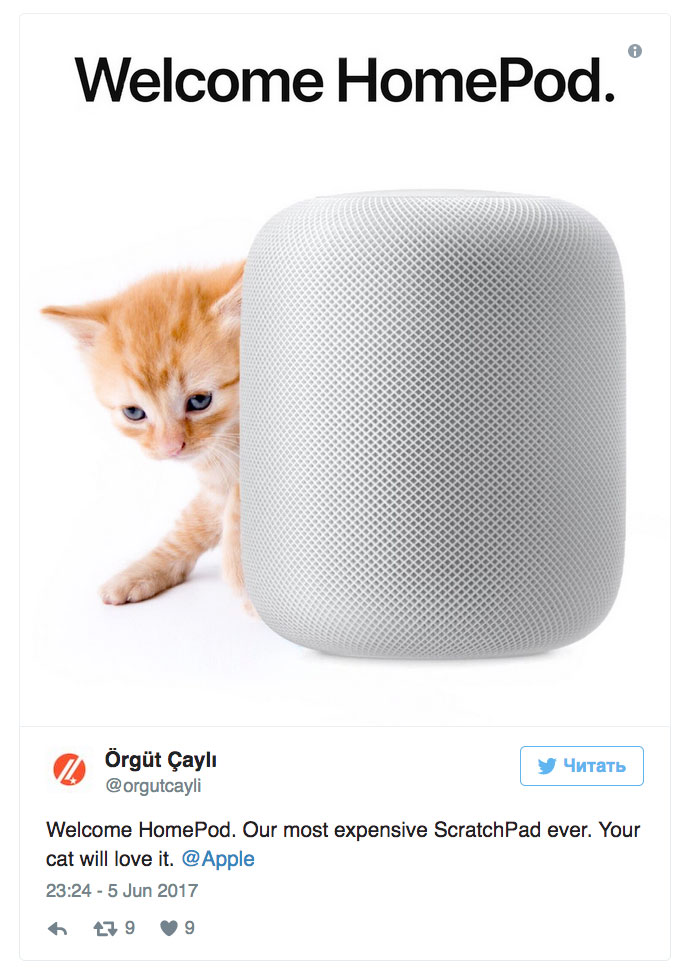 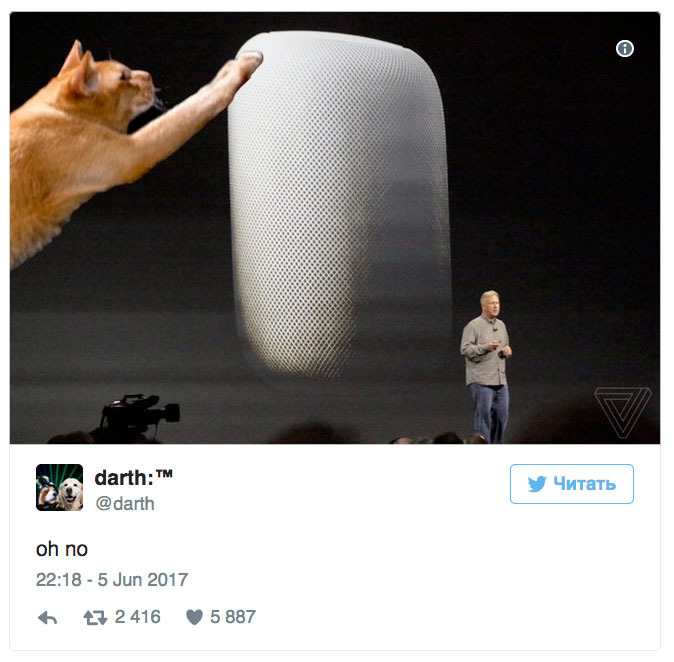 Modification HomePod in white were similar to the public-for a roll of toilet paper. And even suitable place for him have found. 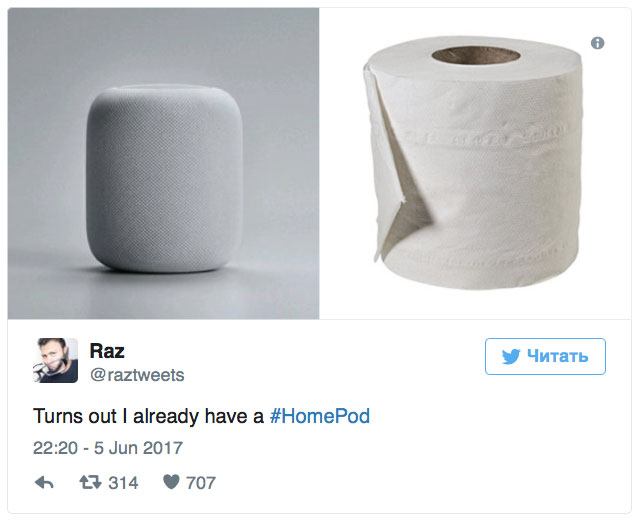 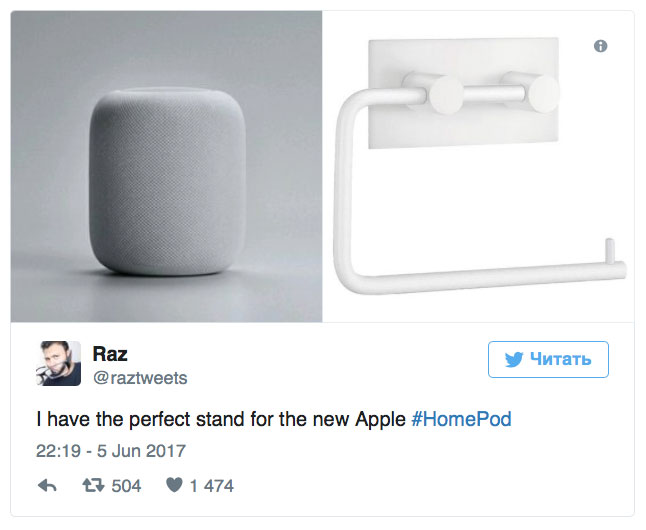 And someone saw that the HomePod is similar to the cap of a British guardsman. 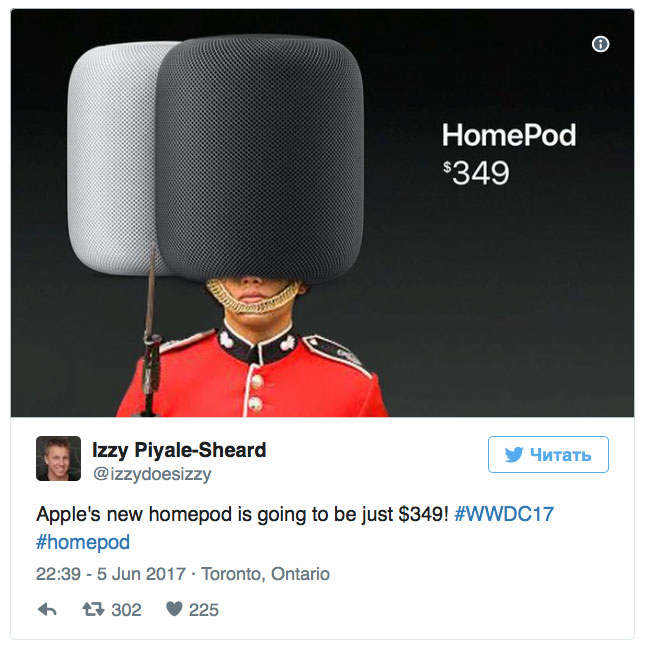 By the way, this would be one of the most interesting announcements at WWDC, if not a few “but”. First, sales HomePod will start only in December and only in the US, UK and Australia. And secondly, the device will cost $ 349, that our reality will turn out to 25-27 thousand roubles.

For devices of this segment is quite a high price tag. Not everyone is willing to pay for the column, even “smart”, that kind of money. It is specially designed for Apple Music. Apparently, Apple not enough of those 26 million subscribers, which managed to boast of Tim cook.