Covers third party revealed the name of the new iPhone

Despite the fact that the release of the new iPhone there is very little time, rumors about its name, are becoming contradictory. Blogger, Evan Blass has brought clarity to this issue. 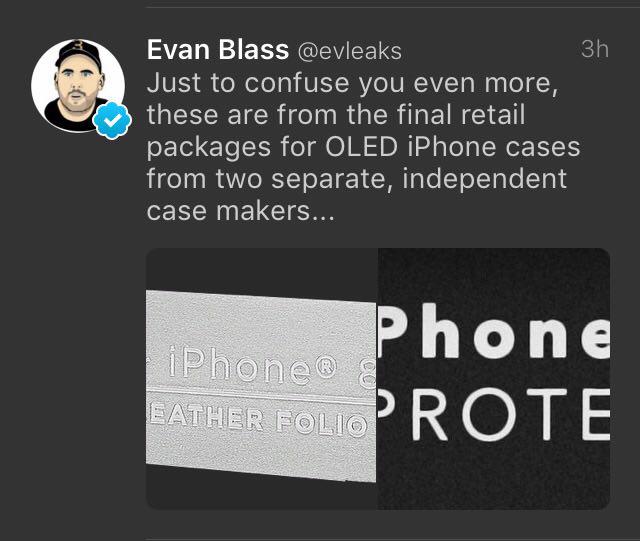 For the last week in the Internet appeared many theories related to the name of the new smartphone from Apple. It had been renamed from iPhone 8, in iPhone Edition, and two low models was deprived of the letter S and called the iPhone 8 and iPhone 8 Plus.

A little later appeared again a doubt — anniversary gadget called the iPhone X. this makes some sense, as it is the tenth iPhone, and the number 10 in Roman numeral system looks like the letter X.

A few hours ago Evan posted on his Twitter two pictures, which, he says, shows the cases for the new iPhone. In both cases emblazoned inscription “for iPhone 8”, which indirectly confirms the name of the new iPhone.

According to Blass, both models were designed for the anniversary model with an OLED display. This year we expect only one model with such characteristics. This suggests that the other two models are still referred to as 7s and 7s Plus.

Presentation of the new iPhone will take place on September 12 in the “theatre of a name of Steve jobs”. Along with him will show the new Apple TV with support for 4K video, and Apple Watch third generation.