In recent days, with new vigor renewed rumors that the iPhone 8 will get a completely new design in honor of the 10th anniversary of the smartphone. Last week this was written several authoritative publications, including Bloomberg and the New York Times. Designers from project iDrop News have decided to combine informal information about the new product, presenting his own vision of the future smartphone. 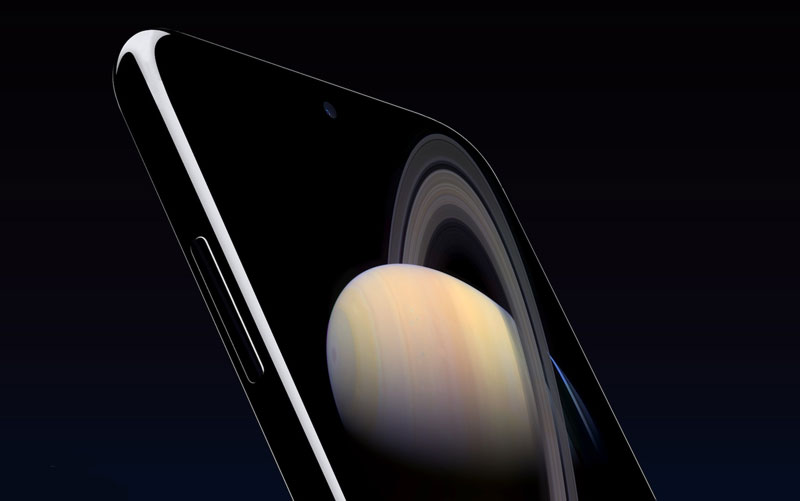 Reliable information on the flagship Apple, known under the code name Ferrari, not yet. However, rumors about the features of the model have a lot. It is expected that the iPhone 8 will receive a glass enclosure, frameless display and wireless charging long-range. The device will have OLED-matrix made by Samsung with a 4K resolution, and its screen size will vary from 5.5 to 5.8 inches. 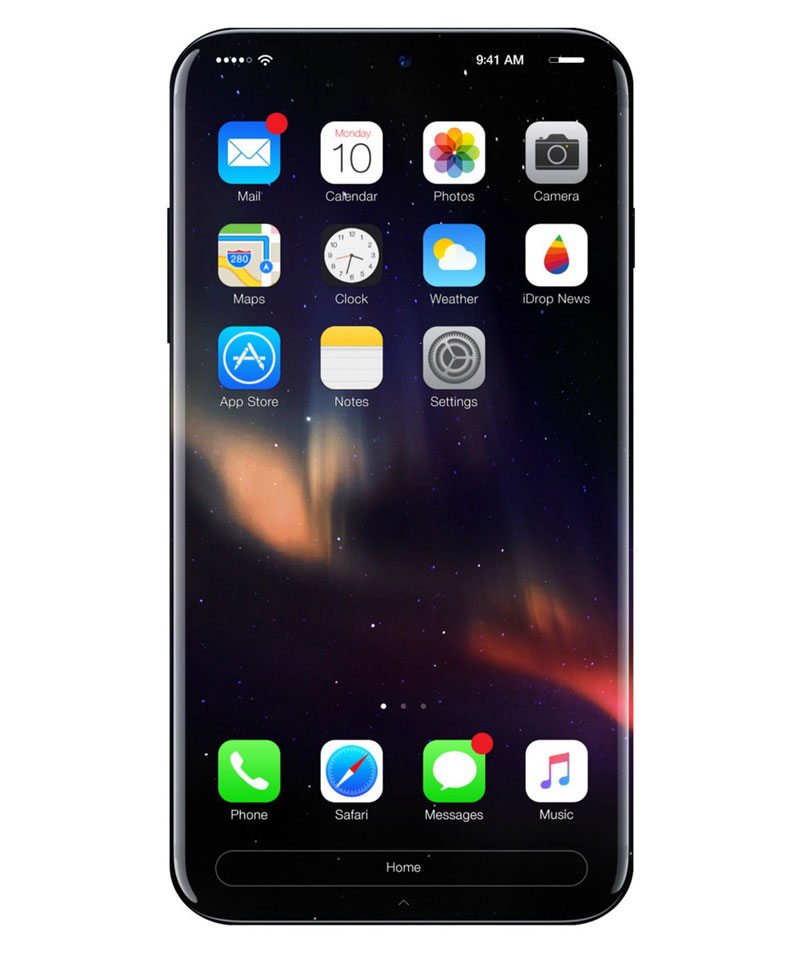 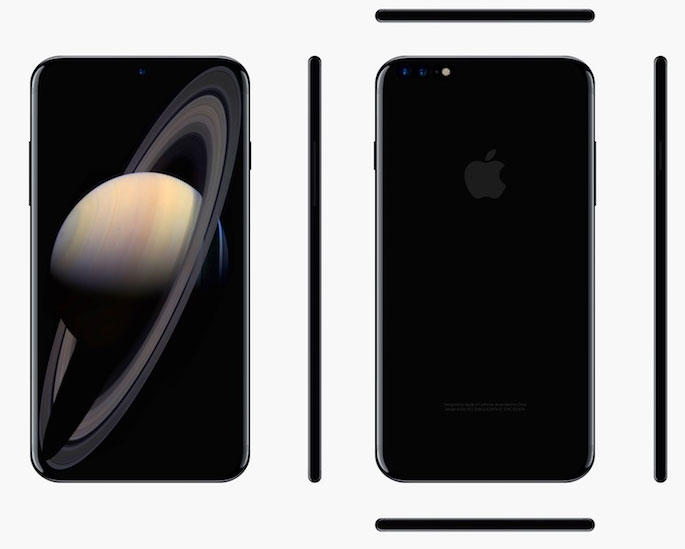 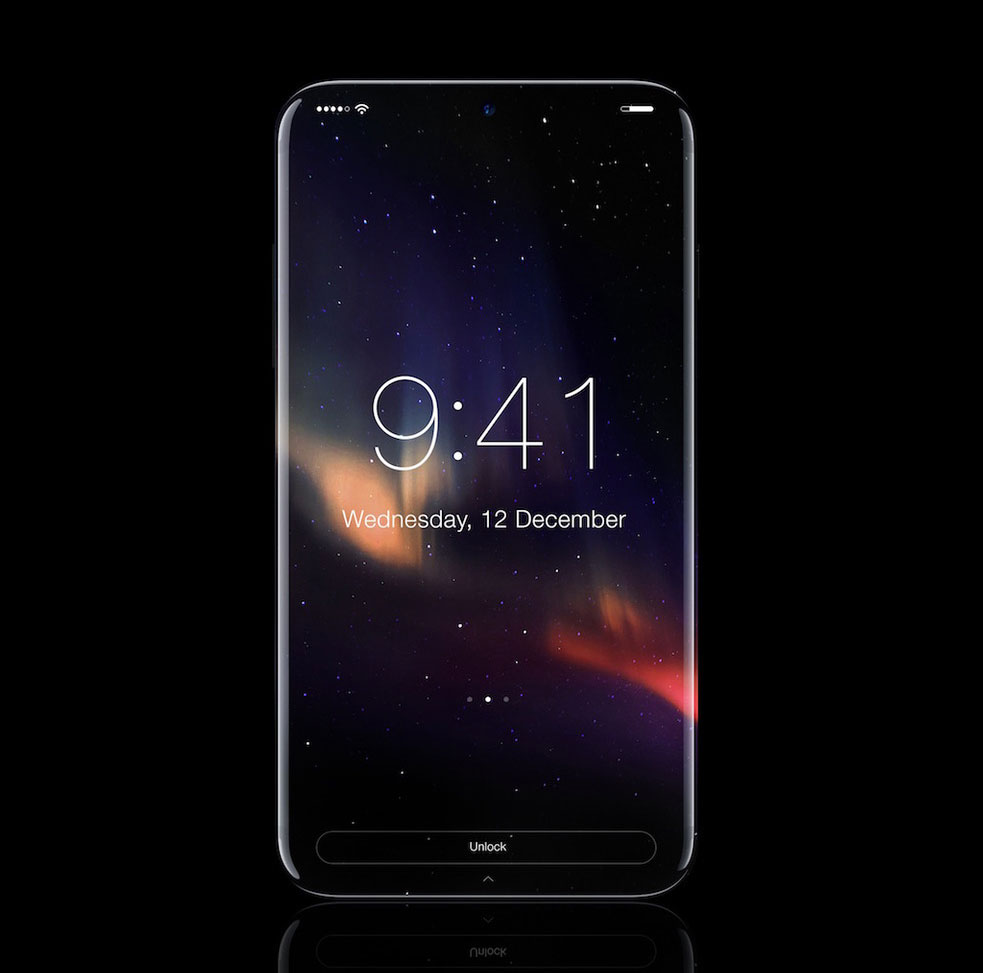 The appearance of the conceptual model made in the style of the iPhone 7. According to the artist who created the concept of the device, the smartphone will get a slim case and display, extending in the entire front panel. Biometric fingerprint module Touch ID will be built into the front panel of the phone. However, it’s unknown whether it would be possible to scan a fingerprint in a particular area or in any place of the display panel. 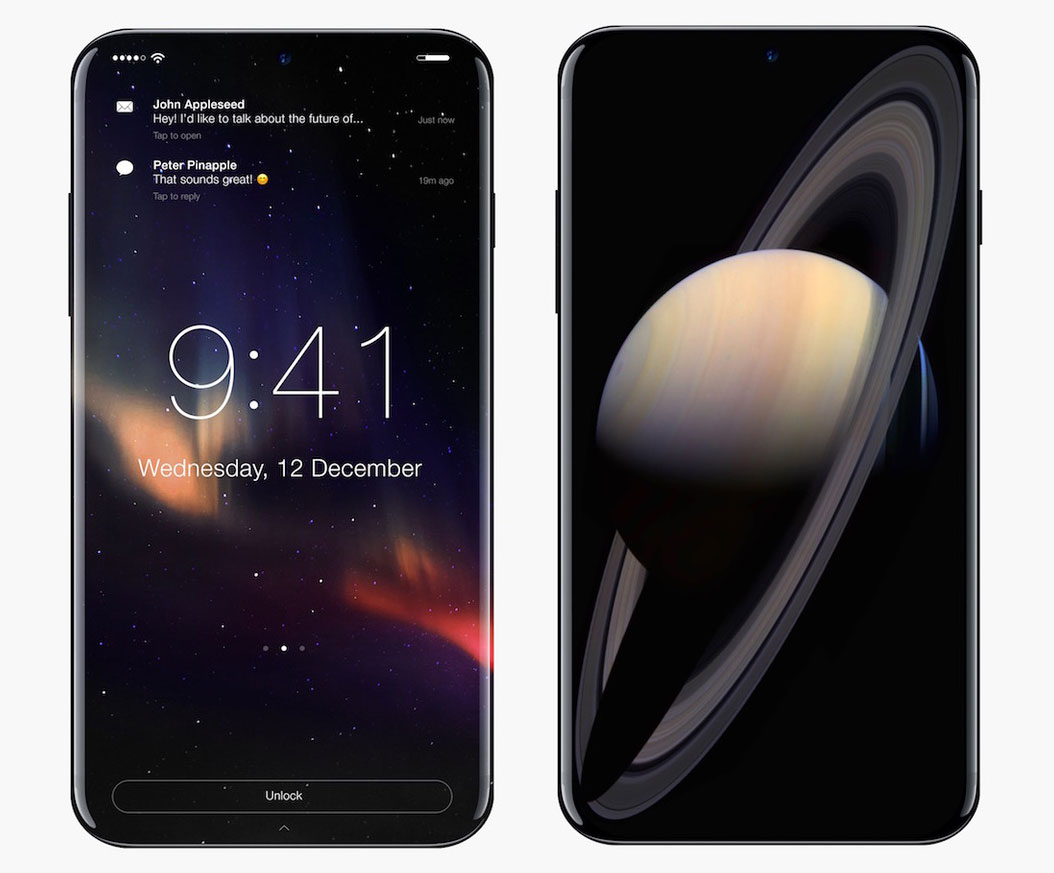 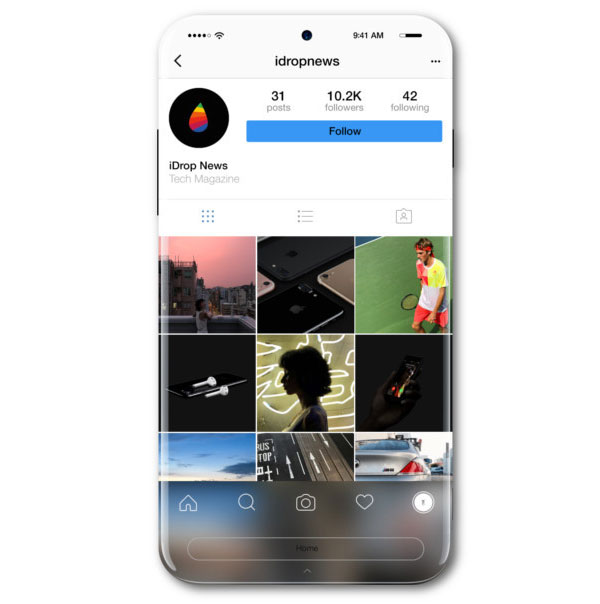 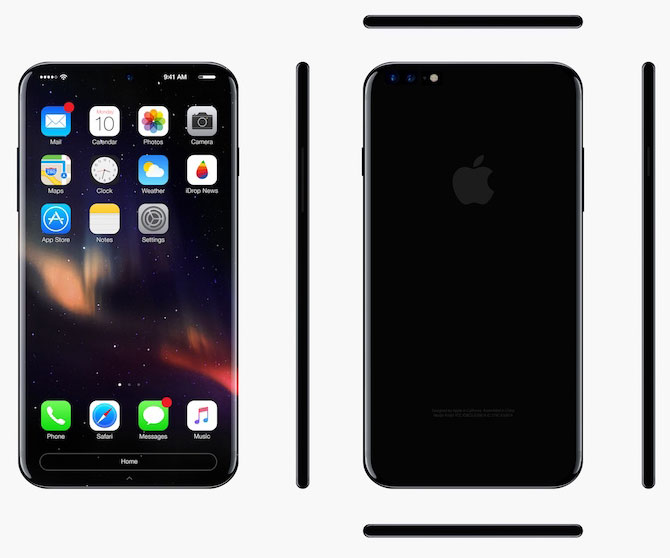 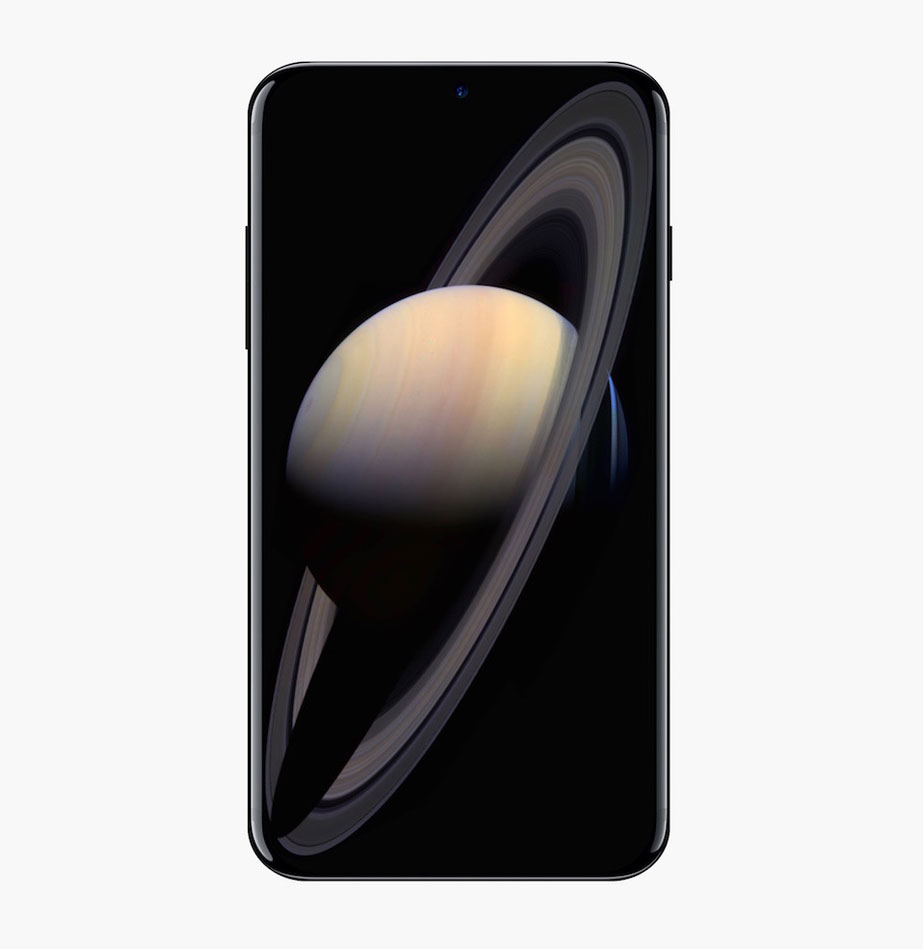 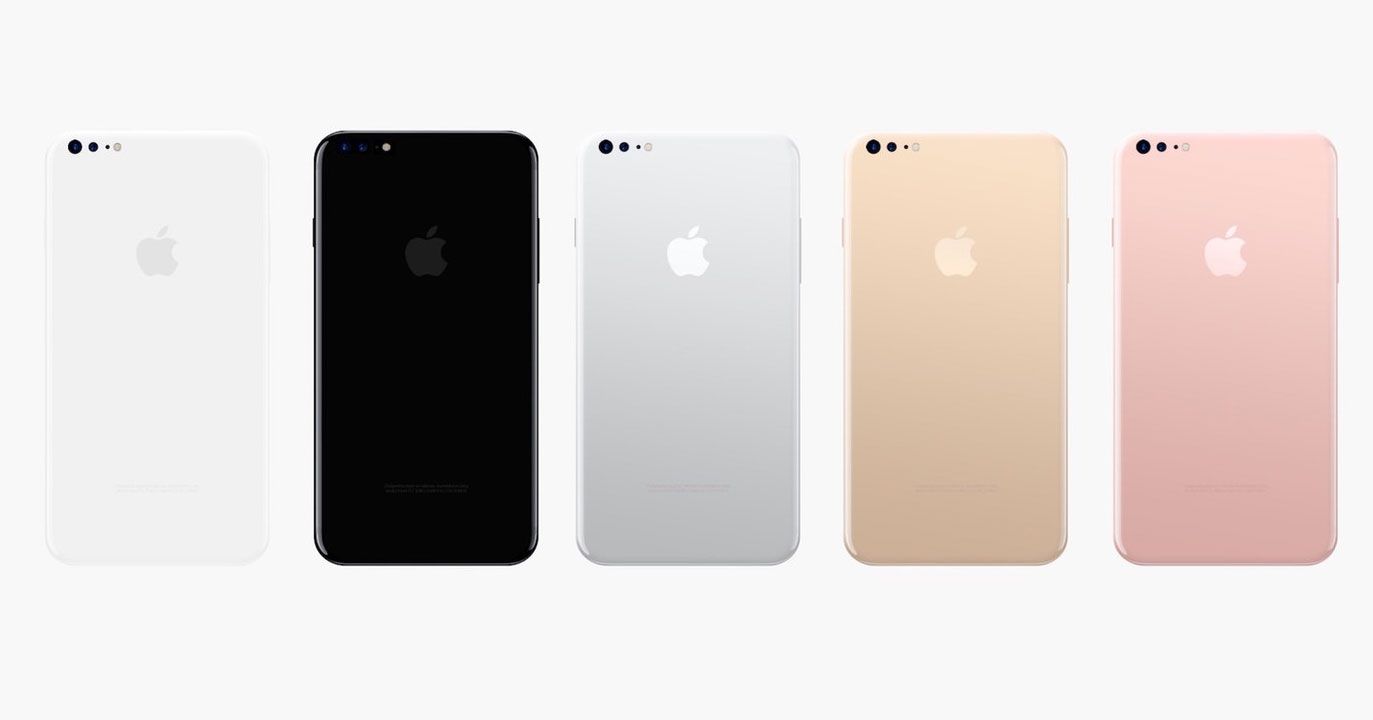