For many years certain layers of the authors of mobile games trying to catch up and overtake the consoles. “Mobile game console quality” – the phrase you’ve probably heard not once, not once for the nice words nothing good was hiding: in the best case, some pretty but stupid nonsense. With Dawnbringer, the new game from Kiloo Games, you can get burned on the same bonfire: the game positioned as expensive RPG with an open world. To put it mildly, not so – but this does not mean that Dawnbringer should be ignored. 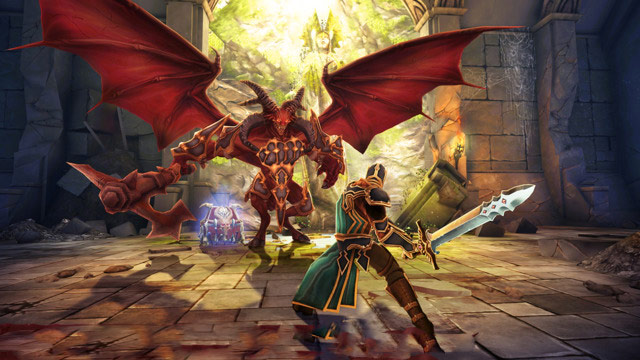 Dawnbringer begins with haraam beautiful movie: under the sky, flying armored angel, he catches up with the second, winged begin mutuzit each other in the spirit of the films of Michael Bay. In the process of air combat, it appears that both persons involved have each other as brothers; when they did reach the Ground, one with inspirational speeches evaporates, and the second is to clean up the problem (which will become clear later). The introductory video is the first and last time do not believe that in the hands of the iPad and not the controller from the PS4. After amazing video begins a typical mobile game.

To avoid disappointment: Dawnbringer looks weak. Seriously – something in the spirit of the first two “Gothic”, but with a design undeservedly forgotten game Kingdom of Amalur. The grass and the earth withered, and the resolution is low; on the screen crawl ladders. Himself armor, and the angel looks great, like its opponents – the evil demons – but everything else leaves much to be desired. 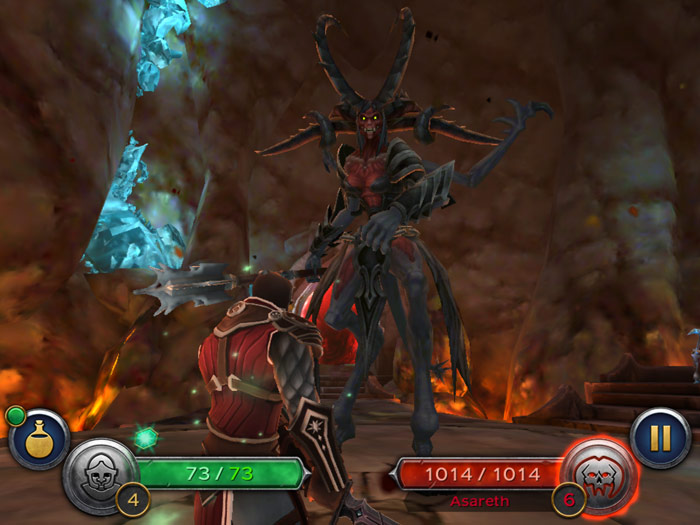 In principle, Dawnbringer has an excuse – the game is open world, basically you can walk anywhere, it takes a lot of resources. In practice it is not so: you have a few (small) locations, which, indeed, it is possible to run free. Here only to be engaged there is especially nothing – only to perform the mission.

The narrative in Dawnbringer is a specific way. You have generally broken into several stages: kill three demons in the area, to find the key to talk with the elders. Then, scrolling dialogue (plot – no), get a new job, and indulge in all those grave: monsters, keys, dialogue. Sometimes the location is crowned the boss. 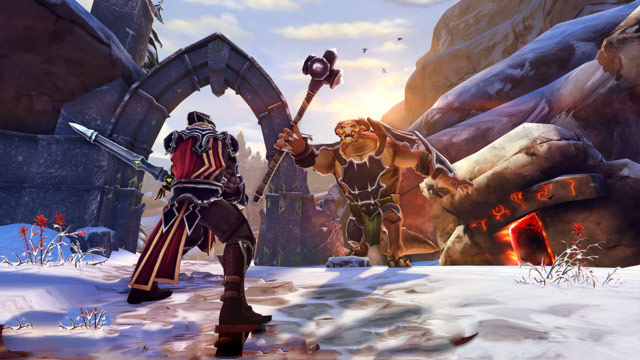 Most of the problems, of course, in combat – the game uses a feature called “swipe”. This is when your character gets up in front of the enemy, and you take turns exchanging blows attack you need to strike the finger. The more and more diverse scratch the screen, the better he fights ward. But remember about the defense: it should also deflect attacks, and for this you need to predict where will hit the enemy. All in General, and just like in Infinity Blade – who played will understand.

As befits all good role-playing games, hero here you can pump. He grows in levels, he can upgrade weapons and armor, and get a new one. Nothing unusual with the exception of the economic aspect. Do not forget that the game is made by the authors of the Subway Surfer’s so prepare in advance a credit card – free Dawnbringer deeply deceptive.

With all this, Dawnbringer have some powerful charm. It is definitely not a competitor of the console RPG – but not a competitor and some mobile. But Dawnbringer is a good game with its well-paced and does not require the user too much (except financial) effort. A sort of averaged segment: nothing outstanding, but it is made soundly.