Dead Shell: dungeon of the dead – behind closed doors

The beauty of roguelike-rpg – in their inconsistency: now one in ten minutes, in twenty to do something unimaginable. Through our secondary world it is extremely important any island identity. Roguelike games in the App Store a lot and there is always plenty to choose from, but another member of the family will not be superfluous, isn’t it? Meet Dead Shell, built in the dungeons HeroCraft is one of the most talented local studios. 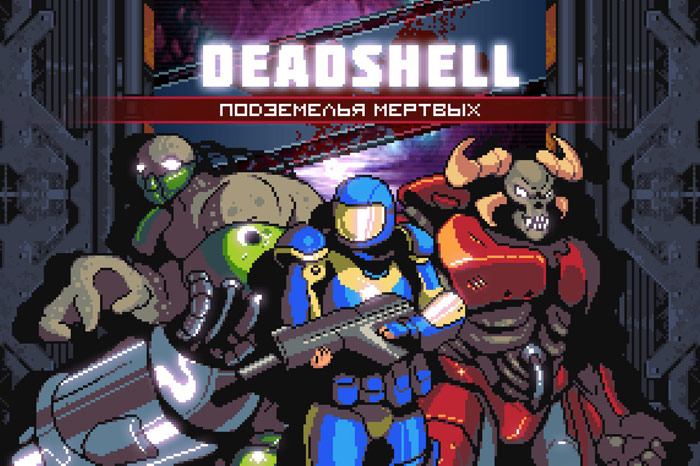 Plot the plot here is casual and obviously for show – on the space Shuttle, something happened, all the employees died and their place was taken by monsters of varying degrees of filth. You control a party of several thugs who have this Shuttle from defilement clear. Forward. 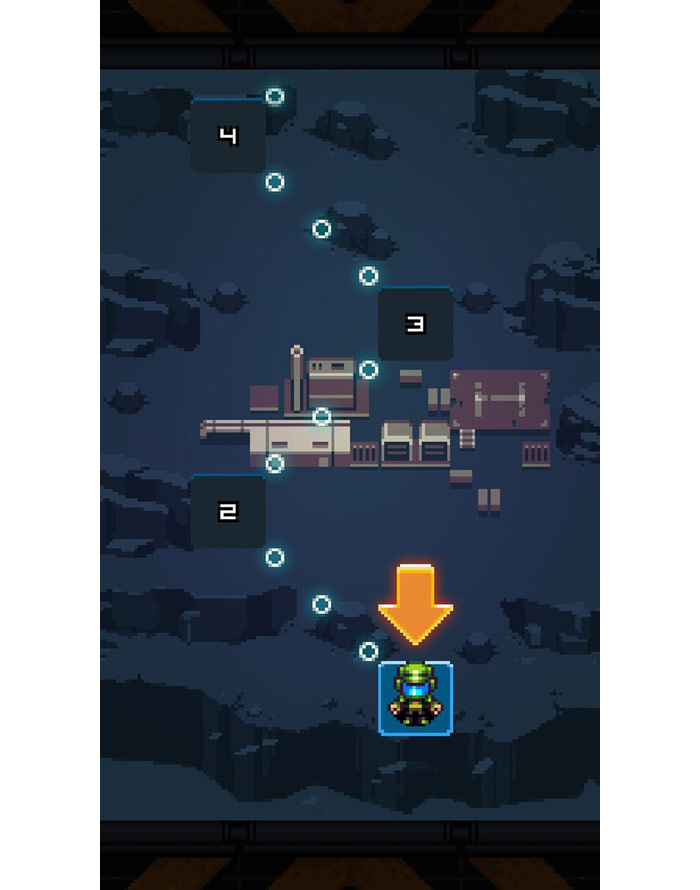 Dead Shell is built on the principle “from level to level – you gradually, step by step moving on. Each level is a small stop in the endless mazes of the Shuttle. You throw in the middle of the hub, Packed with rooms and corridors. Completely level you can’t see – only a few entrance locations, which are either monsters or chests. To get out of this horror, we must find a way out, going, literally, over the heads through boxes and enemies. Every time you someone win for a victim of open room. It can lead to a deadlock and to open access – the beauty of Dead Shell: you will never know for sure will pass the level. 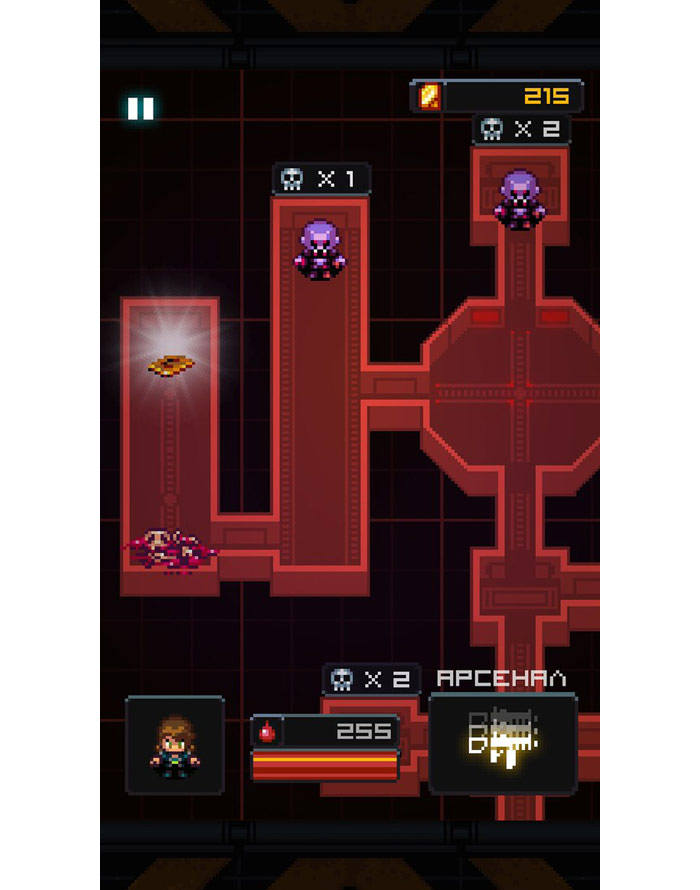 Because to fight with alien filth – exhausting exercise. Fighting is automatic and, therefore, affect though you can, but at the very least just exchange blows. In the battle the health of your character consistently is melting, and the cartridges run out, and if you don’t find a way in, there’s a chance that the lifeless body of the soldier will remain in the middle of alien corpses. 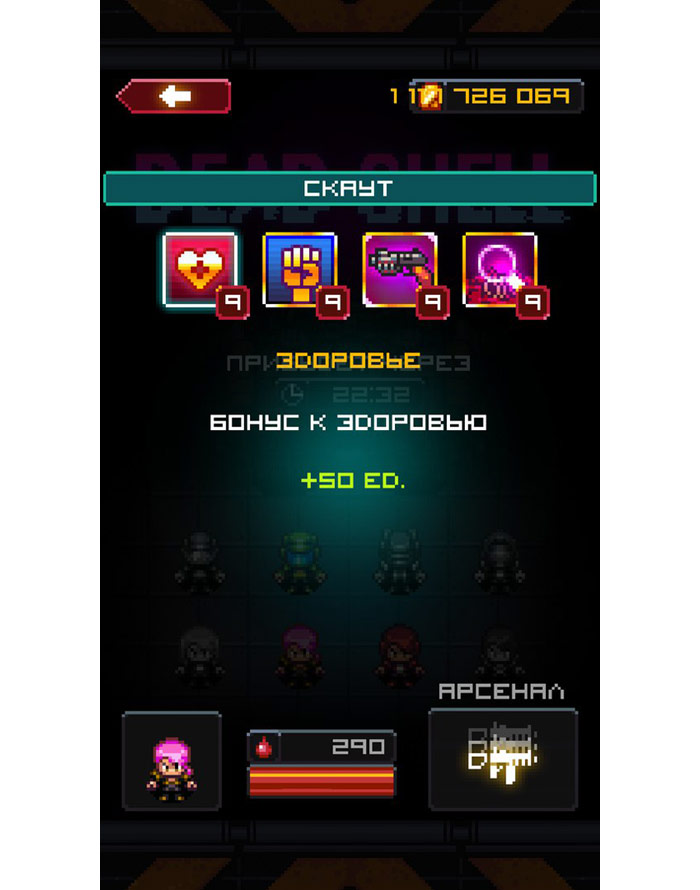 But most often, everything goes well – you run level, and found ourselves in a sort of “waiting room” where you can take a breath. There it is possible to change soldier (divided by class), to buy him a boost to health, replenish ammunition, or to issue new weapons – for example, the grenade launcher. The cornerstone of the local economy – ammo: they quickly run out and recover with difficulty. So think twice before taking on a simple matter powerful gun – it’s not going anywhere, but the scarce ammo you can then not find. 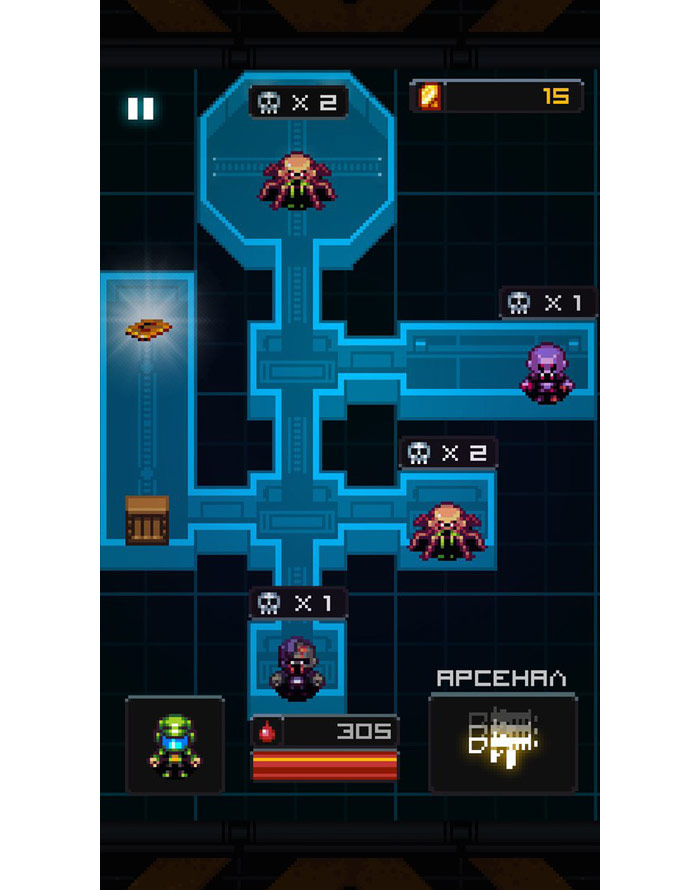 If you sensed something was wrong, and in my head already scroll through the options how developers can hypothetically resolve issues with the deficit, leave – Dead Shell is a tangible starting money, and after running it will not require anything. In this respect, everything is honest – give 229 rubles and play until you get bored.

To get bored really quickly – such is the proportion of all roguelike-rpg. They quickly capture, enslave and suck, but then just as quickly spit – pre-cut off a couple of hours. So if you need a great time killer, and you (suddenly!) don’t feel sorry for this thing a couple of hundred rubles – candidate in the queue.