Disassembly of the new 21.5-inch iMac revealed the presence of a removable CPU and RAM

This week Apple announced an update line of monoblock iMac with 21.5 and 27-inch. The specialists of iFixit rushed to study anatomy minor modifications of the computer “all in one”. 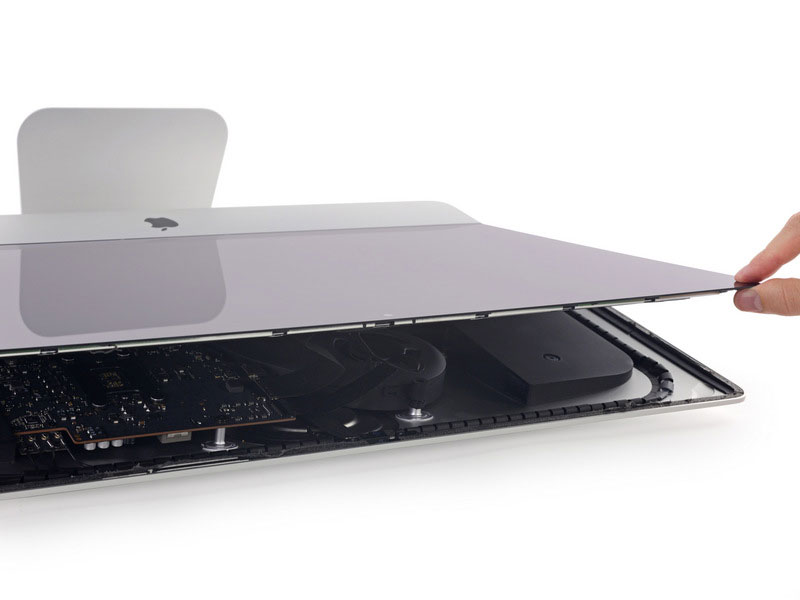 Recall that the iMac 2017 installed faster processors Intel Kaby Lake with a frequency up to 4.2 GHz, with Turbo Boost up to 4.5 GHz and support twice as much RAM. Fusion Drive is now included in the standard configuration 27-inch iMac and the older iMac 21,5″. SSDS have become up to 50% faster, and all iMac models are equipped with USB ports. the Entire line is equipped with a new GPU Radeon Pro 500 with 8 GB of memory. Model 21.5 inch running up to three times faster, and the 27-inch version — up to 50% faster.

Specialists from iFixit disassembled the 21.5-inch iMac with a 4K screen and found that the RAM and processor candy bar is not soldered to the motherboard and can be removed from the case. 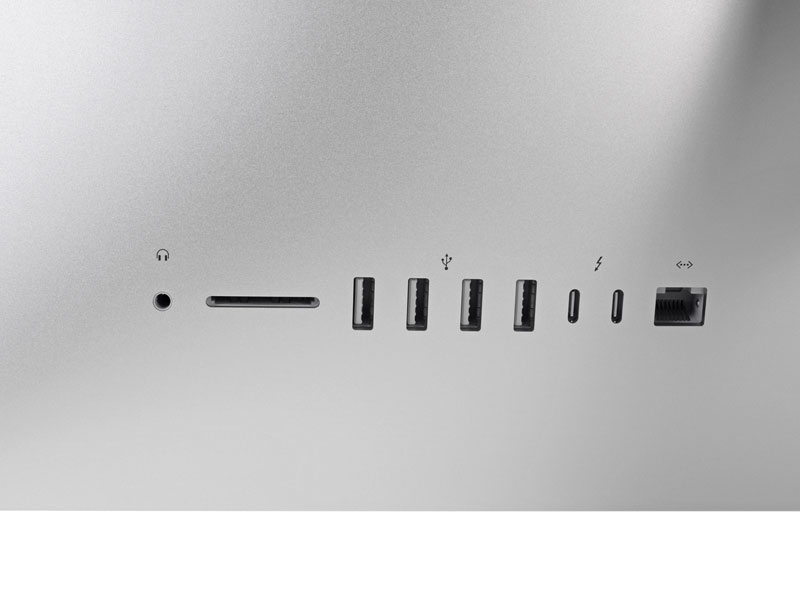 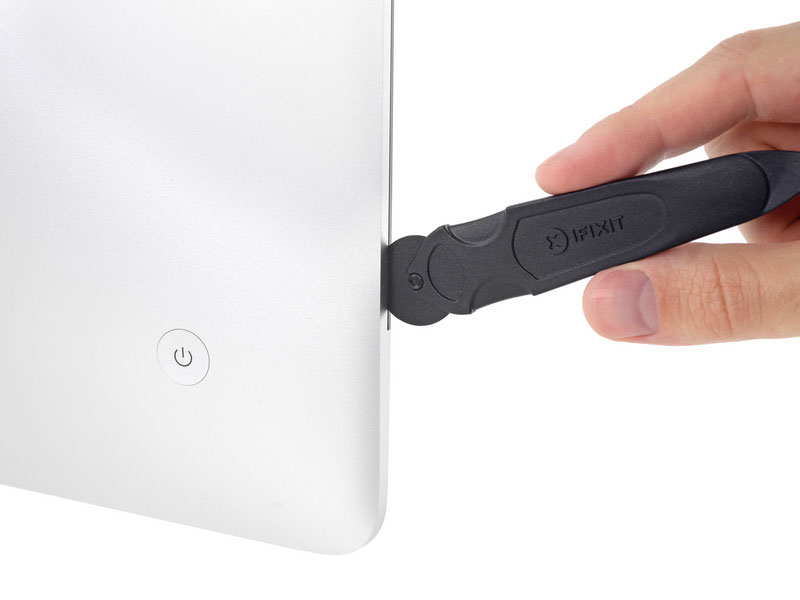 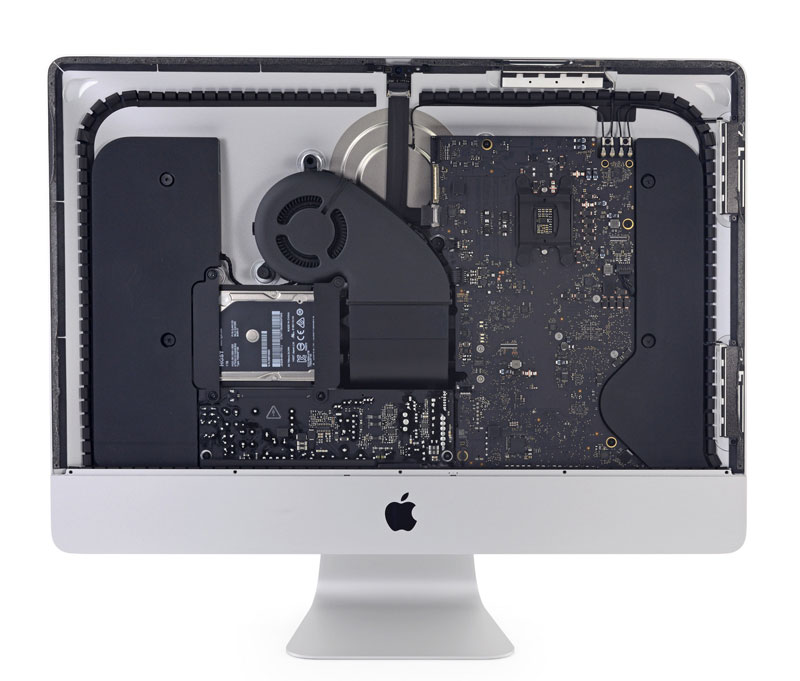 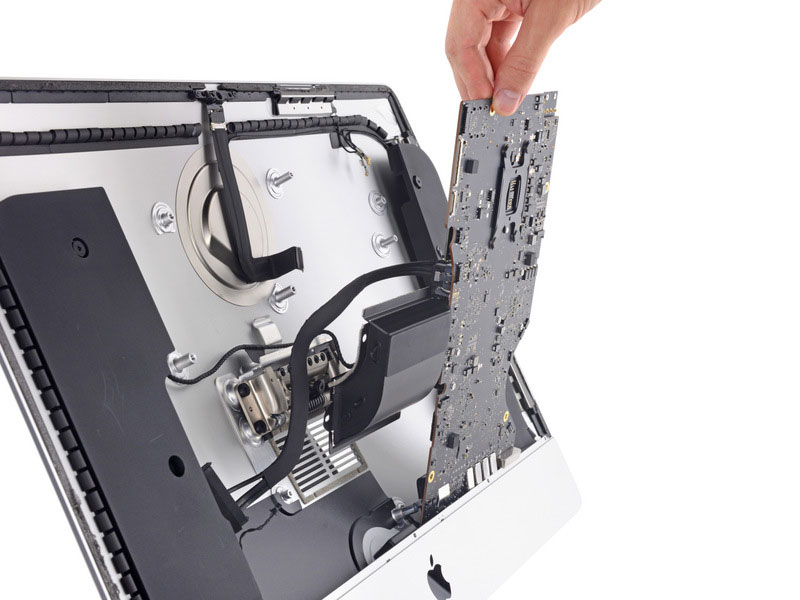 In iMac has 8 GB of RAM production SK Hynix and Intel Core i5-7400 with a clock frequency of 3.5 GHz. To get it you need to damage the stickers, but in this case, the warranty with Apple is removed (a warning made by the company).

To get to the components: CPU hidden behind many other details, although with a very strong desire it can be done without special equipment. The same applies to the CMOS battery, which is installed vertically. 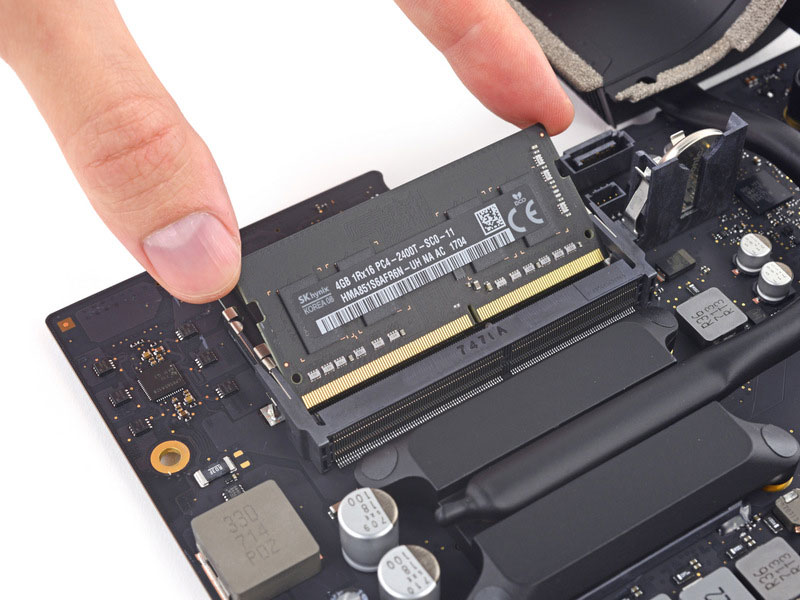 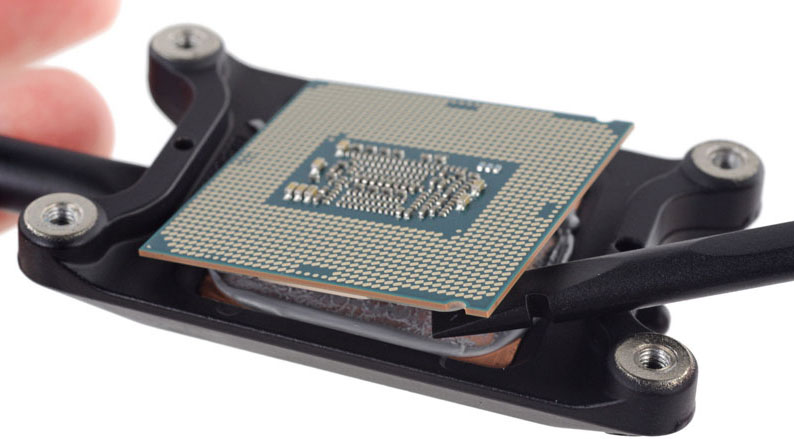 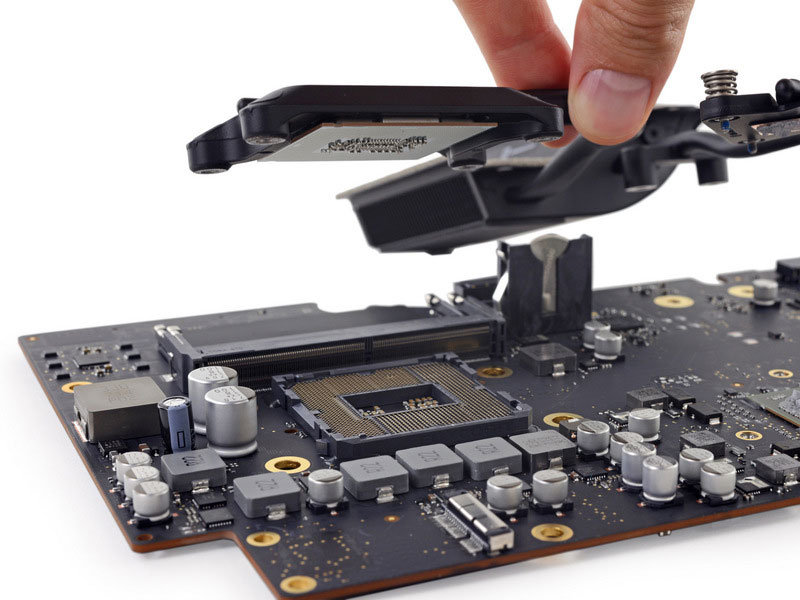 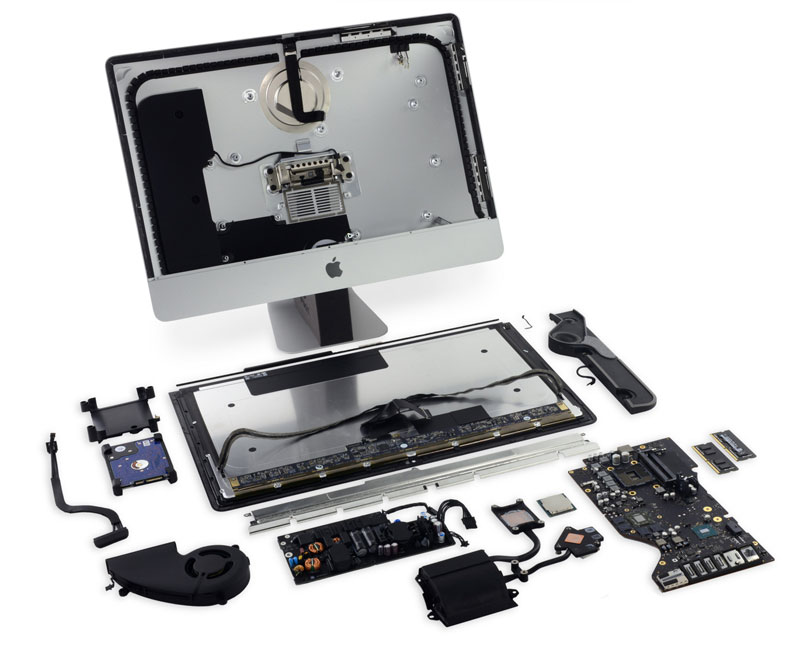 Overall, the new iMac is recognized as non-repairable — they earned only 3 points out of ten on a scale iFixit. The advantages of the design experts took the opportunity to replace the processor and RAM. The disadvantages — a long way for these components. The display and the protective glass still paired with each other, which greatly increases the cost of repair in case of breakage or damage.