Donald trump and Tim cook has planned for dinner

Apple CEO Tim cook and the President of the United States Donald trump agreed on a joint dinner, which was held yesterday. About this trump said in his Twitter. 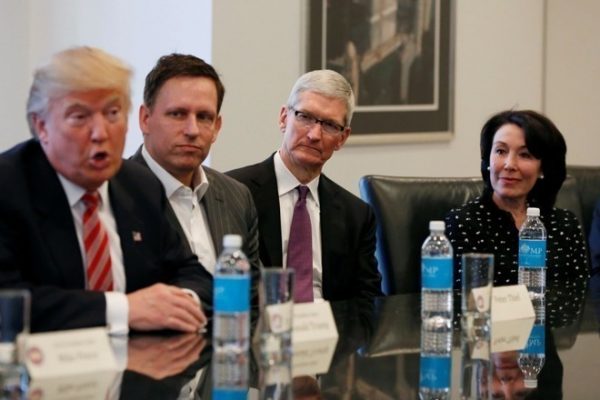 The meeting was the first in four months – the last time cook and trump spoke at the white house on April 25. Then they discussed trade policy and the head of Apple promised to release iPhone from any Chinese tariffs.

Perhaps that is what keeps Tim cook from offensive statements in the address of trump. Of course, sometimes Tim criticized the President and his policies, particularly that concerned immigration issues, but at the same time, highly appreciated last year’s tax reform President and have never had any problems with it.

Most likely their meeting was held in Bedminster, new Jersey, where he now rests by the President, or close to it.

In recent weeks, trump has repeatedly mentioned that Apple is building new plants in the United States. The company has not announced such plans, although the President may refer to the fresh or newly constructed campus of the company of Apple supplier Foxconn in Wisconsin.