Showcase shopping centre on Oxford street in London decorated with dynamic images used in the new iPhone and Apple Watch Series 4. This is reported by 9to5Mac.

The first floors of major retailer John Lewis, is located within a five minute walk from the flagship Apple store in London on Oxford street, now decorated with dynamic images of Wallpaper, which can also be found in the new generation of the Apple Watch and the iPhone. A similar image has already been used as during the presentation of the updated gadgets of the company, and during their subsequent advertising. 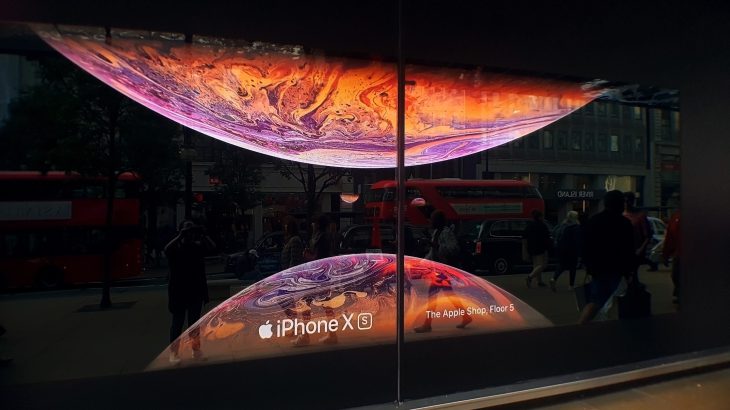 In fact, the image in the Windows of shops anyway are also is iPhone XS. Thus, the image of two planets, as in the picture above show the difference in the display sizes of the iPhone XS iPhone XS Max. Pictures not only move but also change each other.