A glass staircase at the new Apple store on Union square in San Francisco cost the company $1 million, or about $333 for 33 one step at a time, as the cost of the facade of the building was $10 million, according to documents published by PatentlyApple. 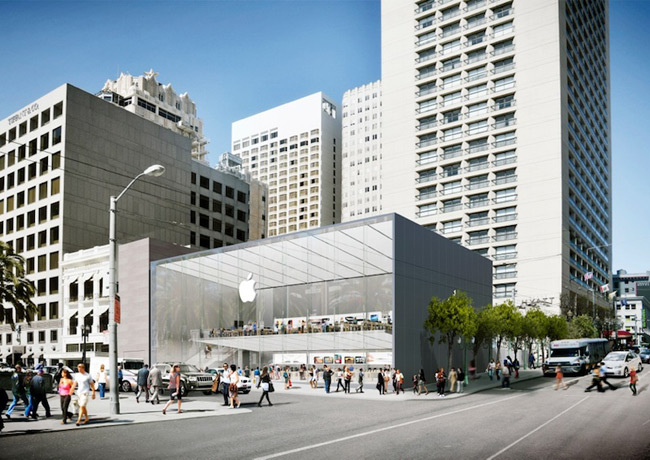 Update sprinkler system to cost Apple $2.28 million, solar energy installation on the roof of the building $800 000, and for the installation of canopy, the company paid $150 000.

The glass doors of the new Apple store go to Post street and Union square. The building is unique: it binds the most famous square of San Francisco c updated shopping center on the North side, forming a beautiful place for meetings and communication. 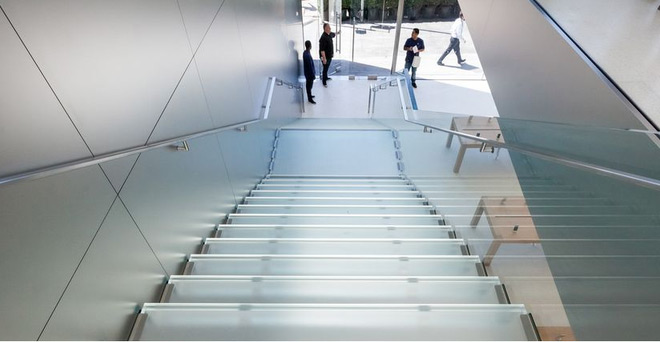 A list of the cost of a new Apple Store in San Francisco:

“At the weekend we learned from BuildZoom, the company received all the permissions for the new Apple Store, this Apple store has spent $24 million,” writes Patently Apple. From the published document it is difficult to fathom what the cost for 12-foot sliding glass doors outlets.

New Apple Store opened its flagship doors to buyers on Saturday, may 21.