Former NSA employee Edward Snowden called “delete and do not use” messenger Allo from Google. About the dangers of the service he wrote in his Twitter. 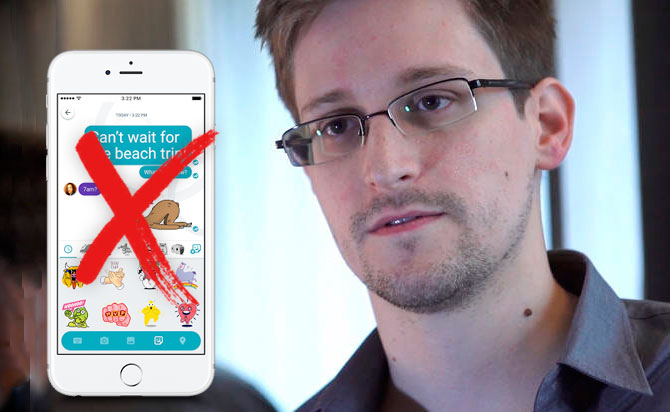 According to Snowden, the app from Google records every sent message and provides user data at the request of the police. “Do not use Allo”, — he said.

Snowden referred to the publication The Verge, on the eve of which drew attention to the fact that Google has abandoned plans for default use in Allo end encryption.

Smart messenger Allo, launched on September 21, equipped with a bot that monitors the conversations of the users, preserving them for later analysis. Google say that this will make the application more convenient for users. The company had previously assured that confidential user correspondence will be stored temporarily and deleted after a certain period of time. However, it appears that Google has changed the decision and are going to record and store all conversations.

“We gave users control over their data in Google Allo, — said the representative of Google. — Our approach is simple — history is saved for you until you decide to remove it. You can also delete individual messages or the entire conversation in Allo”. 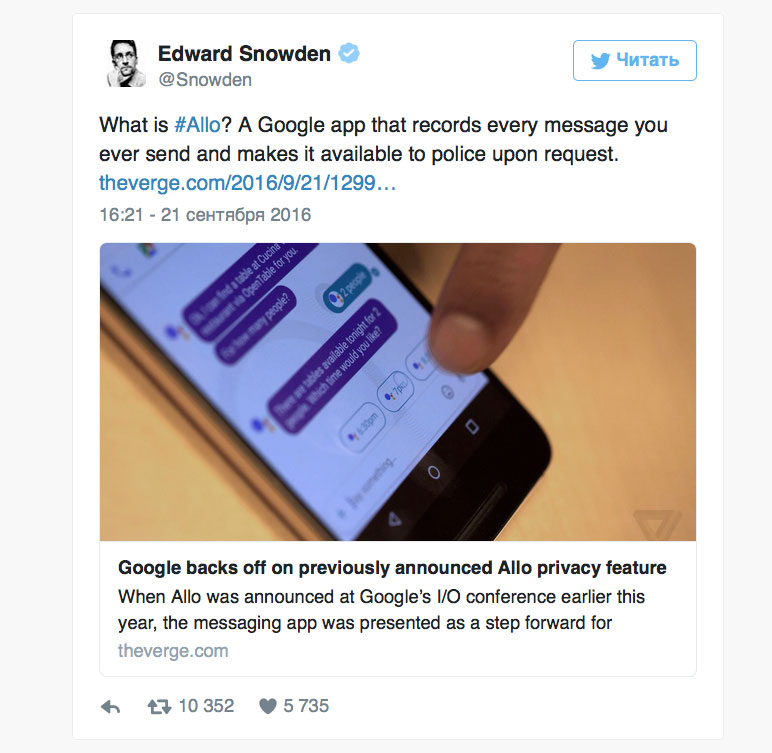 At the request of one of readers recommend a safe messenger, Edward Snowden suggested to use for Tor or Signal. When the subscriber asked the ex-NSA employee about the reliability of the messenger Telegram, developed by the founder “Vkontakte” Pavel Durov, Snowden said that by default this program is less secure than WhatsApp, which end-to-end encryption on all the time.

This statement did not go unnoticed, and joined the debate Pavel Durov, who recalled Snowden, most users of WhatsApp stores a correspondence unencrypted on the servers of Google Drive or iCloud. As a result, said Durov, about 80% of messages sent via WhatsApp are stored in the clear in the U.S., and intelligence agencies can easily gain access to these files.

This Snowden said that external factors play a lesser role, than application settings, and advised Durova to respond to criticism and improvements of your app.