Eight years ago ended a moratorium on the iPad

Steve jobs introduced the iPad in late January 2010. There was no USB ports, no Flash support, no ambiguity. However, the gadget still has become very popular. And the first reviews have played an important role. 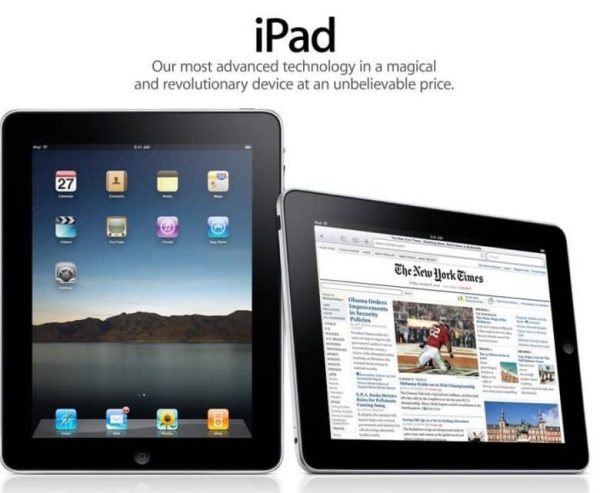 Since January 2010 Apple has opened the market of mobile electronics new niche, no one really could understand what the iPad is and what its functions are. Sales of the regular version was supposed to start on April 2010 and tablet are equipped with 3G module — 30 April 2010.

At the end of March was to lift the moratorium on reviews and many publications rushed to be the first to tell you about a unique product.

Even then critics noted that the tablet cannot replace a laptop. This device is for content consumption, not for creating it. With this statement Apple is struggling for the past eight years trying to prove that an iPad can do a lot.

The rest of the reviews were the most enthusiastic. Perhaps that is why the Corporation took only a month to sell a million devices. Cumulative sales of the first-generation iPad was 25 million units in 2010. Due to this popularity, the gadget became the most successful product launch of a new category in Apple’s history.