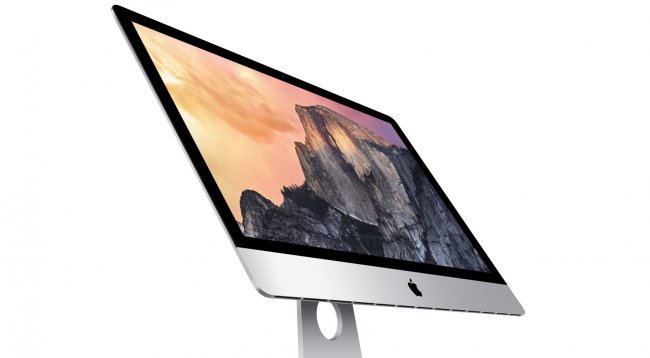 There are several devices, the announcement updates which we expect from WWDC 2015, but it just so happened that a conference devoted exclusively to software products. However, the mention of these has not yet announced device met the new beta version of OS X El Capitan, that hints at their early exit. Looks like we are still waiting for the update to 21.5-inch iMac and Apple TV.

21.5-inch iMac model to date has no variation with Retina display, however, the new OS X El Capitan added resolution support 4096 x 2304 points. While the 27-inch iMac got a 5K resolution, it is logical that the model with the smaller screen will get a 4K Retina screen.

In addition, El Capitan also there was mentioning of a new graphics chipset from Intel. Iris Pro 6200 is a new integrated graphics processor, which appeared in the beginning of the month, and it is logical to assume that his Apple will use in the new iMac. There is also mention of four processors Radeon R9, which may be offered for the upgraded version of the computer.

And, finally, the new file in the beta version of OS X El Capitan confirms the emergence of a new wireless Bluetooth controller which can communicate with devices using IrDA and will be equipped with a multitouch trackpad, and possibly even the Force Touch technology. The device also somehow able to work with sound. Perhaps we are talking about reproduction of sound or about Siri support.

Probably with the new console you can interact with Mac computers, as remote from the current generation Apple TV, however, we are not particularly in need. But what really could use such a controller is to interact with Apple TV new generation, the appearance of which we should probably wait for fall.