Eldar Murtazin has published several videos on the YouTube channel MobileReviewcom, which compared the features and capabilities of the iPhone 8 Plus and Samsung Galaxy Note 8. 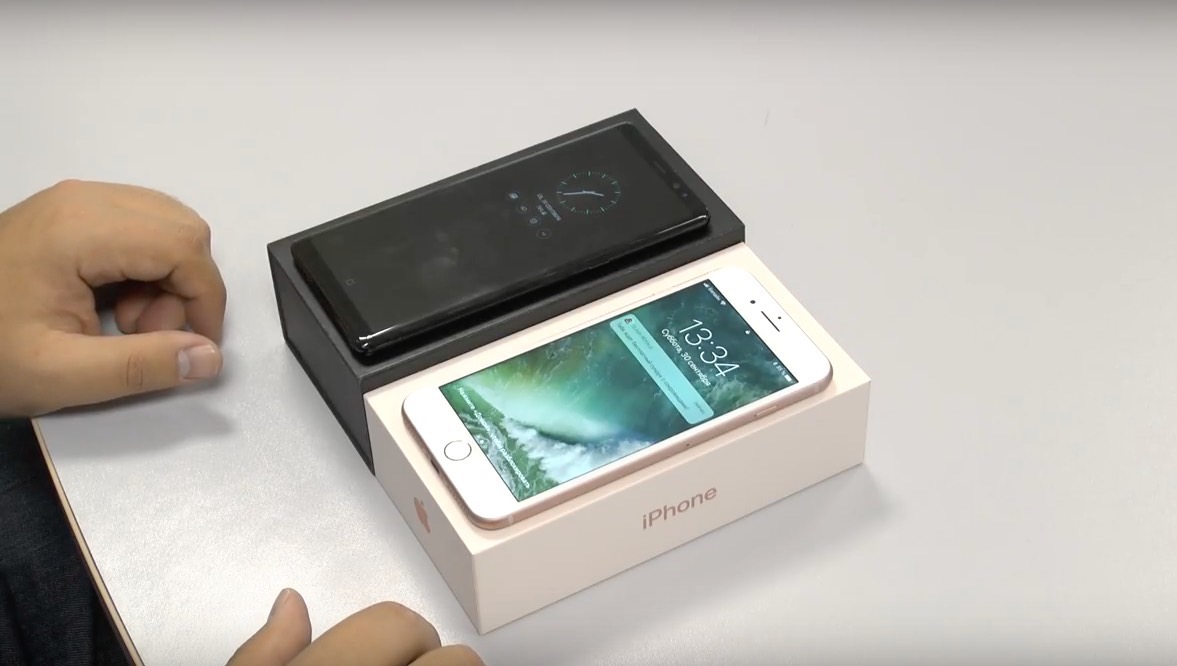 In the first clip Murtazin has compared the appearance not only of models, but also showed how smartphones differ from their predecessors. And, if in the case of Samsung, the difference is noticeable, the iPhone 8 Plus from iPhone 6 Plus at first glance to be quite difficult. Noticeable smartphones differ only in the design of the rear panel and the lack of audio Jack in the new smartphone.

Next, the analyst compared the performance of smartphones based on the example of open the PDF file of large size. In the video the flagship of Apple is much inferior in capabilities to the opponent, what Murtazin did not miss the opportunity to mention with a large dose of irony.

In the third video Murtazin compared the conversion speed and 4K videos. He recorded on both smartphone two-minute video, which then turned to black and white. When shooting movies Murtazin referred to the tests of the resource, Tom’s Guide, according to which iPhone 8 several times larger than the Galaxy Note 8. In the video Murtazin Galaxy Note 8 has coped with the task in 22 seconds faster.

Previously, we wrote about the fact that the publication CNET compared the iPhone’s camera 8 Plus and Galaxy Note 8 in movie mode. According to the newspaper, the flagship Apple surpassed rival.