Leading mobile analyst again dissatisfied with the technique of Apple. This time got AirPods wireless headphones. 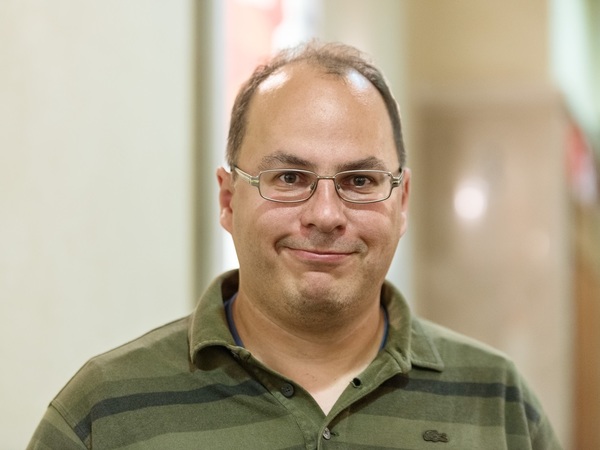 Eldar Murtazin has complained that music from the AirPods often hear other people. “It’s a feature, not a disadvantage?”, asked the analyst.

In response, the men began to explain to him why he’s wrong. One Twitter user noted that this feature of the form factor of these headphones. Murtazin this answer is not convinced. 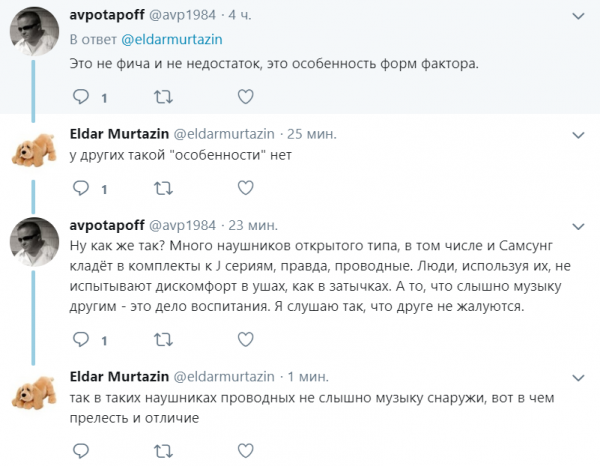 The rest began to prove that the sound is inaudible outside of the AirPods, and if heard, then there is nothing wrong with that. But Murtazin these responses also were not satisfied. 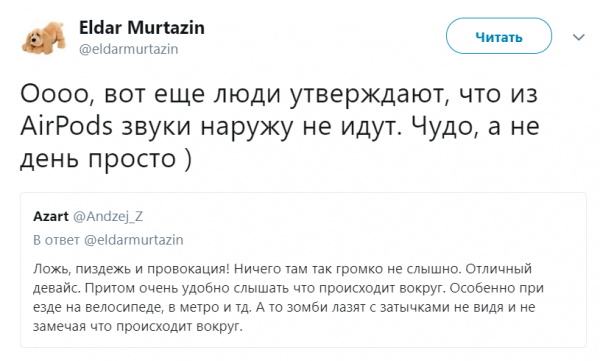 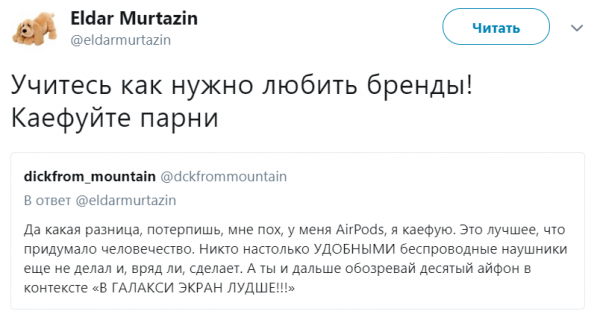 Some users agreed with the analyst that the sound of AirPods hear surrounding. 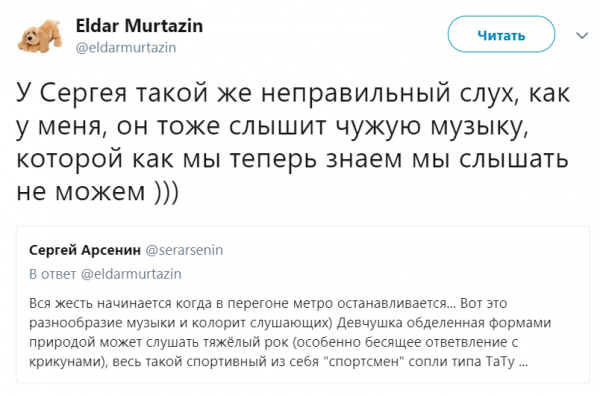 Someone wanted to catch Murtazin on what he sees flaws only on Apple devices. In an example cited similar headphones Huawei Freebuds that tested Murtazin. But the analyst was able to impress, stating that it “hopes not.”