The company Energysquare created by two French entrepreneurs, held a successful Kickstarter crowdfunding campaign for launching wireless charging. The technology posited the electrical conductivity of the metal contacts, whereas in most popular wireless charging devices use the phenomenon of electromagnetic induction or resonance to create an electrical field between two copper coils – a transmitter and a receiver. 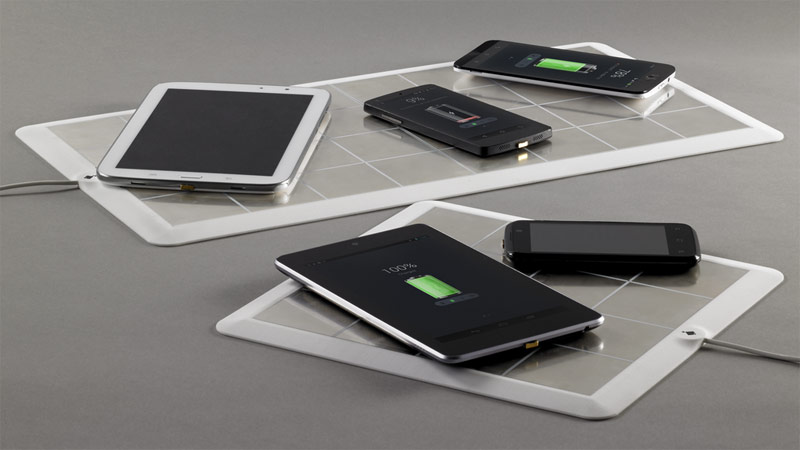 Thin sticker is supplied with a cable with the Lightning connector or micro-USB that plugs into the charging port of the mobile device. With this cable the two electrodes of the sticker in contact with the battery charging device.

When the device is placed on the surface of the charging pad EnergySquare consisting of conductive squares, separated from each other by layers of insulating material, two electrodes come into contact with two different squares, and the circuit is closed. 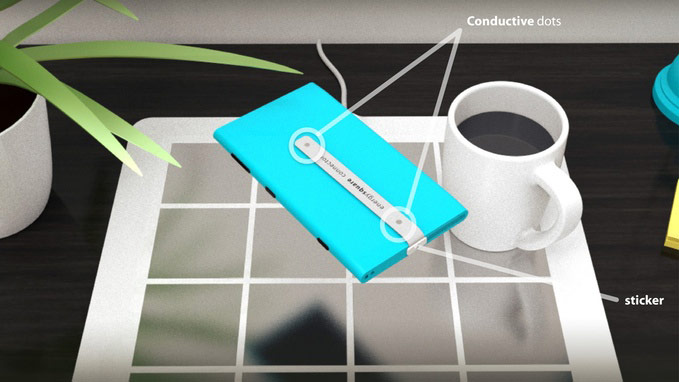 “We have developed a special surface and sticker, – said General Director of Energysquare Thibault the Ged. – When you put the phone on the surface, the two electrodes sticker come in contact with two different squares. The surface detects the presence of the device and starts to charge its battery. Charging is not carried out by electromagnetic induction, and directly, through contact between sticker and surface.

Each of the squares of conductive charging pad is controlled by a built-in system independently of the other, so you can charge multiple mobile devices using different protocols. The surface of the charging pad automatically detects foreign metal objects or water and, if available, is switched off instantly. 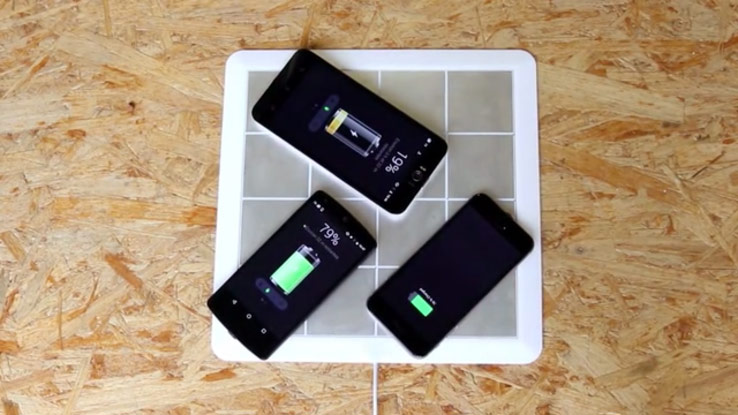 “On the Mat you can put anything you want, and wash it with water, – said the Ged. – For compatibility with all types of portable devices – drones, wireless speakers, portable computers, etc. – we have developed specific open standard”.

For 39 euros the first sponsors will be able to get the charging Mat and charging SquareOne five stickers for iPhone, Android phones or tablets. They also have the opportunity to order SquareTwo charging pad with increased surface area.

The founders of Energysquare argue that with new technology can charge devices at the same speed and efficiency as traditional power outlets.

“The basis of our product is put very simple idea that the device for the most part lie on certain surfaces, and this time could be used with benefit”, – he explained.

Energysquare expected to gather for the month of 30 000 euros, however, the team has raised production three times more. Delivery of the accessory to the first customers is planned for July of this year.